The Black Lives Matter movement has gained huge traction since the death of George Floyd. We explore why it is crucial that particular support from South Asians does not falter.

The Black Lives Matter (BLM) movement was founded to address racial discrimination towards the black community. With diaspora scattered globally, countries now house diverse and multicultural populations. Yet skin colour, remains an obstacle for so many people.

South Asians are no exception. Particularly following post-war immigration to the UK, many parents and grandparents were subject to hurtful discrimination. Racism was rife, perpetrated by the far-right National Front and British National Party.

Today, attitudes towards South Asians are generally less extreme. Racist remarks towards the community – albeit inherently wrong – stem from ignorance more than anything.
Black people are experiencing something much worse though. They continue to be the victims of institutionalised racism.

Black Lives Matter was born in 2013 in response to the shooting of Trayvon Martin. Since then, the movement has worked to fight state violence and police brutality against black people.

Further attention was brought to the cause following the unjust murder of George Floyd in 2020. It sparked protests and an increased vehemence to educate and learn about the oppression of black people.

South Asians all over the world have actively been showing their support – learning more about the cause, attending rallies, donating to funds.

However, some internal issues in the community prevent this solidarity from seeming genuine. This article explores how our support of Black Lives Matter needs to start by taking action a lot closer to home.

Address Colourism in the Desi Community 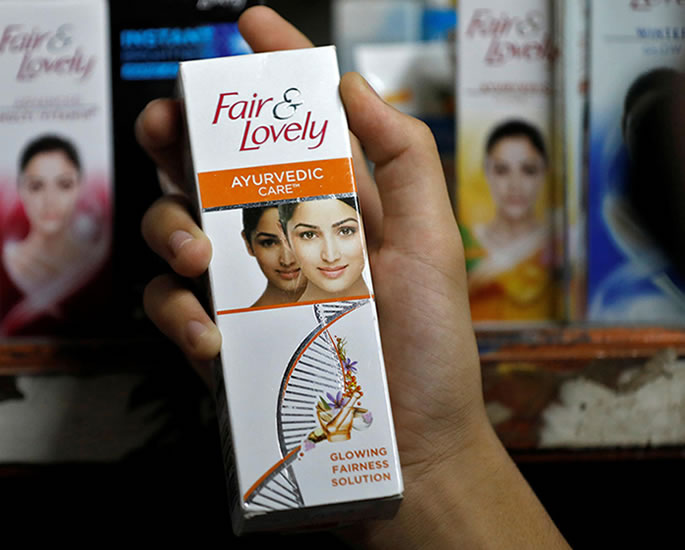 South Asians are all too familiar with skin colour being a topic of conversation.

How about when your white friend returns from 2 weeks in the sun. They start to roll their sleeve up and you just know what is coming. “Look, I’m nearly as dark as you now!”
A trivial comment, meant with no malice.

But it is white privilege that enables this kind of discourse. Their tan will fade; it is a temporary aesthetic. It comes without the discrimination and bias that those with darker skin face regularly.

Yet the worst thing is that this discrimination can come from within our the community. A culture of anti-blackness is apparent and continues to ferment.
Consider the idealisation of fair skin.

Home-made remedies have been passed down through the generations – all with the promise of lighter skin.

An article on India.com even collected some of these remedies, writing ‘Fair and flawless complexion is a dream for many girls out there.’

Renita talks about her experience growing up:

“They would talk about other girls like ‘she’s too dark’ or she’s pretty but she’s dark’ when it came to marriage.”

This toxic mindset is often disguised as playful mockery but the implications are harmful. Meghna says:

“I’ve always been made fun of for having darker skin than my mum.”

“I don’t let it bother me but some of my friends experience the same and it gets to them.

“We’ve even been on holiday and they stay out of the sun, wary of tanning.”

Following a huge uproar, the popular ‘Fair & Lovely’ underwent a rebrand to ‘Glow & Lovely’. This only triggered further backlash. What would a name change achieve when the aim of the product remain the same?

Acknowledge the Role of Bollywood & Music 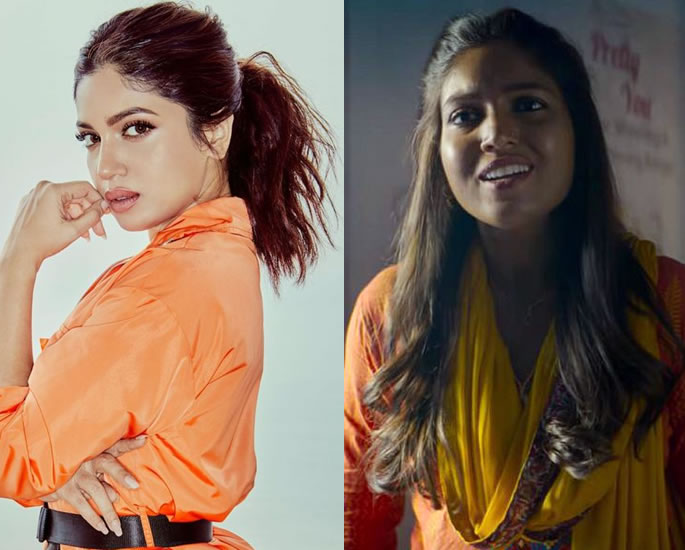 In songs, lyrics like ‘gori’ (white-skinned) or ‘dudh vargi’ (like milk) are constantly used in describing beautiful girls. The hit track ‘Chittiyaan Kalaiyaan Ve’ literally translates to ‘Your White Wrists’, which are strangely glorified throughout the song.

Yet, ironically, many Desi songs take inspirations and influences from black orientated music such as Hip Hop and Reggae.

Think of the actresses in the spotlight; how many of these are dark-skinned?

The popular 2019 film ‘Balu’ seemed progressive, delving into the issue of skin tone discrimination. That is, until you consider the casting.

Rather than hiring a darker-skinned actress, Bhumi Pednekar had her face darkened with makeup for the role.

Ironically, an attempt to highlight skin-tone prejudices in society had at its core a deeply derogatory colourism practice – blackface.

This all promotes the agenda of fairness and beauty being synonymous. Blatant dismissal of darker-skinned actresses only implies industry success is influenced by – if not reliant on – fitting a skin ideal.

It is shameful that Bollywood enforces, rather than challenges, this culture of anti-blackness. Though several Bollywood stars have shown support for BLM, their hypocrisy is apparent.

Priyanka Chopra and Sonam Kapoor are two examples. They have taken to social media, preaching solidarity and the importance of active support for BLM.

They are right – yet it is difficult to view their stance as genuine when both have participated in advertising campaigns for products promising fairer skin.

Fighting racial injustices whilst endorsing skin-lightening? The contradiction is astonishing. Until the community’s prejudice towards darker skin is addressed, actions to support Black Lives Matter seem little more than performative.

Address Racism in the Home 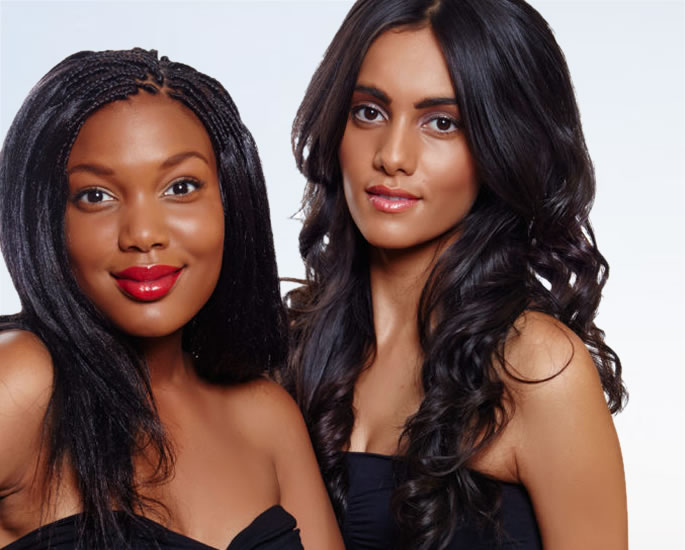 In South Asian communities, there is no denying a negatively stereotypical view of black people does exist. Though mainly an issue amongst the elder generations, it persists nevertheless.

Akshay speaks about his neighbours, saying:

“Our next-door neighbours are a black family. They are lovely and I’m good friends with their son.

“My grandad is ignorant to this when he comes to visit though. He double locks his car and keeps checking it when we’re inside. ‘Got to be careful with those kaaleh (black people) around’ he said once.”

This vile racial profiling is all too common.

Some Desi’s can be quick to view black people through a stereotypical criminal lens – as thieves, gangsters and drug dealers. Do they do this with full awareness of the drug problems affecting British Asians in the UK and especially, Punjabi communities in India?

While inherently wrong, we must question why such negative perspectives even exist.

Many South Asian and black immigrants arrived in the West at around the same time. Surely, shared oppression at the hands of white people enabled a form of connection and bonding.

This is true in the case of Bahadur’s grandparents. He says:

“When my grandparents first came to Leicester, they lived in a house-share with a black couple. They all became really good friends.”

“My grandparents never viewed people negatively or differently because of race. All my black friends are so well-integrated into my family.

“They get along with my grandparents better than I do!”

Whilst stories like this are heartening, they should be the norm. Until the damaging stereotyping of black people has completely perished amongst the community, there is work to do. 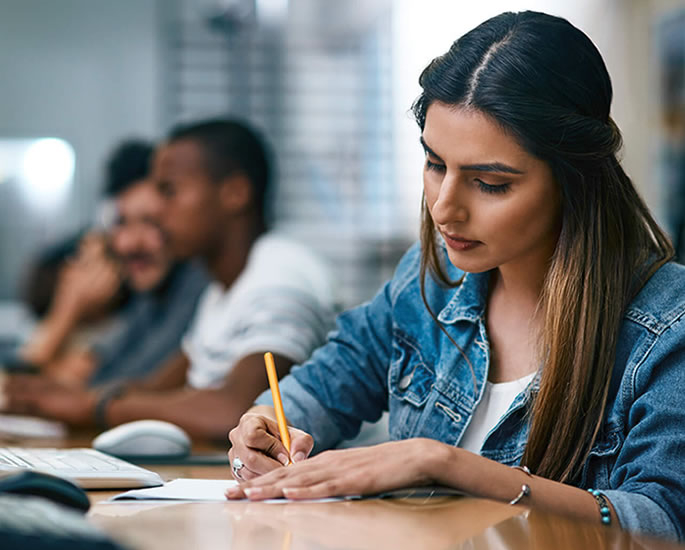 It may be easy for outsiders to group all racism under one umbrella. However, we should understand the sometimes nuanced yet often drastic – differences in experience.

Figures show the community boasts low employment rates and a tendency to excel in education. One report even found British-Indian graduates to earn more on average than other ethnic groups, including the white majority.

The presence across sectors is notable too – in TV, business, fashion and more. UK Prime Minister Boris Johnson’s cabinet too has British-Asian MPs at the forefront.

Unquestionably, achievements of the South Asian community should be celebrated. It is when this occurs at the detriment of other minority groups that problems arise.
This is exactly what the ‘model minority’ label does.

It hones in on the socio-economic successes of South Asians in a way which shames other groups. It essentially says: if this minority has been able to succeed, why haven’t you?

Put simply, South Asians are higher on the social hierarchy of privilege than the black community.

In the UK, black people have a lower life expectancy due to higher proportions living in deprived areas.

6% of black school leavers attend Russell Group universities, compared to 12% of Asians. Those who enter the workplace with a degree still earn around 23% less than their white colleagues.

This is why many black people are uncomfortable with coinages like people of colour or BAME (Black, Asian and Minority Ethnic).

These phrases take everyone whose skin is not white and clump us all together.

They completely disregard the stark disparities in the experiences of each ethnic minority.

This is not to say that South Asians in the west live a life free of racial discrimination.

When walking through predominantly white areas and getting stared at like aliens is a common experience for many. Or receiving racial abuse with the P-word. And without doubt, Islamophobia runs rife, facilitating a culture of hate towards Muslims, and South Asians in general too.

However, the Desi community occupy a middle ground – victims of racism as black people are, yet in proximity to the benefits that whiteness reaps.

In utilising lived experiences of racism alongside social advantages, South Asians have the potential to become successful champions of Black Lives Matter.

The fight for racial justice is no small task. Yet introspection of the Desi community shows the impact small actions can have.

This discomfort is insignificant when racism can be a matter of life or death for black people.

Reignited by the murder of George Floyd, the fire of the BLM movement must not burn out. It is a mindset, not a trend. It is a fight for racial equality, not a fad.

Sharing Black Lives Matter posts on social media, donating to relevant funds, signing petitions is great but think about what else you could be doing as a South Asian. The fight may start closer to home and helping change mindsets.

Monika is a Linguistics student, so language is her passion! Her interests include music, netball and cooking. She enjoys delving into controversial issues and debates. Her motto is “If opportunity doesn’t knock, build the door.”
Indian Police Officer commits suicide after Call with Girlfriend
Indian Mother & Lover murdered by Husband & Son