Do Looks Matter in a Desi Arranged Marriage?

Having a Desi arranged marriage is a distinct part of the South Asian culture. We explore whether looks do matter in over personality or not.

"the less we had in common the more I detested him and found him even more unattractive."

When it comes to a Desi arranged marriage, most people know the drill. But whilst the ‘rishta’ process has now evolved, do prospective families and couples actually consider looks when meeting their potential future husband or wife?

Ask British Asians what they ‘look’ for in their potential partner and the answers gear towards the type of job they have, their income, their family background and religious beliefs. All fairly stereotypical, but nobody seems to describe the physical attributes they are looking for.

So does the question ‘do looks matter?’ factor into the decision making? Is this more of a subconscious decision taken by those who are having an arranged marriage, or is this aspect even discussed?

Or is it openly obvious when there is no physical attraction that a lot of rishtas don’t take place? As per that infamous scene in East is East when Om Puri is arranging a meeting with prospective brides for his sons? 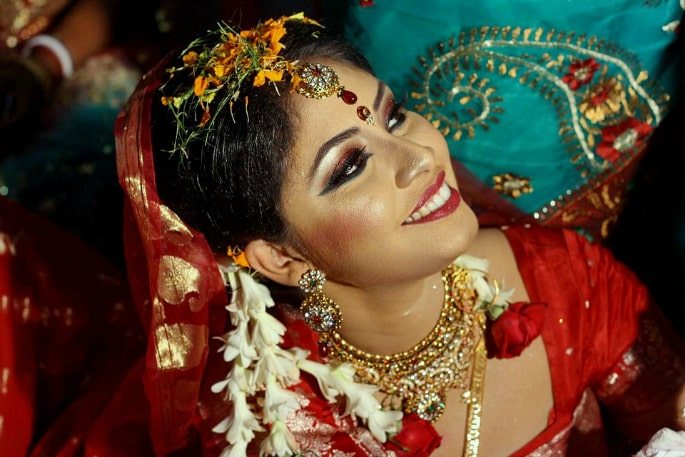 Couples who had a traditional Desi arranged marriage from the ’70s and ’80s where their families were the decision makers were asked the question ‘did you consider looks?’ didn’t seem to garner much of a real response.

It’s as if the question itself is strange. Speaking to Prakash, he didn’t quite understand and had never even considered it:

“My father said he’d found my future wife, it wasn’t my place to question whether or not I was attracted to her as long as the families were compatible and happy.”

Luckily for Prakash, he was attracted to his new wife. They got on and have now been together 36 years, but not everybody gets this lucky.

Sophia has seen first-hand that looks do matter to a couple long-term. Her own parents suffered due to lack of attraction when their arranged marriage was set up:

“My parents have been married unhappily for 22 years as my father has no attraction for my mother. It ultimately ruined two lives for the sake of staying together. There is the sense that because the marriage was arranged you must make it work, whether there is an attraction or not.”

Indrajit speaks of his own situation. He had an arranged marriage in his 20s, which unfortunately ended in divorce after 10 years. He says that looks did matter to him and it helped in making the decision to say yes:

“We spoke for 20 minutes and we both decided to go ahead with the marriage through the vichola (matchmaker) and it helped that I was physically attracted to her.”

His experience post marriage and going online has been a different story. He’s found that:

“Girls do judge me for my looks, I’m a Sikh, with a full beard and turban so girls do judge based on that, as it may not be attractive to some women.” 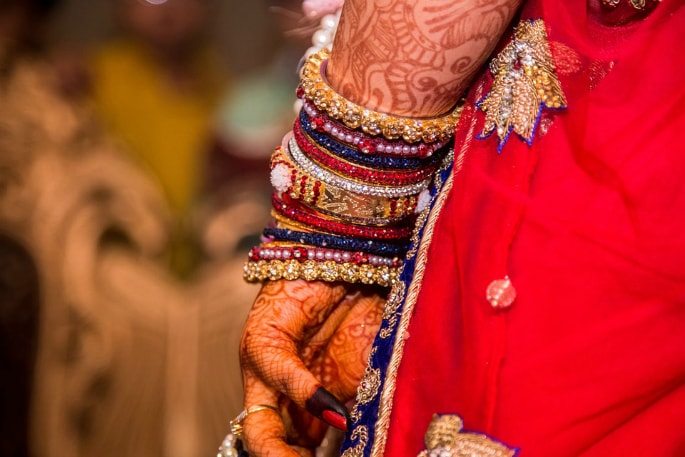 Meena, on the other hand, had an arranged marriage quite young. She tells us that looks didn’t factor into the equation, and admits now that she wasn’t physically attracted to him but being quite young decided to go ahead due to families approving the match:

“It was very traditional, looking more at the relationship between two families as opposed to whether or not I was attracted to him, after a few short weeks it became apparent we had nothing in common, as he was from India and I was born and raised in the UK, the less we had in common the more I detested him and found him even more unattractive.”

Meena’s marriage ended in divorce. Meena advises that her now ex-husband was, in fact, using the arranged marriage as a convenient way to enter the UK and gain a British passport, which was revealed at the time of divorce.

Sadly, Meena’s situation as a British citizen being used for a passport by those back ‘home’ is not uncommon.

Many younger brides will marry older men, looks not factoring into the equation, so that they can get a visa into the UK.

Widowers and divorcees are often taken advantage of when looking at remarrying and going back home to find brides from India or Pakistan, which can lead to messy situations after marriage.

Oftentimes, these women are not interested in the physical appearance of their future spouse, so looks are almost irrelevant if it means a quick visa to the UK and a ‘better’ way of life.

Sunny who in his 50s lost his wife, went on to remarry someone 15 years younger. She took advantage of his widow status and caused havoc within a year after the marriage, having been granted a permanent visa. 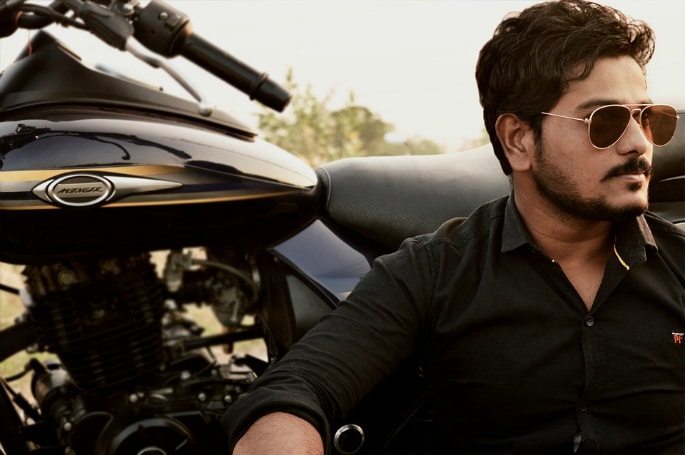 With online dating sites and apps aplenty, the way we look at finding a new partner has become somewhat superficial.

People are judging others based on profile pictures rather than personality. A quick swipe to the right within the first few seconds is enough to judge whether or not they find that person attractive without looking further into their profile.

When asked directly, it seems that people don’t necessarily answer truthfully whether looks matter more than personality, for fear of making themselves appear shallow.

The other most common answer that people gave us is that it has to be both personality and looks when it comes to an arranged marriage.

During the rishta process, it is often common for a boy and girl to rely on looks alone at their first meeting. As this will often affect the way they interact with each other.

Rea has been in situations where she has gone to see a prospective boy arranged by family members. She admits that looks really do matter to her:

“If I’m not repulsed by them in any way I’ll meet up with them later and get a feel for our dynamic. Having a good time and liking their personality speaks volumes in a potential match, even if they are only average looking.” 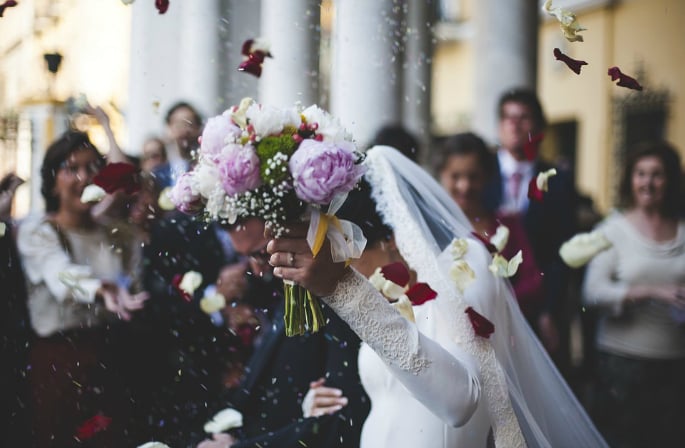 Most, when asked, agree that it has to be a balance of both, but don’t admit that looks do matter a lot on first impressions. Neela says:

“Physical attraction can go only so far if the two people concerned are completely opposite to each other in their beliefs and way of life.”

Some have been lucky enough to have both. They have been physically attracted to their partner and found a friend through their dynamic as a couple. Others have not been so lucky.

But spending a lifetime with somebody who you are not attracted to can be just as bad as someone you are attracted to but having nothing in common with.

So maybe the answer to ‘Do Looks Matter in an Arranged Marriage?’ is, yes they do matter, but it’s better to be coupled with a compatible personality.

Traditional setups for a Desi arranged marriage are becoming increasingly less common. With the new generation of singletons turning to online dating, apps and social media to find the one.

Almost, certainly, the most common question asked when talking to someone online is ‘can you send me a picture?’ so, looks do make a difference. The taking of instant selfies or quick videos on almost every social media app and hitting send is so common that personality seems to be taking a back seat if there isn’t an instant attraction.

Shallow as it sounds, the aspects of looks, even with an arranged marriage is much more of a factor than it used to be. Thank your social media filters and unrealistic expectations of beauty perhaps, but there seems to be a tilt towards looks over personality, and it could become even more of a differentiator in the future.

Mani is a Business Studies Graduate. Loves to read, travel, binge on Netflix and lives in her joggers. Her motto is: ‘live for today what bothers you now won’t matter in a year’.
Varun Chaudhary weds Anushree Tongya in Luxury Indian Wedding
India Rocks Or Not? by Alchemy Black Country 2017