10 Experiences Growing Up as a Scottish South Asian

“You don’t look Scottish … Scots are blue-eyed, pale-skinned and ginger … aren’t they?” What is it like being a Scottish South Asian?

"They think they’re goreh. They don’t want to be part of us."

White people make up around 96% of Scotland’s population. With few brown faces, what is it like being a Scottish South Asian?

Never mind representation in the media, children can often be the only Scottish South Asian in their classes.

However, South Asians have had a rich history in Scotland. They arrived mostly after the Second World War and many opened up businesses.

This has lead to the Scottish South Asian community being awarded the opportunities their grandparents (and great-grandparents) weren’t.

That was the point of the move, elder South Asians remind their descendants. It was to make a better life with many hoping to return but never did. The community is small but remains strong.

In a big South Asian community, everyone knows everyone else’s business. What is it like in a smaller one?

DESIblitz has a look at ten experiences of a Scottish South Asian.

Comparison to Every Scottish South Asian 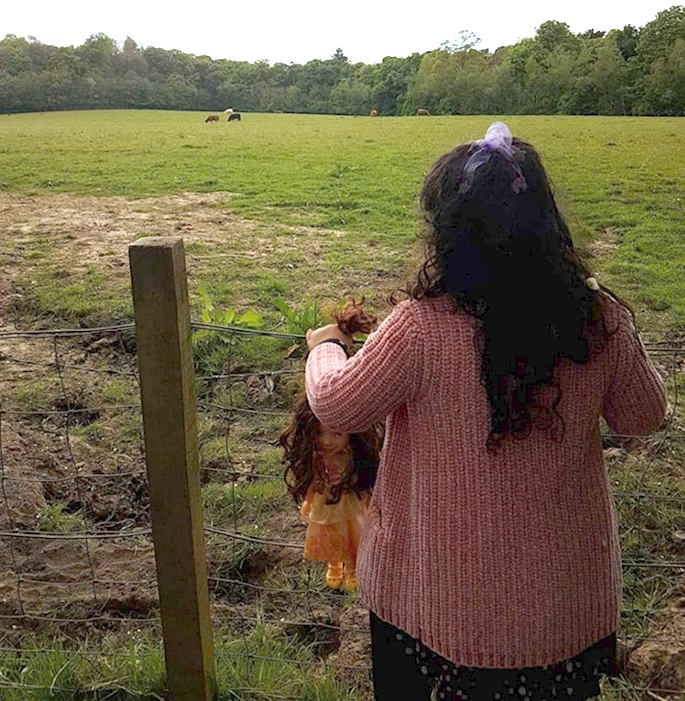 The pitfall of being a Scottish South Asian is that everyone knows everyone else’s business. The South Asian child in the school across the city got 90%, you should get 100%.

How has Ahmed managed to get straight As and still work for his family business?

Parents compare their children to everyone else in the Scottish South Asian community. It’s easy to do this when there are few of you. When someone’s daughter gets married, the questions begin.

“When my best friend got married at 23, my mum immediately started asking why I wasn’t married.”

Sara’s mum had never spoken about marriage with her before. Her mother started suggesting that the rishta (spouse search) begins.

“She’d show me photos of such-and-such uncle’s son whose grandparents worked with my grandad one time,” Sara explained.

“My mum would go crazy if I was out with schoolmates. Aunties whose names I hadn’t heard before would be calling saying they’d seen me out.”

Asia was puzzled since she had never noticed anyone watching her. “They were like the MI5.” But these aunties would fabricate what they’d seen. “For some reason, I’d always be near-groping a boy.”

“Everyone knew I was divorced before I did.”

Eyes had been on Hardip when she went out and she heard the aunties whispering.

It was when a family friend asked how she was feeling that Hardip realised what had happened.

Even though a Scottish South Asian keeps their business quiet, gossip somehow leaks. 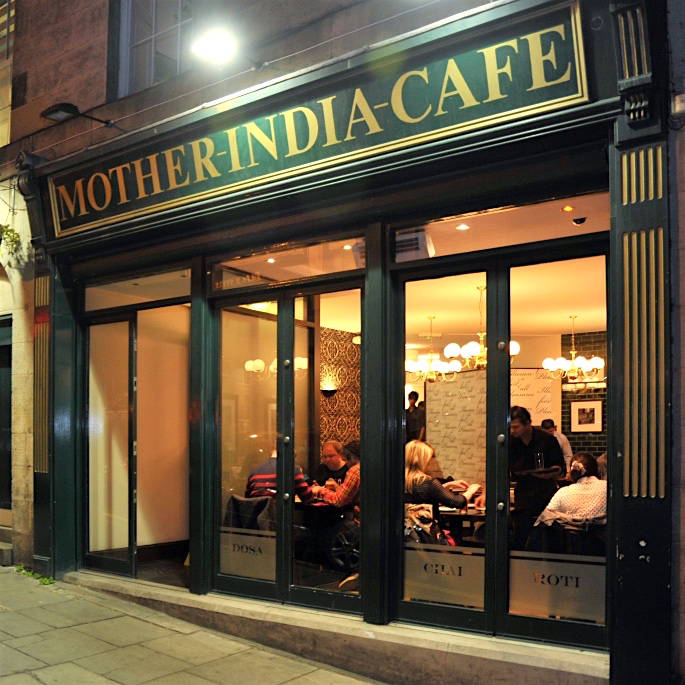 Khan or Kaur aren’t all that uncommon in business. The Scottish South Asian community have firm footprints in the business world.

With hardworking ancestors, the Scottish South Asian community has the foundations laid out for them.

South Asians mostly arrived in Scotland after World War Two and worked wherever they could. From bus drivers to factory workers, South Asians worked their way up and many went on to own businesses.

South Asians were an even smaller community in the 60s and helped one another. In this way, chains of takeaways, restaurants and many other businesses formed.

Pretty much every Scottish South Asian can say someone in their family owns a business.

The unity meant the community became closer-knit and that’s how everyone knows each other’s business.

Though the older generation worked hard and built businesses, their offspring are expected to study.

Grandparents came to a new culture and left behind the comforts of their homes abroad. With varying levels of education, they started at the bottom and built their way up.

The generations born in Scotland are expected to become the typical doctors, lawyers or engineers. They have it easy after all.

“Going to university isn’t a choice,” Aisha states. “My family have worked so hard for everything we have. I can’t disappoint them.”

With hardworking ancestors, a Scottish South Asian is reminded that anything is possible.

Brown skin isn’t seen all that often in Scotland so an identity crisis can be common. Ahmed shares his confusion:

“I can’t count how many times I’ve been asked where I’m really from.”

Ahmed was born in Glasgow yet he has never felt full Scottish. “I’m brown but I have a thick Scottish accent. I notice the shocked looks on people’s face.”

Making up 2% of the population can be problematic.

Some people haven’t quite caught up that being Scottish isn’t just for white people.

With a thick Weegie accent and brown skin, white Scots can be confused. Priya shared her experience:

“We would go on holiday to India every year but I don’t fit in there either.”

Growing up, Priya didn’t feel she fully belonged in either culture. She spoke Hindi at home and felt embarrassed in front of her friends. She explained:

“I didn’t want to be seen as more different than I already was.”

All of Priya’s friends were white. She didn’t want to highlight another difference by speaking another language.

The Connection and Delight when Meeting another South Asian 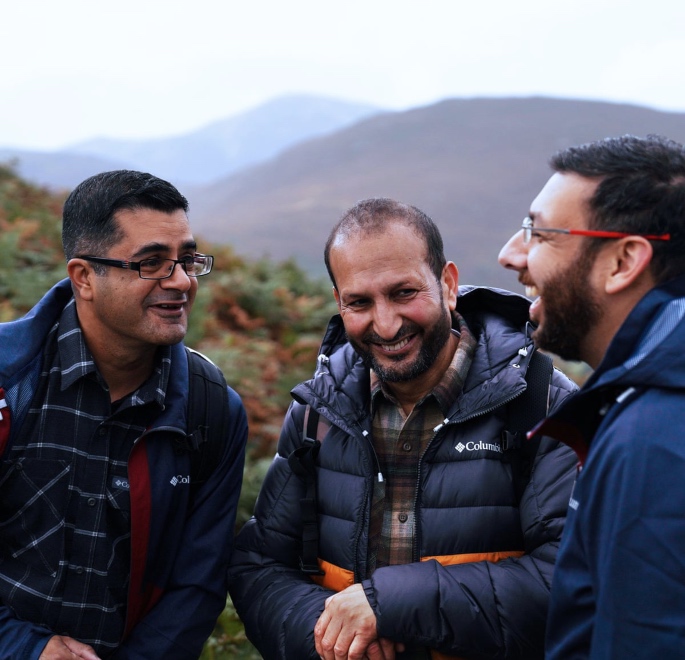 “I was the only brown kid in my class until I was 15,” Jay recalled.

Jay remembers the relief of finally being around someone who looked like him. Harry joined the class and Jay felt an immediate connection.

“We became friends and I’d switch to Punjabi automatically.”

Jay didn’t realise at first that he changed languages to suit his needs namely, when he wanted to moan about the teacher.

“I realised this was what I was missing.” When Harry joined the school it made Jay realise what he had missed when growing up. Harry and Jay are still friends after nearly ten years of leaving school.

Aliyah found herself switching languages as soon as she spotted another South Asian.

“I’d get so excited, I never even realised I was speaking my mother-tongue.”

No Time for ‘Back Home’ Feuds 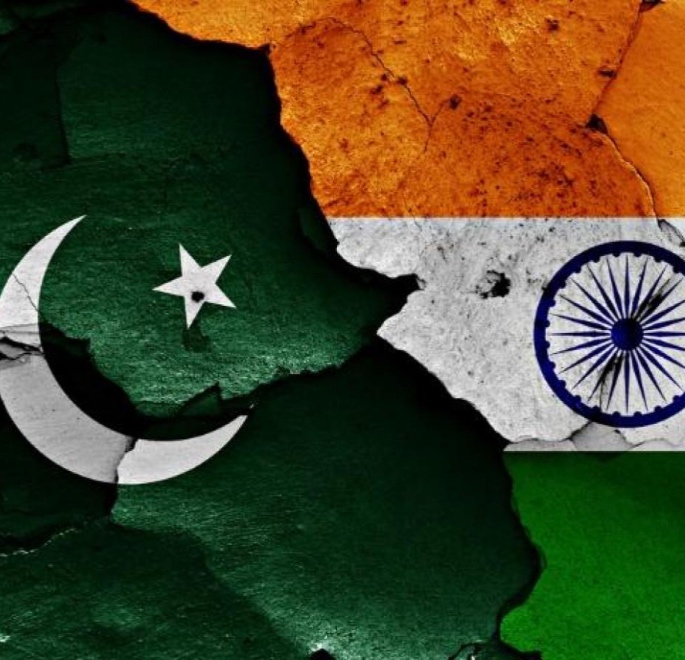 When you’re a Scottish South Asian with few from the community around, there isn’t time for feuds.

There is a sense of community and wars from another country aren’t as important.

“My best mate is Indian,” Mohammed, a Scottish-Pakistani said.

Mohammed explained that the India-Pakistan conflict doesn’t matter too much to him: “Asian is Asian at the end of the day.”

With businesses to run and studying to do, of course, there isn’t time for feuds. 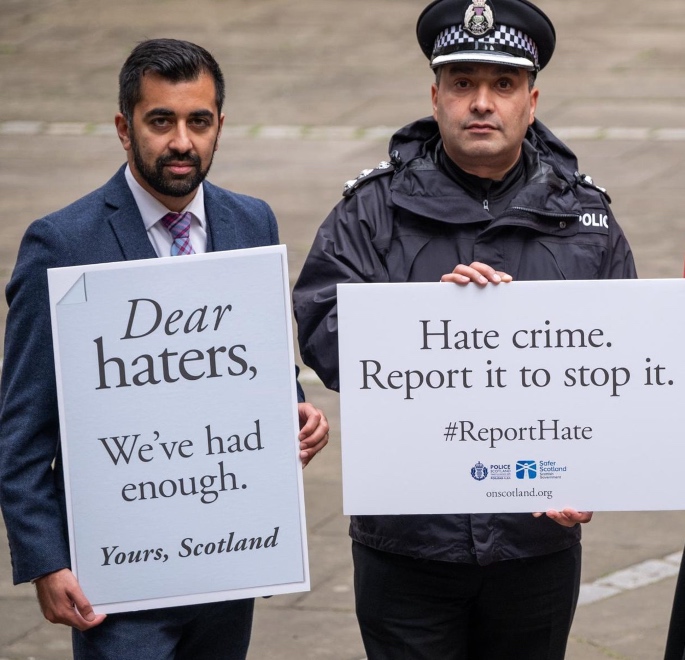 However, racism isn’t reserved for the classroom. Casual racism can be commonplace in Scotland. For example, the P-word – for Pakistanis – is heard referring to shops and takeaways.

“I was shocked when I heard that disgusting word being used. It’s so demeaning and racist. My granddad was beaten up back in the day.”

Raj, a Scottish Indian, was called the P-word. It didn’t matter to racists that he isn’t Pakistani. They only cared that he had brown skin and, ultimately, used it against him.

Racism isn’t new in Scotland. Raj’s grandfather was beaten in the infamous bashing of South Asians in the 60s. Raj has never been physically attacked but there is still work to be done.

Aisha was racially abused after work one day and recalled breaking down in tears. She said:

“I stood outside crying after being told to go back home.”

She didn’t have a response for the racist other than being speechless due to her shock.

The Black Sheep of the Community 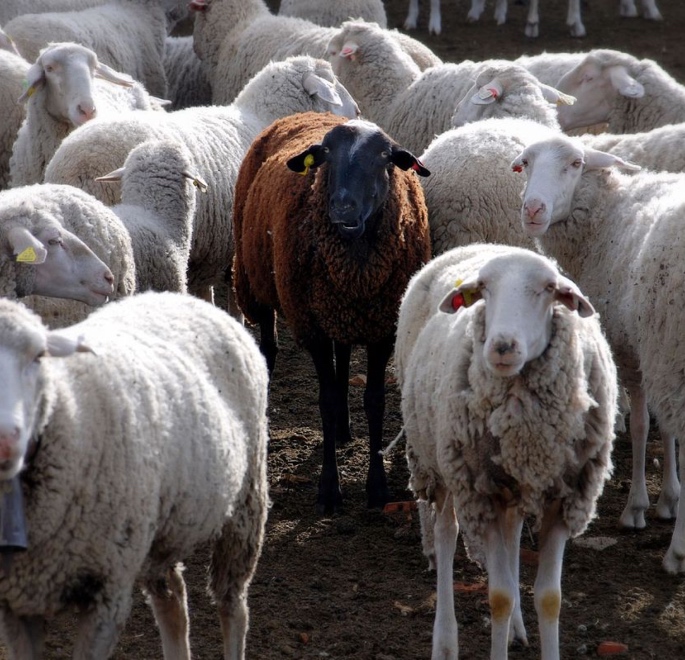 The black sheep of the community don’t broadcast their language skills. According to aunties, the black sheep forgot their roots. That way the Scottish part of being Scottish South Asian would be easier.

“They think they’re goreh. They don’t want to be part of us.”

Sheila was excited when her South Asian neighbour moved into the street. She rushed to tell her parents. However, she was disappointed when she was waved at instead of invited for some chai.

South Asian shops have become more accessible over time in Scotland. This is due to South Asians having opened up their own businesses.

However, there are many remote parts of Scotland that don’t have anything South Asian.

Lucky enough, coconut oil and olive oil can be bought from any supermarket.

“My mum would always forget to wash out the oil from my hair.”

Ami would feel embarrassed when her white friends asked why her hair was always greasy. She said:

The practices weren’t understood by friends only a Scottish South Asian would understand. However, it paid off with Ami’s silky, black hair.

Castes are not as Important

Parents can’t be hung on castes when the Scottish South Asian community is small.

Traditionally, many South Asians marry within their castes.  This often isn’t a viable option in Scotland where the marriage pool is limited.

Mariah found her husband at university. However, he wasn’t the same caste as her and there was some reluctance from her parents.

“He isn’t Irai and I was nervous to tell my mum in case she didn’t accept him.”

Mariah was right in her assumptions. Her mother was hesitant as were her grandparents. She explained:

“They would have had the comfort in thinking they understood the family from back home. In the end, my dad talked sense into them. We’re not in Pakistan.”

Mariah’s family had concerns and thought Mariah marrying into the same caste would provide safety.

Her family uprooted their lives for Scotland and marrying in the same caste seemed more secure.

Living in Scotland meant a change in mindset for her father. He realised that the marriage-pool was limited and that caste isn’t important.

Everyone knows the ‘Rishta Auntie’ 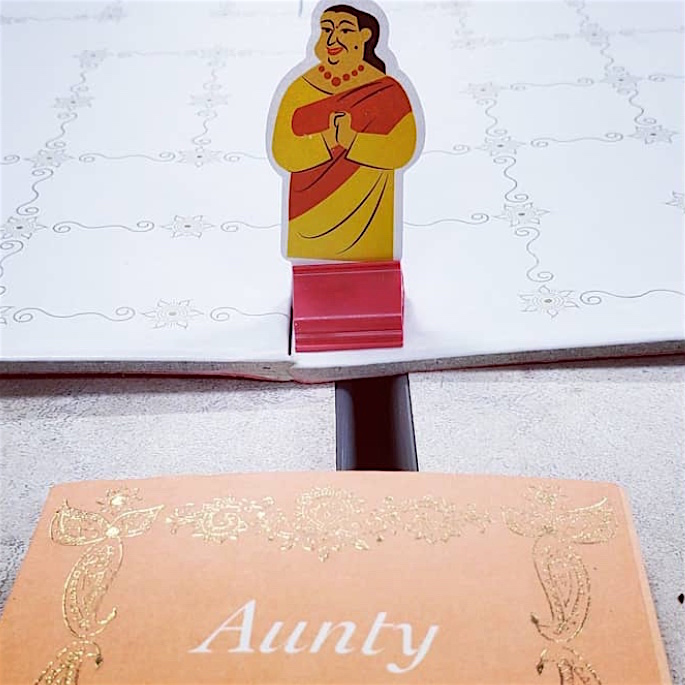 With a smaller marriage-pool, rishta aunties can be found easily at places of worship. The rishta auntie has an extensive database and matches her devotees up with suitors.

Being Scottish South Asian means expectations are in place in a smaller marriage-pool. Thus, the rishta auntie can sometimes be crucial.

Aisha was added to a marriage group and she exchanged details through the rishta auntie.

“I didn’t find anyone at university and my parents were putting the pressure on. I gave my details to a lady at the mosque to help me.”

Suitors were given Aisha’s mother’s details. Aisha found that a few of her friends were also in the group.

“No one, including me, mentioned we were going to go to the rishta auntie and we didn’t speak about it later either.”

That’s what it’s like being a Scottish South Asian. In a small circle, everyone knows what’s going on in each other’s lives … unless of course, you’re the black sheep of the community.