Do British South Asians Still Want to Go to University?

Is the lure of university still appealing to British South Asians or are more deciding against the move? DESIblitz investigates.

"It's more about pleasing yourself instead of pleasing the family"

Going to university has been a tradition in South Asian families for many years, especially for those in the UK.

There have always been exceptions for those that don’t go on to higher education. But, they are mostly judged for their decision.

Culturally, university is linked with money and success.

So, those with an old-fashioned mindset think not attending university represents someone’s lack of ambition, drive or at times, education.

Due to this, thousands of British Asians attend university to avoid any scrutiny.

Likewise, many people are drawn to university for its social life, education and overall experiences. But, is this still the case?

Do more British South Asians find university unappealing and are drawn to other career paths? If so, how are their families reacting?

DESIblitz spoke to some British Asians to share their stories and to see if university is still tempting. 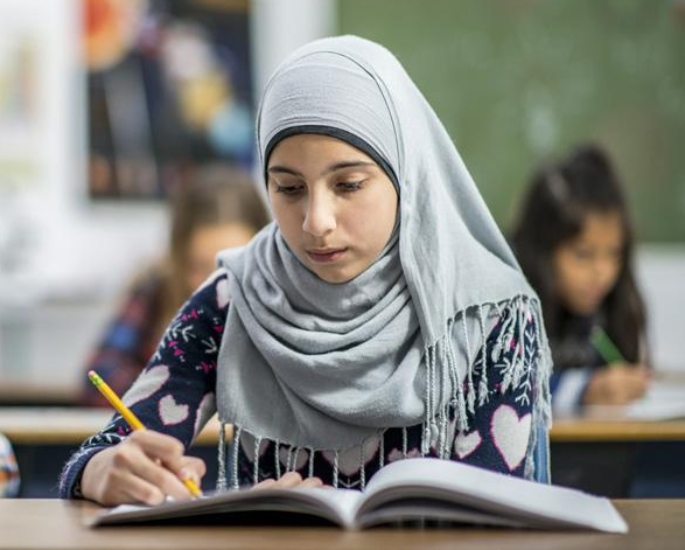 Going above and beyond with your grades is something instilled into most British Asians as students.

Whether it is GCSEs, A-Levels or universities, there is a heavy amount of pressure on individuals to achieve the top marks.

But whilst it’s normal for parents to want their child to be the best, there is a higher expectation in Desi households.

Some students are compared to others in the community or similar-aged cousins who are doing academically better.

With such unwarranted stress, it can affect British Asians in different and sometimes damaging ways.

For example, in 2016, Harpreet Kaur Hallaith committed suicide after failing to get the grades required for her chosen university.

Whilst her unfortunate passing is not solely down to achievement pressures, it does stem from the undertone that only the top grades matter.

This strain is one of the reasons why 23-year-old Gurkiran Swami* from Coventry chose to avoid university:

“As a female, I felt the pressure of good grades twice as much. There’s still this lingering stigma with Asian women in education and if you are, then you better not mess around.

“That’s why when girls go to university, they’re expected to do better than the boys.

“In sixth form, my parents told me how many hours of studying to do per night when I got home.

“They said ‘if you want to have a nice house, car, money, then you need to get as many A’s possible’. That’s a lot of anxiety for a 16-year-old.

“My cousins got the same treatment and at weddings, we would just talk about how university would be good ’cause it would mean time away from the stress.

“But when I got older, I had this realisation that education wasn’t appealing.

“I was sticking with it for my parents. They taught me without university, I couldn’t achieve the success I wanted.

“I know they had my best interest at heart but I knew university would be another three years of tension and demands.”

Gurkiran is not alone in her experiences. Similar strains were also felt by Bobby Singh, a 20-year-old takeaway driver from Leicester:

“I’m a young guy doing takeaway deliveries and many people see that as a result of me not going to uni.

“I did well at school and got top marks but it was just too much hassle and naturally I’m a good learner, but my heart wasn’t in studying.

“I’d come home from school and my dad would tell me a cousin got into uni or someone got 100% in an exam. Then would give me this look like you better achieve the same or better.

“I felt like I had to impress my mum and dad with schoolwork but when you’re young, it’s draining.”

“One time I got a B in a Geography exam which was an improvement on the C I got in another module.

“But my dad said ‘if you got a B, then why couldn’t you get an A?’. You get blamed for slacking instead of praised for improving.

“So, uni just felt like it would cause more harm than good.

“That decision itself didn’t go down well at all but I know most of my friends and even cousins now have done the same.”

It seems as if the pressure to achieve so much is having an adverse effect on British Asians going to university.

The constant burden to consistently produce top grades is not new but is certainly driving more people to pursue other ventures. 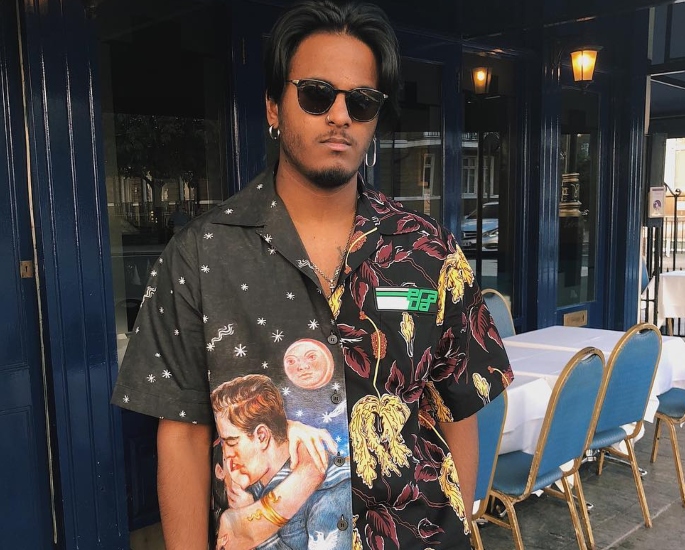 With the expansion of social media, more British Asians are pursuing careers within creative industries.

Whilst roles within an area like acting benefit from university degrees, individuals are starting to follow a more creative route rather than an educational one.

Modelling, music and art have seen an incredible boost in South Asian representation. Social media has been a massive part of that.

It’s very achievable for people to get recognised and build an organic following.

Likewise, it’s much easier to build a career in what would’ve once been considered a hobby such as DJing or singing.

21-year-old Tarn Kaur* from Manchester explained how she is pursuing her craft as a painter, despite the backlash from her family:

“My family have always supported my art but definitely thought it was more of a side project than a proper career.

“I told them that university wasn’t going to really help the type of role I wanted which is to become a credible artist and have my work spread across the world.

“Yes, it’s a big task but not impossible. I’d rather spend money networking at galleries or events than budgeting for a food shop at uni.

“I also think I’ve learnt a lot more by not going to university.”

“Of course, it helps some people with specific interests. But as an artist, I think I’ve realised things about myself that education wouldn’t have allowed me to see.

“My parents aren’t happy at all but Asian parents rarely see the bigger picture when you don’t do something like law or medicine.

“I’ve proven them wrong with the following I’ve created and the opportunities I’m getting but they won’t acknowledge that.”

In most scenarios, Desi families see university as the sole gateway to a stable and high-earning career.

So, if their child deviates away from following that path, they are often scrutinised. But they are just misunderstood.

As was the same with Dev Gohal*, a writer from London.

He chose to pursue his passion for poetry and in a similar fashion to Tarn, used social media to build a platform for his work:

“Initially, I was going to do English at university – that was the plan.

“But then I saw writers like Rupi Kaur and Ruby Dhal on Instagram who were sharing their pieces and gaining a lot of attention.

“As I did more research to look into their journeys, I discovered the massive writing/poetry community on Instagram and Twitter.

“It introduced me to writers all over the world and I started attending workshops, spoken word nights and meetups.

“Gradually I got a following and told my parents that I didn’t want to got university. They were so upset but didn’t understand what I was building.

“I told them the plan I had and to reassure them, I showed them the money I was making from performances.

“As long as Indian parents see you’re making money, they normally get off your back. But, they questioned me and were trying to force me to still go.

“They thought I could focus on studying and still do this in between but that was nonsense.

“I think more British Asians now have the doors open to explore what they love. The traditional way is slowly vanishing but the elder generation can’t see that.”

Dev makes a good point that most British Asians used to follow the same path to university.

However, with so many factors in the modern world, the journey to working is far different. 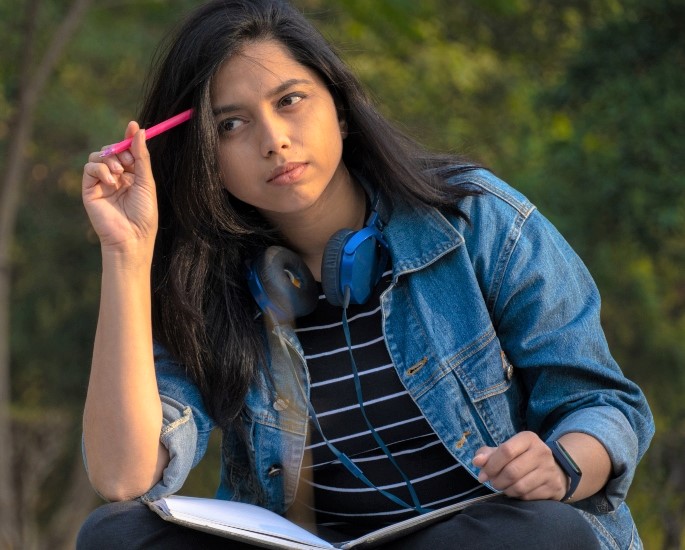 Ultimately, university is a personal choice that a person has to decide on.

There are so many avenues and directions to go in life, and more British Asians feel the need to explore their options and experience new ventures.

University does offer a catalogue of skills and insights but it is not the only place that does.

Work experience, internships and apprenticeships are all popular choices for those wanting to bolster up their CV.

“University will always be there if I need it. I like education and I loved school but modelling is my passion, my craft, my love.

“I feel like the world is changing every day.

“More people don’t want to follow the typical Asian thing of going to uni, being in debt and getting a job they don’t even want.

“Now, it’s more about pleasing yourself instead of pleasing the family.”

“Loads of my aunties and uncles always ask me if I’m at university. When I reply with no, they have this blank expression on their faces.

“It’s as if they see uni as a right of passage and if you don’t go then you’re less educated or well-rounded.

“I took the decision not to go because I felt I didn’t need it. I’m not knocking anyone who goes, it’s a personal choice.

“For me, and many of my Asian friends, we want to go around the world and experience new and exciting things.

“I feel like sometimes uni makes you follow a certain direction, which is all good if that’s for you.

“But people end doing a course that they end up disliking or didn’t really want to do in the first place.

“I feel like not going to uni has given me a bit more freedom to do as I please.”

“I may go from job to job, but that doesn’t mean I’m not still picking up life skills like I would’ve at uni anyway.”

The consistent theme from both of these British Asians is that attending university is still prevalent, but is not as important as it once was.

“Birmingham has a massive uni culture. There are a lot of Asians that go and I have friends at all the campuses.

“They love it but also have regrets about courses or the direction they want to go. I was actually the only one out of my friend’s group that didn’t go to uni.

“I ended up getting some work experience at Land Rover because I love cars. Now I’m on a fastrack route to land an office job working with the dealerships.

“When I tell my mates, they’re excited for me. But also are shocked at how quickly I’ve managed to get my dream job.

“So it’s not that uni is dying out of South Asian culture – far from it. But, I think people are influenced and have the desire to go against the grain.”

Indi’s comments highlight the growing trend amongst British Asians that going to university is not the priority it once was.

This is down to numerous factors that range from family pressures to niche career ambitions.

Of course, there are thousands of British South Asians who do want to get degrees and experience the university culture.

But, it seems as if individuals find a lot more comfort in exploring their options.

Whilst cousins or communities can still judge someone if they don’t attend university, it’s not as impactful compared to decades ago.

So, it looks like there is a new trend forming. It will be interesting to see how this pans out for future British Asians.