DESIblitz dives into creative careers to see if this is considered an attainable and more accepting pathway for British Asians.

"I love this industry, but it has been a struggle nonetheless"

The idea of pursuing creative careers is almost considered a nightmare for traditional South Asian families.

Success is measured upon intelligence, and this seems to only be appreciated in careers that are academically charged.

Therefore, South Asian children become valued in their career choice and the pride they instil into their parents.

Thus, overriding their own aspirations in respect of maintaining happiness and keeping the peace.

Every Desi child has heard at least once in their lifetime that “you should become a lawyer” or “have you thought about dentistry, it pays very well”.

Lastly, the most infamous “you know what? It would be great to have a doctor in the family”.

These are undoubtedly some of the hardest careers, that take years of dedication and study.

However, why is there such a fixation on these pathways as opposed to creative industries?

From the experience of Covid-19 lockdown periods, it is proof that academic careers do offer longevity and provide stability.

This is also complemented with a nice salary and hefty pension that aids comfortable living and relaxing retirement.

But many British Asians now are seeing their creative passions turn into viable careers.

From makeup artists to photographers to models, creative careers are booming. But parents still see ‘traditional’ jobs as a cultural symbol of academic intelligence and importance.

DESIblitz uncovers if we are seeing a shift away from this thought process. 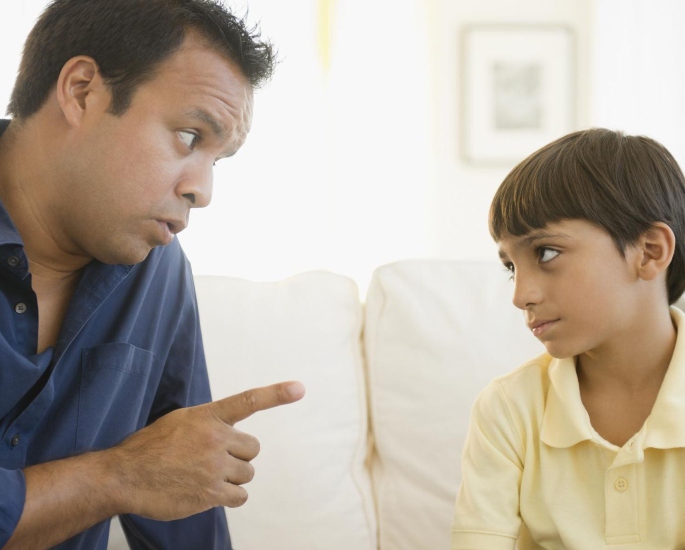 From the 1950s onwards, generations of South Asians arrived in the UK with a lack of foundation and financial stability.

Due to various challenges and social issues, education was a privilege and not always the most accessible.

Here, they hoped that their children would have a solid education, attain these academic careers, and support them in later life.

With family honour and status being entwined in South Asian culture, the consideration of creative careers was completely off the table.

In respect of the progress of generations within the UK and the mass assimilation into the western culture – has the idea of career careers become accepted?

Are the creative industries more accessible for South Asian communities within the UK?

Statista reported some interesting figures in its 2022 findings looking at British black, Asian and minority ethnics in creative careers.

It stated the group accounted for 10% of the gaming industry, 8% publishing industry, 5% music/visual art industry and 4% of film/tv/radio.

Further breaking this down to what the exact British Asian percentage of this is is very minute, but not a shock to the system.

Therefore, it’s no surprise why parents are sceptical about their children diving into these businesses.

If parents see such a low representation within these careers, it won’t seem like a successful avenue for their children.

However, younger British Asian generations have had more exposure to creativity by attending schools where creative subjects were baked into the curriculum.

Many take up the opportunity to study these subjects like drama, music or art at GSCE or A-Level standards.

But once the university talk appears, these are pushed into the background by parents, merely seen as a hobby or a pastime.

However, their scepticism is not to be disregarded.

Creative industries not only prove them right in terms of instability but also their severe lack of diversity emphasises why the ‘traditional’ route is so popular.

The Set Backs of the Industry 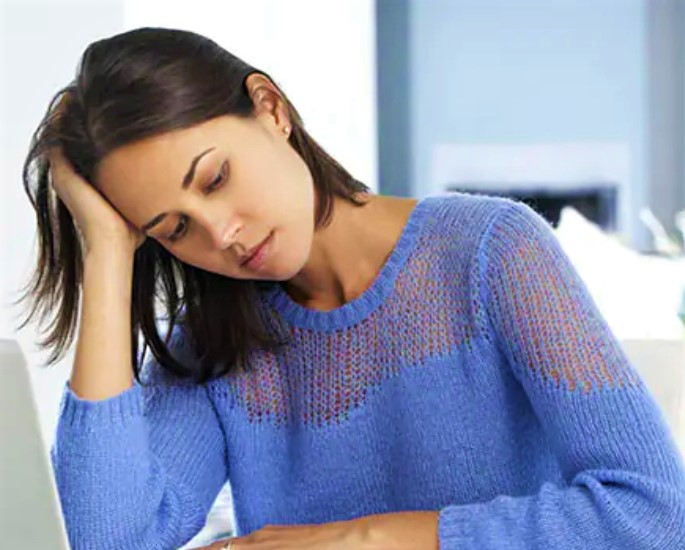 These pathways are not only competitive and hard to penetrate in general, but it is more of a challenge for a person of colour.

Despite the discouragement of parents to attain these careers, it seems as though sectors of the creative industry are at fault for affirming the struggle.

When speaking with a young British Asian actor, Samuel Adams, he recalled his time studying at drama school:

“Firstly, the problem begins within the institutions that are training future creatives.

“There is a severe lack of diversity amongst their workforce and board.”

Samuel had explained how every lecturer he encountered throughout the course of his three-year degree was white.

There was also a lack of diversity amongst his peers. He was the only British Asian (out of 54 students) alongside another student of Jamaican heritage:

“Through this, I felt I missed out on really reaching my acting potential and that my abilities were very misunderstood.

“I hadn’t really a chance to explore that there was a place out there for me aside from all the stereotypical jobs that I would be encouraged towards achieving.

“So, I remember speaking with a lecturer one day in which he described my future scope of work as Hollyoaks or Bombay Dreams.

“I would often have references to Aladdin, despite the breadth of theatre that was out there for me, I was put in a very small box.

“I love this industry, but it has been a struggle nonetheless. So, I can understand why some choose to stick to more academic careers.

It feels as though their worth is valued not only by their families but by the industries.”

Samuel’s account resonates with many British Asians as it highlights the small scope of creative careers.

If one was to pursue acting then they are automatically thought of as specific and stereotypical characters.

For music, someone of South Asian heritage may be forced to make more Desi-inspired music to fit one audience.

Instead, these British Asians should receive the same amount of guidance and encouragement as their peers do. But, unfortunately, many of them do not.

Hope on the Horizon? 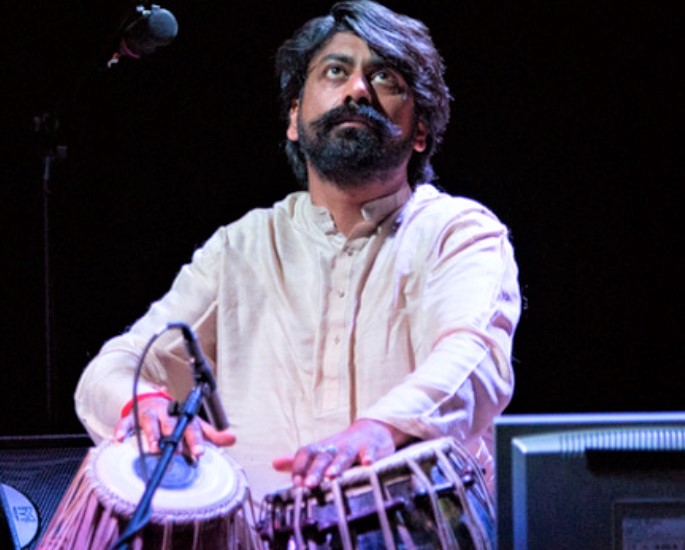 It’s irrefutable that the creative industry has a serious diversity dilemma.

However, there does appear to have been some length of improvement in companies’ motivation toward changing this narrative.

Many are encouraging those from different backgrounds, specifically, black and minority ethnic groups to apply to more niche roles.

The BBC had faced a backlash in 2017 when it opened up an internship programme for non-white applicants.

It was hoped that this would make their jobs more accessible for those who traditionally would stray away from this line of work.

Despite facing severe abuse from the media, the BBC defended it as the “right thing to do”.

This was off the back of discovering that the company’s top 10 earners were all caucasian.

The Arts Council England also launched four new funds in 2016, focused on diversity and helping to support underrepresented groups in the arts.

The Arts Council also works very closely with the Asian Arts Agency which is specifically targeted toward promoting and developing South Asians in the arts sector.

They won a National Lottery Project Grant which they will pump into the community after the effects of Covid 19. 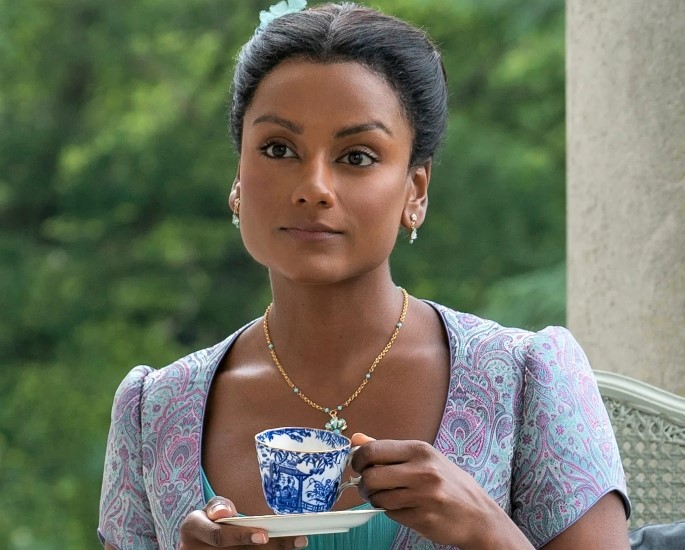 Although representation still needs to improve within creative careers, it could seem more attainable due to the improvement of diversity.

More brown creatives are seen and praised for their work in mainstream media. So, it encourages more within the community to achieve these potential jobs.

This is exemplified in young British Sri Lankan actress Simone Ashley, who has become a recognisable face on Netflix.

She starred in Sex Education and is now one of the striking faces of Bridgerton season two. This has pushed her well into the spotlight.

With the series having garnered massive success internationally, her starring role has built a lot of jubilation.

Rupi Kaur, of Punjabi-Indian descent, shot to fame with the release of her poetry book Milk and Honey (2014).

She addresses a range of topics throughout, such as violence, abuse, love, loss and femininity.

Although she is based in Canada, her rise to the top has sparked an obscene amount of fellow South and British Asian writers to thrive.

Neelam Gill, a British Asian model was the first Indian model to appear in British Vogue and be the face of L’Oreal UK.

She also drove massive fame when she was the first Indian model to be shot for a Burberry Beauty campaign.

Despite breaking down many barriers within the industry, Neelam has been very outspoken during interviews on the hardships of attaining this success.

Additionally, the comedic scene has also had an influx of British Asians. These come in the form of Nish Kumar, Romesh Ranganathan and Guz Khan.

All have demonstrated a unique ability to entertain their audiences.

By honing in on their culture and using this as a driving force for their talent, they have broadened the horizons for British Asians.

There has also been an emergence of young south Asian talent in other less conventional creative pathways.

Heleena Mistry, a 25-year-old tattoo artist from Leicester has sprung into the spotlight with her beautiful tattoos.

Her tremendous work pays homage to Hindu iconography and other forms of Indian art.

Incredibly, with tattoos still heavily stigmatised in the community, Heleena has never allowed this to stop her from pursuing her passions.

Her platform and following have grown heavily, with her also releasing art alongside her tattooing business.

Rikki Sandhu, a 23-year-old ‘TikToker’ uses her creative platform to promote self-love. She also shares a range of health and beauty tips.

Rikki seeks to normalise the conversation surrounding issues that young girls may encounter throughout puberty.

Additionally, she addresses unrealistic beauty standards that are fuelled by the media.

The rising star has already gained over 1.8m followers on Tik Tok and sets to promote positivity and safe spaces through her videos.

Even someone like Aaron Christian is broadening the scope of British Asian creatives.

The blogger, photographer, director and producer is an important figure within the creative industries.

He’s worked with the likes of Mr Porter and Mulberry.

Aaron also won Best Director at the 2022 South Asian Film Festival of America for his short film, The Internship (2019).

Lastly, photographer Harkaran Singh (professionally known as Hark1karan) from London, has been recognised for his talented photography skills.

His motivation is the Punjabi community in London and looks to drive a narrative surrounding Desi culture through his photos.

The snaps are highly emotive and beautifully shot to encapsulate his vision of being a “community photographer”.

Despite more representation, undoubtedly there is a massive struggle for those who do attempt to obtain creative careers.

This has even been expressed by those who have found success. It is not necessarily an easy ride and to be prepared for challenges.

Not only is the lack of support from family an obstacle, but also the industry itself is not entirely fair game for those who enter it.

However, the change has to begin somewhere. Hopefully, the emergence of brown creatives is set to become an even more rapidly growing population.