Modest fashion has become a popular trend, even with young, female British Asians. DESIblitz explores its popularity, its possible controversies and how it’s empowering women.

"It’s a symbol of feminism in itself, as it’s saying hear my words, see my face and taste the female empowerment."

Many young women are drastically rethinking what it means to adhere to a modest dress code. In fact, some see it as a way to express their other values, such as feminist ideals.

Thanks to growing popularity, it has even trickled down to high street stores. This signals a visible increase in the availability of ethnic wear.

But the question of whether this clothing is truly acceptable is still debatable. Owing to questions on profit, cultural appropriation, tokenism and ethical trading.

Let’s then take a closer look at the past, present and future of modest fashion.

A more conservative style of dress has historically been the opposite of modern, high-fashion trends in Western countries. However, its profile has risen as it moves away from traditional garments.

Different people interpret it in their own way. Currently, style-conscious young women adhere to its codes with clothing that covers their bodies.

Yet they balance this by experimenting and playing with colour, style and cut to express their own unique personality. Highlighting that you don’t have to show skin to look great.

While some people typically associate modest fashion with faith, it can be very inclusive. Regardless of their background or age, it offers women the chance to align their clothing choices with their value system.

However, it also offers British Asians the opportunity of harking back to cultural roots, whilst still looking stylish. In South Asia, modesty links in heavily with culture reflected through clothing such as the dupatta.

As Desis may feel conflicted with fashion, this new trend can provide a fusion between the two, remaining connected with their heritage. 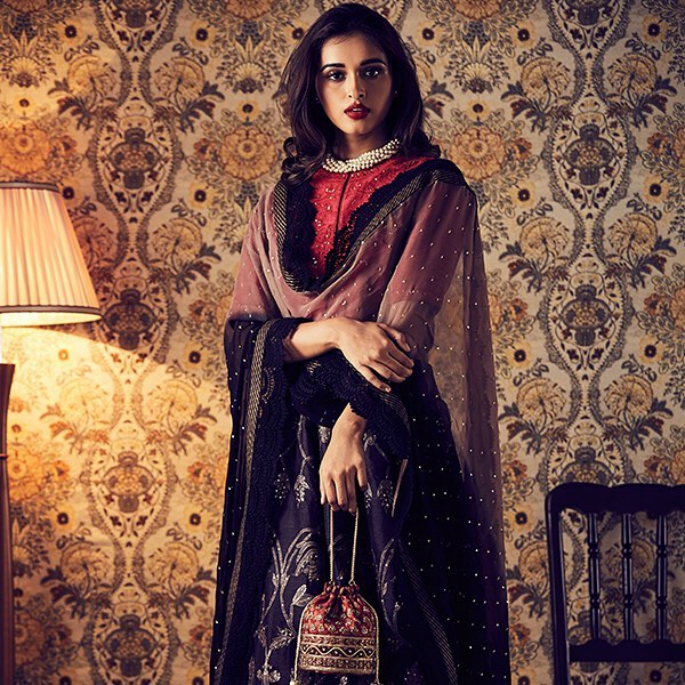 What has prompted this change?

The answer to this question lies in the power of the internet. Many young women worldwide share their cool and innovative interpretations of the trend on social media.

Their influence has a huge responsibility for increasing awareness. Through various internet platforms, they’ve shown others new and unexpected ways of making clothing work for a modest silhouette, wearing long-sleeved tops under dresses or taking an effortlessly cool kimono jacket over jeans.

Their guidance has clearly resonated and addressed the needs of a previously misaligned community.

We spoke to Marium about on her thoughts:

“I think modest fashion speaks louder volumes than the ‘Free the Nipple’ campaign because it includes everyone, from the Muslim girl to the supermodel on the catwalk. It’s a symbol of feminism in itself, as it’s saying hear my words, see my face and taste the female empowerment.”

“I believe in the ‘Free the Nipple’ campaign as a feminist movement, but seeing modest fashion on the runway is something I can actually relate to and practice in my own life.

“While I’m not tall enough to pull it off, it provides me with comfort and a sense of inclusion in the complex and absurd world of high fashion.”

Marium isn’t the only one to find the trend easier to relate to and practice in her own life.

Modest fashion bloggers and vloggers have become instantly recognisable names, like Nabiilabee and Dina Torkia, who have thousands of followers. The two now even appear on household TV channels and magazines Glamour and Elle.

Here they discuss and raise its profile alongside other aspects of their lives. Sharing their knowledge has even become profitable for the two and other bloggers. Many have gained enough clout to release their own successful fashion lines and build multi-platform online empires.

Indeed, what started out as simply addressing the needs of this oft-forgotten community has now become a profitable business. It has boomed to the extent that other parties are now keen to invest. 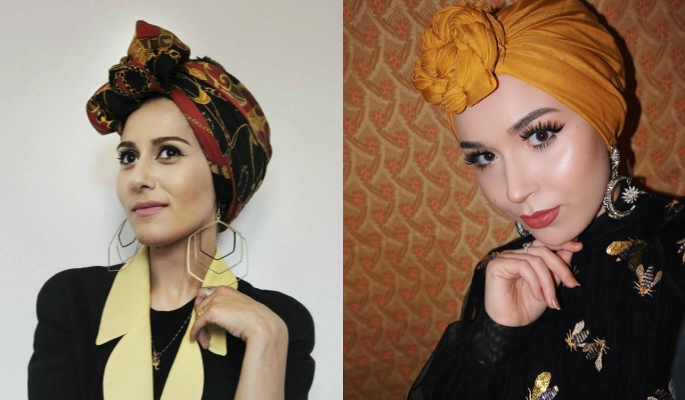 Popularity in the Western world

High fashion designers are now realising the potential of this generation who marry their cultural values and their style sensibilities.

Labels such as DKNY, Uniqlo and Dolce & Gabbana have all experimented with this type of fashion, releasing collections and clothing items.

But it’s not just popular designers. In 2017, Debenhams partnered with modest fashion brand Aab, selling their clothes in various countries.

The most significant change came with Haute Elan launching the first ever London Modest Fashion Week in February 2017. In total, 3,000 people, predominately young women, flocked to the Saatchi Gallery in London. 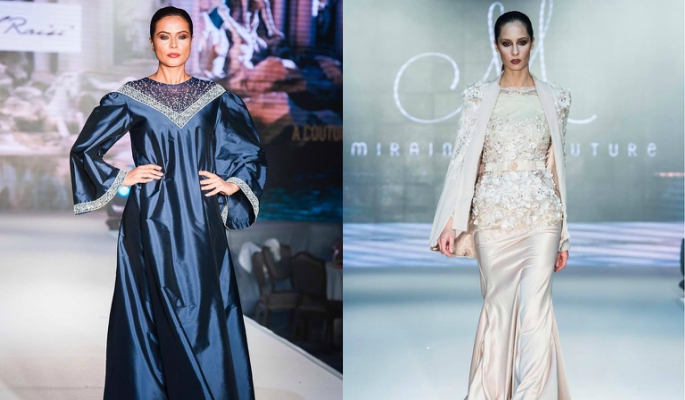 However, UK isn’t the first place to recognise that modesty and high fashion aren’t mutually exclusive. This revolution has been gaining momentum globally for many years, thanks to the efforts of women like media personality and designer Muna Abu Sulayman.

Nonetheless, there still remains a huge market for modest clothing to British Asians wanting the convenience of style options on their doorstep.

The Benefits of the Trend

Wide leg trousers, palazzo pants, long-line shirts appear on runways season after season. Although this happens without the label of the trend.

On the runways and in stores, hemlines are down and necklines are up. Designers have embraced bright colour, playing with volume and textures such as fur or corduroy.

However, in South Asia, designers are experimenting more with modesty.

In Lakmé Fashion Week Winter/Festive 2017, the catwalk witnessed an array of luxurious outfits. Designers are blending the mix of revealing skin and modesty through materials such as sheer fabric and even jewellery. 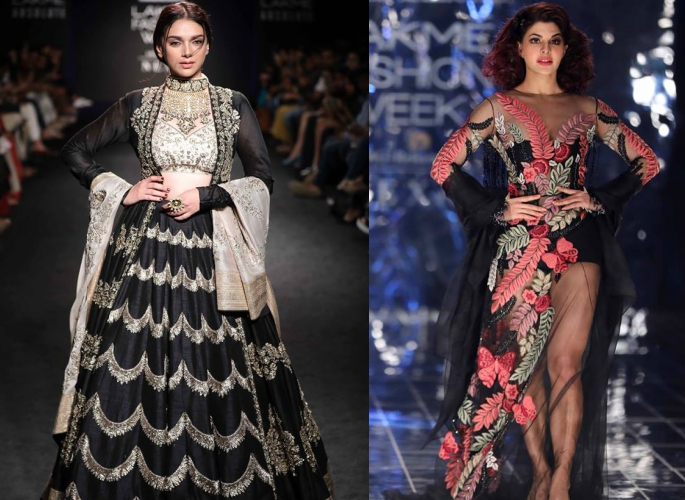 However, the rush to tap into this market isn’t as inclusive as it could be.

One could question if it’s really fair for these designers to cash in on this style after marginalising it for so long.

Furthermore, the industry is notorious for its lack of diversity, indeed some feel it’s more prone to tokenism.

In contrast, the modest fashion world seems to showcase a far wider range of women of all ages, background and sizes.

Therefore, is it really accurate to say that ethnic wear is becoming more acceptable? Or is it a way to make quick money?

The possibility of tokenism or self-serving false interest is not helped by companies like Oscar de la Renta. Despite catering to modest dressers, the fashion house was the first to welcome back disgraced fashion designer, John Galliano. This was after French courts found him guilty of making anti-Semitic remarks.

Ethnic wear is so integral to cultural communities that have made, worn and supported it. Companies who tolerate this prejudice against them while apparently promoting their clothing could seem insincere.

Modest clothes seem to be a way for many marginalised ethnic minorities to build a supportive community.

Money and fame have obviously become a factor. Nevertheless, for many, it is still a way to find like-minded support. 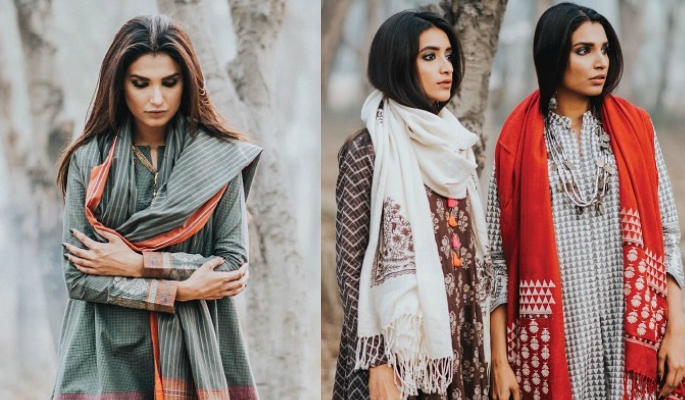 What does the future hold?

Aside from the cultural concerns, the modest fashion industry also must be careful to avoid the same ethical issues as its high fashion counterpart.

Unfortunately, it has since had accusations of labour abuse from the mistreatment of its employees. It has faced claims of inhuman working conditions and underpayment.

This reached the general public in May 2017 after a video of protests from Khaadi employees went viral on social media.

It’s clear to see that there are many benefits to ethnic wear winning more attention. But it shouldn’t rest on its laurels in increasing diversity in fashion.

Instead, it should truly protect the interest of all ethnic minorities regardless of background, age, gender and geography. 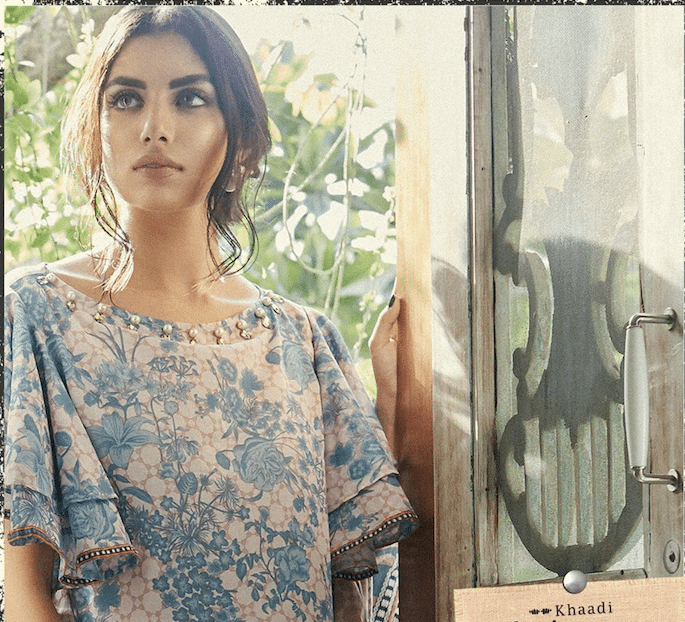 It’s heartening to see the acceptance of ethnic wear with high fashion and high street fashion. British Asians are often forced to distinguish between wearing either Western or Eastern garb.

Instead, this is a step towards many being able to reconcile various elements of their identity via clothing. Some even perceive it to be a feminist act.

There is still room for progress, like championing the designers who cater to this community for love rather than money.

Moreover, it is crucial to ensure the ethical product of this ethnic fashion.

Yet, this does feel like a step in the right direction for making fashion cater to the needs of the majority rather than a minority.

It will be fascinating to see where this growing industry goes from here. We hope its journey continues to improve and change for the better.