A 24-year-old woman from London has launched a less revealing fashion brand after finding nothing she wanted to wear in Zara or ASOS.

"I just decided that it's time for a modest brand."

The 24-year-old from London launched her brand in October 2021.

“Yeah, Kanye… I love his clothes. I love my Yeezys. Can’t get enough of them.”

Maryam came up with Daska after noticing an issue with fast fashion, saying that dressing modestly is a spectrum.

Many women want to dress more modestly than the contemporary styles of the 21st century, without compromising their desire to look and feel fashionable.

She told MyLondon: “As a Muslim, I wear modest clothes.

“I don’t wear cleavage, nothing short, nothing like that. I love Zara, I love ASOS… Look, I love them all.

“But when I go onto the modest section, there’s just nothing. Well, nothing I’d wear anyway.”

Maryam went on to say that what she saw in mainstream shops and online stores “wasn’t trendy enough for me, it was all very boring colours, and the silhouette is just the same”.

She continued: “And I just decided that it’s time for a modest brand.

“When I say modest, I don’t mean traditional – you know the stereotype – and these shops try alienate modest dressers on a lot of these platforms.

“I wanted clothes that were off the runway, what you’d see in shops, but just modest.

“So I got a team together, and we just brainstormed.”

The fashion designer eventually came up with a collection that she envisioned.

Daska’s website features a tab of ‘our story’, which asserts the fashion brand’s ethos to their customers: that you don’t have to compromise on style to dress modestly.

The patterns and colours fit the brightness of the current 90s renaissance, without – as Maryam stated – the extreme tightness and skin bearing trends that are seen today.

Maryam explained: “We wanted to reform what’s going on in our own way. We don’t want to be traditional.”

The fashion brand has quickly become a success.

Maryam revealed that she began putting her plans for Daska into action during the first UK lockdown in March 2020.

“I want to just do it. I quit my job, I quit everything! I just leaped into it. I had this idea, and Covid was definitely what got it going.”

The name of her brand pays homage to Maryam’s Pakistani heritage.

“I wanted something that connects me back to my roots.

“But I’m also very British as well- the whole brand is just a mix of everything. I’m a London girl.”

Maryam says that one key aspect of Daska is inclusivity.

“There are so many women who decide to be modest without it being at all related to religion.

“And I want them to feel just as comfortable shopping at Daska as religious women.”

“I don’t even want just modest dressing women to shop with us! The foundation is the modest customer, but I want everyone to feel like they can shop with us. That’s important to me.” 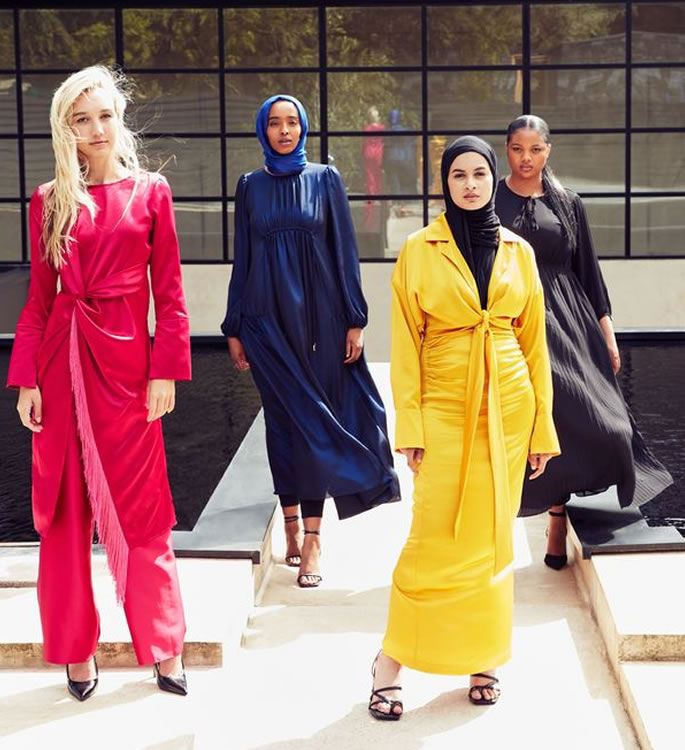 And the inclusivity goes beyond the spectrum of modesty as Maryam says Daska’s clothing sizes go up to an XL (approximately size 22) and the fashion brand plans to expand into larger sizes.

“Hopefully, as we grow, we can change the way these bigger clothing brands address modesty and sizing.”

She added that she wants Daska to lead the fight against the influence that the high street and online retail has upon the way women compartmentalise differing relationships to how they dress and how they look.

“When are we going to accept that modesty is a decision, and shouldn’t be thrown into a small slot on the side of your page?

“When are we going to stop referring to bigger sizes as curve, or plus size?

“And that’s what Daska wants to do.”

Dhiren is a journalism graduate with a passion for gaming, watching films and sports. He also enjoys cooking from time to time. His motto is to “Live life one day at a time.”
Indian Man Blackmails Woman with her Private Pictures
Drug Dealer who Paraded Wealth with Rolex Watches is Jailed