Are we Losing Our Desi Culture in Britain?

Most of the younger Asian generation is ‘born and bred’ in the UK. By following a Western lifestyle, are Asians about to wipe out Desi culture in Britain?

"I don’t know what’s going to happen when my generation are grandmas."

Desi culture in the UK has been thriving ever since the arrival of South Asians into Britain.

Food, fashion, and music are just a few of the things that Asians have imported into the UK.

Traditionally, Asian communities have been extremely tight-knit. However, as newer generations emerge, cultural habits have evolved. And many young British Asians have begun to adopt a more Western lifestyle.

Since the beginning of the 1960s, the population of South Asians in Britain has rapidly grown. They’ve made their mark in the country. But now, so many decades later, is Desi culture at risk of leaving the UK?

Generational Gap and the Loss of Language

Desi culture in the UK has notably evolved over the years. Changes can be attributed to the generational gap between older South Asian immigrants and those British Asians who have been ‘born and bred’ in the UK.

There are two notable differences in habits between these generations: dress sense and language.

Years ago, it would not have been out of place to see older generations of South Asian women wear traditional dress and speak their mother tongue.

While many still choose to, today Asian women as old as 60 are now seen wearing Western-style clothes. Young Asians are also very unlikely to wear ethnic clothes while going out, and ethnic wear is mostly just kept for weddings or special occasions:

“I only like wearing a saree or suit at a wedding. It makes you feel special, all dressed up! But I wouldn’t like to wear them every day,” Jasmine says.

One of the biggest losses that we have experienced in Desi culture in Britain is that of the mother tongue. Many newer generations no longer have a fluent grasp of Hindi, Punjabi, Urdu or the wealth of other South Asian languages.

While some Asians may still be able to exchange a few sentences with their grandparents, they are no longer used regularly. What’s more, many are unable to read or write Desi languages without help.

As Sameera recalls: “I used to speak a few sentences of Punjabi at home with my grandparents, but mostly English with my parents. Sometimes I’ll get confused and end up mixing English, Punjabi and Urdu words all together to make a sentence.” 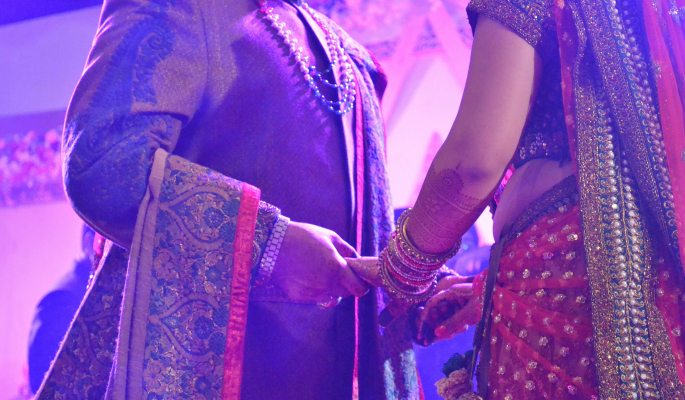 Another generational difference between Asians is how increasingly lavish weddings have become.

We all know that one British Asian bride who desires a big fat Desi wedding whatever the cost.

South Asian weddings are known for being the biggest out there. These weddings involve many rituals or ceremonies that can last anywhere from three days to an entire week. But only the grandmothers and mothers are likely to understand the various cultural traditions and the importance behind them.

“When I got married last year, there were so many different traditions I had to do. Most of them I didn’t even know the reason for doing them.”

“Luckily there were quite a few women from the older generation, such as my Grandma, who knew exactly what to do and when. Otherwise, the whole thing would have been a shambles! I don’t know what’s going to happen when my generation are grandmas.”

While Desi weddings may still preserve cultural traditions, another huge generational difference is the attitude towards interracial relationships and marriages.

“Some older people may have more traditional views on inter-ethnic relationships. Younger people are more likely to have grown up in the UK. Exposed to other ethnic groups, they respond to changes in society, in terms of increasing diversity,” explains an ONS commentary to the Telegraph.

With interracial marriages on the rise, the traditional Asian wedding may not be the same in 20 or 30 years or so. Especially when younger generations have to take over the role of their grandmothers and mothers.

Some Asians in Britain are already deciding to take up a registry marriage instead of big cultural ceremonies. Also, many couples have trouble understanding what the priest is saying and it is more common to hire priests who can speak English. 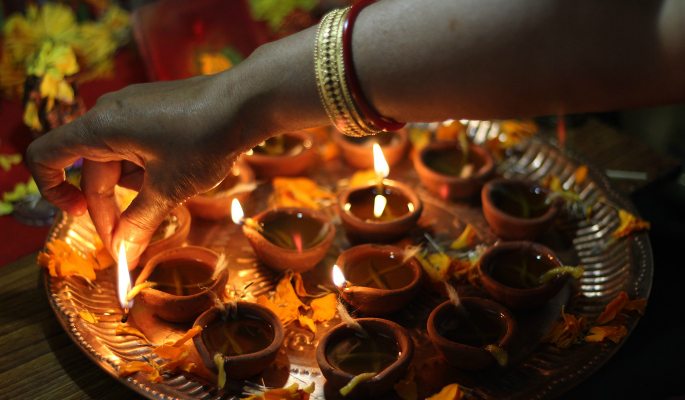 Desi festivals are widely celebrated across Britain. Especially in cities with a high population of South Asians.

Leicester has the highest population of British Asians in the UK. It hosts one of the most popular Diwali celebrations outside of India. Each year, around 41,000 people attend the festival.

Jas says: “I was a student in Leicester. I heard about the big Diwali celebrations before I moved here. So I thought I definitely had to go and see them for myself.

“I was amazed at how big the celebrations were! It was so nice to see so many gathered together to celebrate our festival. Even people from other backgrounds came along to celebrate. Hopefully, these celebrations will continue for years to come.”

Melas are also very big in the UK. Every summer, cities with a high Asian population hold these celebrations, including London and Birmingham.

The South London Mela, for instance, is one of the biggest celebrations of Asian music and culture in Europe. It attracts over 50,000 visitors yearly.

With Indian Street food, bhangra and some of the biggest Asian music artists, these melas are an integral way of reconnecting Desis to their homelands. By celebrating the best of what India, Pakistan, Bangladesh and Sri Lanka have to offer. 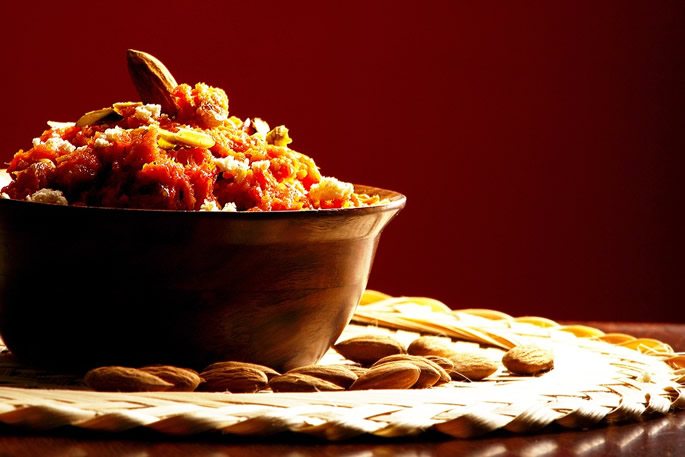 Perhaps one of the key imports from South Asia to the UK is the delectable food. Curry and spices are enjoyed in almost all parts of the UK.

Before, our parents used to find their weekly groceries at Indian stores or Pak Supermarket. Today, you can walk down the aisles of Asda and Tesco and be greeted with sacks of Basmati Rice and Elephant Atta.

Our food definitely makes us stand out in the UK when compared to other ethnic communities. It’s not difficult to locate an Indian or Bangladeshi restaurant on local high streets. But many will argue that these restaurants don’t actually offer authentic South Asian cooking. For the most part, menus have been anglicised to suit the local palate, and many of the dishes you see are unheard of back in India.

For a traditional taste of the homeland then, you’d have to ask your mother and grandmother. But how many British Asians learn the basics of Indian and Pakistani cooking and use them in their own daily cooking?

Traditionally, Desi cooking is passed through the female line, and many of the South Asian women who first moved to the UK will have used the recipes of their own mothers and grandmothers from back home.

But better opportunities for women outside the domestic sphere means that there is less time or need for them to spend in the kitchen.

For many second and third generations, fusion food or other cuisines have taken hold. Asians are more likely to cook chicken pasta than prepare saag and makki di roti after coming home from work. 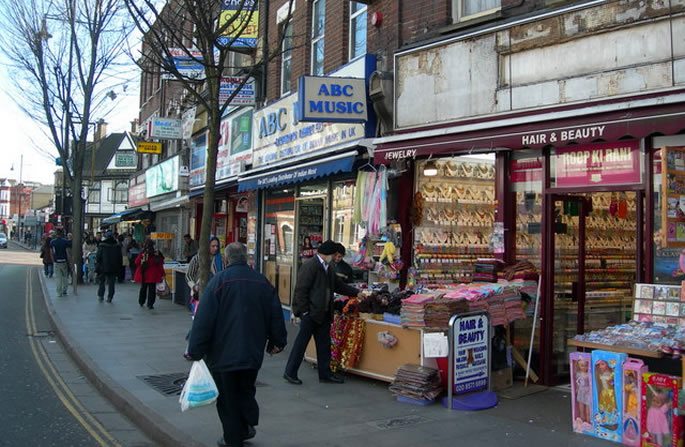 When South Asians started immigrating to the UK, they set up their homes in an unfamiliar country. They opened up businesses such as corner shops, clothing stores and restaurants.

Local Asian communities have continued to support these businesses over the years. Especially family-run businesses. Therefore, they have the potential to be around for many generations to come.

That said, the children of these business owners don’t always want to follow the same path. Many will have had the chance to go to university and choose another career entirely. Or they might choose to set up their own business and be independent of their families.

Today you can travel down the likes of Ladypool Road in Birmingham or Wilmslow Road in Manchester, once known as the Balti Triangle and Curry Mile respectively. They are now filled with steakhouses, dessert parlours, shisha lounges, fast food and takeaways. These cater more towards third generation British Asians and their changing lifestyle.

Through the years, South Asians built a number of temples and mosques in these areas. Many people still attend, including younger generations.

Kiran says: “My local Gurdwara puts on Punjabi classes for younger children. They know that most households speak English now.

“They also hold widely attended classes that teach people to read the religious prayers. This is so they have the option to do this for themselves when they’re older.

“I don’t think the Desi culture is dying out. It’s just adapting.”

From Tight-Knit Communities to Better Integration? 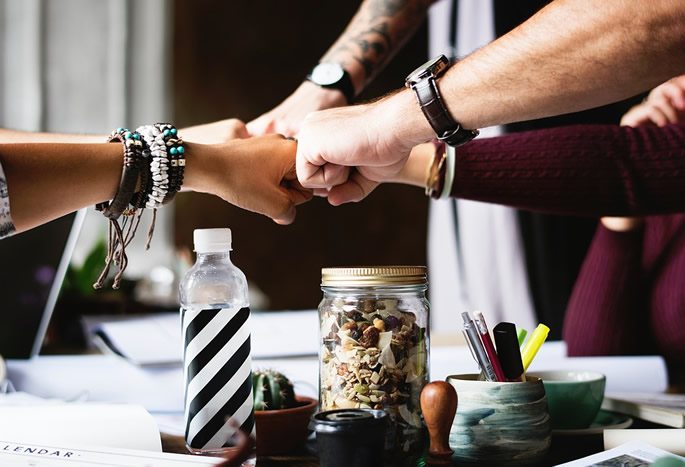 Today, many young British Asians, particularly those of the third generation and beyond, no longer feel a strong pull towards their homeland. Indeed, for most, the country of their parents and grandparents is unknown to them.

British Asians are assimilating into mainstream UK culture. Being ‘British’ is in their blood, and some prefer to identify themselves only in that way.

Younger generations of British Asians notably have more wealth and disposable income than their parents and grandparents. They are beginning to move to more affluent parts of the country, outside of the tight-knit towns and cities of their elders.

They also have better economic chances as they are more educated.

But more wealth and better opportunities can work both ways. For some Asians, it is the chance to celebrate their culture in a grander and richer sense. Especially through festivals and wedding celebrations.

So, is it fair to say that Asian culture is being totally lost?

As with any evolving community, it should come as no surprise to see younger British Asians wanting to do things differently.

Just as older South Asians did what was necessary for them to adapt to an unfamiliar environment, so too are younger generations hoping to navigate their own lives and balance their Western/Eastern identity in a more fluid way.

Many aspects of Asian culture are fading in the UK. Especially language and family traditions.

But South Asians made such an impact when they moved to the country. They have marked their identity through celebrations, food, music and festivals.

Desi culture might not be as prominent as once before. However, it seems unlikely that it will be completely wiped out in Britain.

Kiesha is a journalism graduate who enjoys writing, music, tennis and chocolate. Her motto is: “Don’t give up on your dreams so soon, sleep longer.”
Indian Women reveal Sexual Harassment Stories with #MeToo
Indian Doctors still Practice ‘Two-Finger Test’ on Rape Victims