Are we Losing the Pronunciation of Desi Names to English versions?

Pronunciation of Desi names has changed as newer generations adopt the English way of speaking. But is this a good thing that we are losing the correct way to say names? We explore the question

my mother said, you should tell them your name is 'Naveen'

South Asia has many languages. Notably, popular ones are Urdu, Hindi, Punjabi, Tamil, Gujarati and Bengali. Each of these is used when selecting Desi names for a child. The pronunciation of Desi names is also an important aspect for the choice.

So, once the child is given the Desi name, parents versed in their language of origin, those living in an extended family or in the proximity of grandparents or older generations in communities, will all most likely hear the name including the surname pronounced correctly, as it should, using the mother-tongue.

If the child is being given a Western name or a name of a non-Desi background, then this bears no context. But if the child has been given a Desi name for identity, parental and family preference and to have a sense of connection to the child’s roots, then pronouncing the name correctly is something that should be normal, right?

Well, as time has progressed and the social fabric of British Asian generations is changing. The pronunciation of Desi names has also been impacted. They are being said and spoken with an ‘English’ twang to them or English accent. Even, by Desi people.

It is widely known that if a non-Desi person tries to pronounce Desi names, they are going to translate it into their perception of how it should sound. Usually, just using the letters in the name, and using English phonetics to say the name.

According to the website, effectivelanguagelearning.com, languages like Hindi, Urdu and Bengali are ‘Languages with significant linguistic and/or cultural differences from English’ 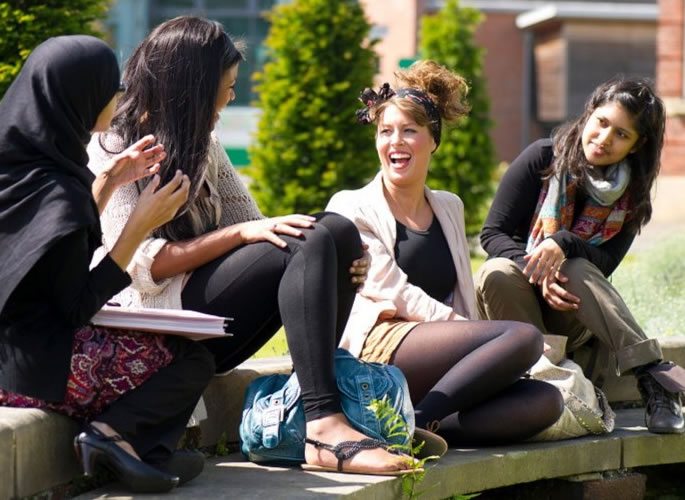 Therefore, the pronunciation of Desi names for English only speakers must be obviously challenging. However, why is it so for Desi people?

The number of times you hear a child’s name being called by a Desi parent using the English sounding pronunciation indicates we are embarking, sadly, on the loss of mother tongue pronunciation of Desi names.

The same goes for many broadcasters, reporters and journalists. We hear many times on Asian radio stations or television shows especially made in the UK, that if the presenter is second or third generation British Asian, their pronunciation of Desi names is exactly like their English counterparts. Instead of the presenter actually making the effort to pronounce it correctly.

This could be very much down to education and correction in the home. If a child growing up is not told how to say their own Desi name or other names correctly, then the chances are they are open to society to call them ‘what thy want’.

“When our grandparents were around we all learned to speak Urdu and Punjabi at home. Our names were pronounced correctly so, we learnt the way they are said. But once we got to school, non-Asians and teachers said my name differently, in an English way – ‘tamina’. I corrected them every time. I do think it is very important we say our names correctly and should not be shy of saying so. So, I tell my children always to say their names the proper Desi way.”

The sad and gradual impact of this is that we will lose the correct pronunciation of Desi name to the English versions if we ourselves are not bothered about preserving what is right.

The argument net can be thrown into the sea of diversity too. Where, if in the need for diversity is greater in workplaces and organisations, should there then also be respect for mother-tongue languages spoken and in particular, names being pronounced correctly? Or does everything have to be correct in English and nothing else matters?

Eradication of cultures and languages has been something the world hs faced through thousands of centuries. But today, we are at a stage where, the cultures, traditions and symbolism of South Asian culture brought to the UK, and the use of language is being challenged by its loss to English.

The gatekeepers of language are only those who primarily belong to the specific culture and its heritage. Therefore, if we do not simply correct our own pronunciation of Desi names then we cannot expect others to ‘get it right’.

Note, it is very unlikely that well spoken English speaking British Asians will get English pronunciations of ‘David’, ‘Thomas’, ‘Kate’, ‘Edward’ or ‘John’  wrong. But why is it that they often they struggle with names of their own heritage?

Pronouncing ‘Bhatt’ as ‘bat’, ‘Kumar’ as ‘koomaar’, ‘Ahmed’ as ‘ayymad’, ‘Jasbir’ as ‘jasbeer’, ‘tarlok’ as ‘taar-lock’ starts to make Desi people sound like the British did in India during the colonial days.

So, is it too late? Have we past the ‘save-by-date’? Or can we still try and help ourselves to preserve at least the pronunciation of Desi names in their correct manner while we loose the rest of the mother tongue to English gradually.

Preservation of language and passing it on starts in the home.

Decades back in the UK, where extended families were the norm, grandparents and some parents only spoke in their mother tongue in the home and in some cases use to even ban the use of English in the home. This was a way of ensuring children picked up a key aspect of their culture – their language. And names were seldom pronounced with an English accent. 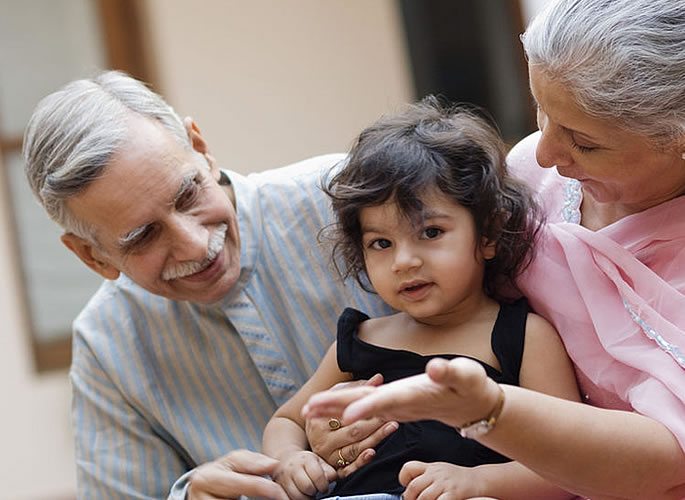 This was a way of ensuring children picked up a key aspect of their culture – their language. And names were seldom pronounced with an English accent, if anything Desi nicknames were even given to children such as ‘pinky’, ‘niku’, ‘bablu’, ‘nikki’ and so on.

It is not different in countries like India, either, where English is gradually becoming the go-to language for many. Under the guise of that if you cannot speak English you are not really ‘educated’ and with modern times. Strangely, countries like India have done pretty well speaking Hindi as its national language for decades. And still produced excellent English speaking professionals like doctors and business people exported world-wide.

If the pronunciation of Desi names is corrected and effort is made to say the name correctly, it is likely that those who only are English speakers will appreciate the correct way to say the Desi name, in the way it is meant to be said.

“I use to get a lot of non-Asian friends just calling me ‘Navin’ and my mother said, you should tell them your name is ‘Naveen’. At firs, I thought nothing of it. But then realised that yes, why not, if we learn how to pronounce English names correctly, why can’t it be the same vice-versa. So, now I make a point of it.”

If those with Desi names, do not know how to pronounce their own names correctly, then sadly, the battle is a bigger one and the only say to salvage it is for them to find out who their name should be pronounced, despite being Desi themselves.

All names have a derivative meaning and Desi names, in particular, have a very strong cultural aspect. So, pronouncing the name correctly can make a difference as to how even its meaning is perceived or acknowledged.

This may be not an issue for many British Asians who feel this is the way now and they cannot be bothered, what’s the point? Well, the point is, if you were given a Desi name, it has a meaning which has a strong connection to your culture, your roots and the exact definition of who you are.

So, if we are not bothered about the pronunciation of Desi names being correct or not, then it’s time to say goodbye to another important aspect of Desi culture and heritage being sadly lost to the English language.

Prem has a rich interest in social sciences and culture. He enjoys reading and writing about issues affecting his and future generations. His motto is 'Television is chewing gum for the eyes' by Frank Lloyd Wright.
Indian Boy at 14 is a Father after Sex with an 18-year-old Girl
New 12-Sided £1 Coin replaces Old Round Pound