Sizzling mixed grills, fiery curries and thirst-quenching pints – Desi pubs have it all. Are they becoming the new standard of public houses?

“I guess that is why Desi pubs are so popular.”

Some say there is no better sound in a Desi pub than the splatter of flavour bouncing off a fresh tandoori mixed grill to be enjoyed with a pint.

There is something unique about hearing your meal before seeing or tasting it.

With laughter echoing through the walls and pint glasses clinking, Desi pubs offer a sensual overload with every visit.

Although Desi pubs were predominant around The Black Country and Midlands, they have now circulated throughout the UK to the likes of Nottingham, London, and Leeds.

These cultured breweries have even gained international recognition with Spain and Mexico offering their take on this Desi experience.

First appearing around the 1950s, Desi pubs offered nothing more than a safe shelter for South Asian men to unwind after working long hours in factories or foundries.

Racial segregation during those times would not allow these men to be welcomed in a traditional pub.

Fast forward a few decades and now these bars brimming with Desi culture are becoming more common than the British pubs of the past.

“Thirty years ago, most racist jibes were about curry.

DESIblitz explores the progression of Desi pubs within British society and the impact of Desi culture on traditional breweries. 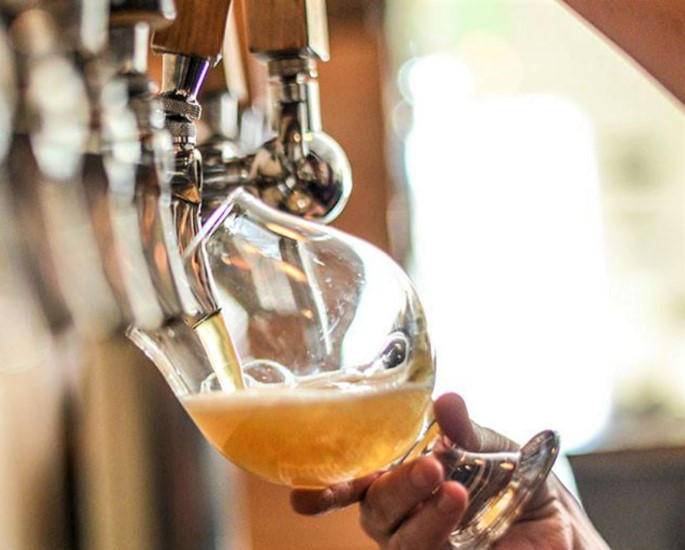 Traditional UK pubs are an iconic part of British culture, dating back thousands of years.

It was the 19th century when modern pubs started to appear in England evolving from taverns and inns.

With football commentary echoing through the room or a jukebox playing favourite songs and cigarette smoke lingering in the air, communities fell in love with these establishments.

Pints, peanuts, crisps and pool were the social protocol for these traditional British pubs, with punters drinking the night away with the other locals.

Last order warnings were jokingly ignored and almost every night would be topped off with hilariously slurred singing.

These British pubs thrived with their locals, allowing them to have a place where they can socialise, drink and unravel every day.

This built up a tightknit pub community where friendships were formed with the landlord and neighbours alike.

Many White British people who enjoyed these local hotspots would top their night off by going for a curry (with a pint) – another staple within British culture.

Many traditional pubs that were built needed the community to survive.

However, problems started to arise when the economy financially declined around 2008.

With that, people started to refrain from spending their money on just drinking out.

British pubs that once thrived off selling inexpensive alcohol, started to struggle because there was nothing new to offer customers.

Now, these once social hotspots began dwindling and some would only have 2-3 customers per day.

This is where the emergence of Desi pubs really took off because there was now a gap in the market for something different to shine. 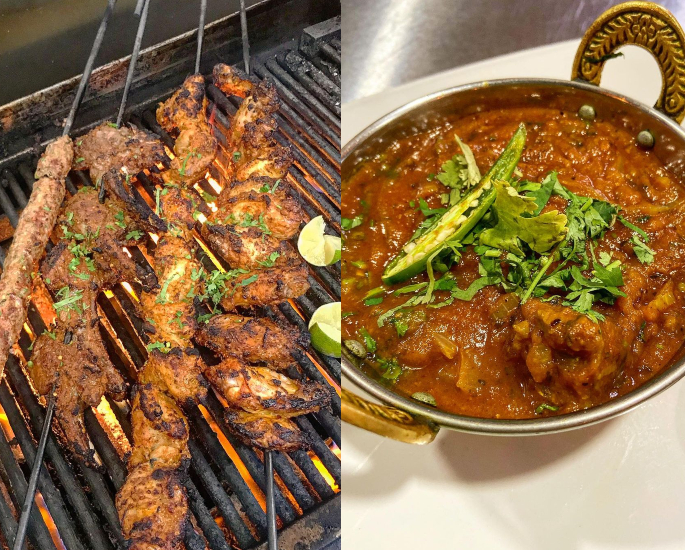 Asian landlords knew the fusion of Punjabi food within a traditional British pub background would be game-changing.

Homemade kebabs sizzling in a tandoor, fragrant spices being fried, sounds of a bustling kitchen were now what welcomed you into a pub.

The different décor, music and atmosphere of Desi pubs is what entices customers and the busyness of it almost feels like you are in India.

Rajinder Singh, the landlord of The Prince of Wales pub situated in West Bromwich, exemplifies this authenticity.

His pub is coated with photos of his upbringing.

Indian art pieces and memorabilia of his Punjabi band – who even perform live music on occasions.

Unopened Indian spirits displayed at the top of Rajinder’s bar, along with his prized Dhol (Indian drum) hanging just above, illustrates the uniqueness of a Desi pub’s interior.

“Desi pubs may have not influenced the rest of Britain yet. It’s going to.

“I can sense it. It’s going to spread gradually.”

He then went on to state what the word “Desi” means to him and how it resonates through pub culture:

“It evokes drama, at the same time, it evokes passion.

Pubs such as The Red Cow, The Sportsman, Soho Tavern and The Grove have all succeeded by following this Desi pub blueprint. 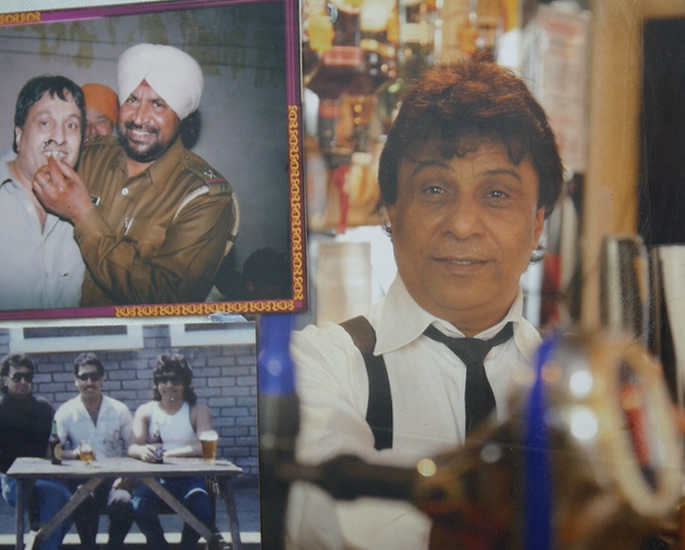 Rajinder Singh and many other Desi pub landlords also exhibit classic photos of their local area to shed light on the pub’s heritage and the surrounding history.

Although the essence of these pubs is truly Desi, the foundations of the pub still hold onto that British tradition.

The New Bell, located in Great Barr, came under new ownership in 2017 after years of being desolate.

The revamp of the pub came as a shock to everyone in the area because of the pub’s history of being barren and sometimes unwelcoming.

However, with the restoration of dated furniture and the introduction of Punjabi food, this Desi pub rejuvenated itself into a lively place for friends and family.

The food brought a wave of locals, both new and old, desperate to try the cuisine because many had not tried authentic Desi food before.

In these circumstances, new ownership of some dying British pubs can give them a new lease of life and start to contribute back to the community.

The reputation of Desi pubs is based on their regulars – especially Desi regulars.

Many do not have websites or social media accounts where you can build up your judgement.

So, if a mixed grill or curry is excellent or weak, unless they use a review site like TripAdvisor, others will know about it through word of mouth and that is how these pubs build up their rapport.

Although, if any problems do occur then Desi pubs will try and improve where possible.

The Soho Tavern in Birmingham went under massive refurbishment and re-opened as The New Soho Tavern.

Improvements on the interior, food, drinks and overall feel of the pub received high praises from locals and are now one of the best Desi pubs in the Midlands. 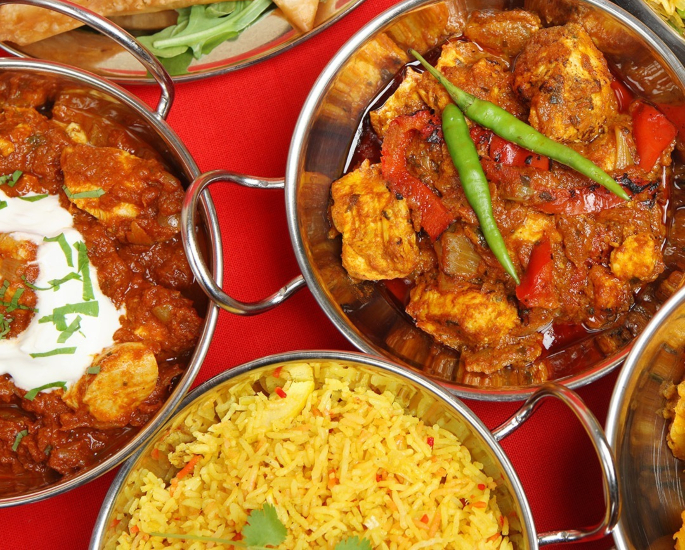 Although food is now an integral part of any public house to survive, some pubs and chains were forced to adapt to the rise of Desi pubs and started to offer food of their own.

Smaller pubs especially began doing their version of ‘pub grub’ with traditional British dishes such as a fry up (fried British breakfast), roast dinner and the classical fish and chips.

Interestingly, notable chains such as Wetherspoons and Greene King also took a similar approach but adapted with the growing admiration for Indian cuisine.

With the understanding that British cuisine is now not enough for punters, they began offering ‘curry and pint’ discounts on specific days to cater for different tastes – which they still do today.

In contrast, Desi pubs are also broadening their menus.

It’s becoming more common to see English and Indo-Chinese dishes within Desi pubs, still cooked with the same authenticity but offering a different selection of flavours.

“I can’t understand why so many pubs are closing – if you get the simple mix of good beer and good food right, you can’t keep people away.

“I guess that is why Desi pubs are so popular.”

Surprisingly, in January 2020, the number of small pubs/bars had risen for the first time in 15 years.

With Covid-19 being the major factor in these closures, the pubs that served food before the pandemic have found it easier to survive, but fear for the future.

Gurjit Paul who works at The Grove Pub in Birmingham told DESIblitz:

“Sales are down 50%. The food is more takeout or pick-up but family sizes are dwindling.

“It’s going to get a lot worse. We’re going to have to lay off staff and chefs.

“The pub industry is in decline anyway around the country.

“We’re more of a Desi pub, and if we’ve been affected by it, then you know the picture isn’t looking good.”

Although Desi pubs continue to push out food, not all of them dwell on drink and food to bring in profit.

Some pubs rely on other streams of income, such as music rehearsals and lessons, but Covid-19 has halted that as well.

“Live entertainment, that’s my living. On the weekend, we used to close at 3 o’clock in the morning.

“All sorts of Asian bands but now they can’t perform no more.

“Some bands used to come here and practice after work but now they can’t even practice here.

“It’s been really hard to smile without them.”

Covid-19 has undoubtedly put British and Desi pubs in jeopardy, but many owners and punters stay optimistic for the future. 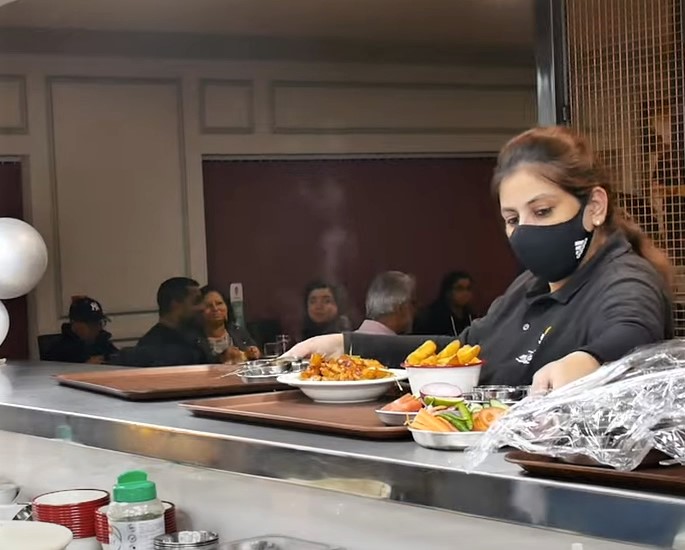 Over the years, Desi pubs have established themselves as symbols of British pub culture.

Although they are more prominent in certain areas than others, they have still delivered a particular uniqueness that the traditional pubs have found difficult to match.

However, this is less about competition and more about finding ways in which different pubs can exist simultaneously.

Desi pubs have not necessarily taken over traditional British pubs but instead added a cultural flair to pub culture that can’t be found anywhere else.

Big pub chains, smaller British breweries and Desi pubs have all adapted and learned from one another by acknowledging their differences in hospitality.

The authenticity of food, the different music and the welcoming nature of Desi culture has played a huge part in the success of Desi landlords.

They have also brought communities together by being a staple of the local area which people associate good things with.

The kindness of the staff, banishing of stereotypes, the homage to the locals and acceptance of different cultures prove that Desi pubs offer more than just food. Their success is paramount to the progression of British pubs.