Paying homage to the rich Asian heritage of the Midlands, Cyrus Todiwala reflects on the significance of Desi Pubs with Creative Black Country.

Desi Pubs are the heart of the British Asian community. Over the last several decades of Asians arriving into the UK, Desi pubs have revolutionised the traditional British pub setup.

Public houses of ale, darts and sports have given way to heartily cooked Punjabi food and foot-tapping bhangra music.

In particular, Desi Pubs flourish across the Midlands and the Black Country, where they form an inherent part of community culture.

But while 30 years ago, their popularity was at its peak, they have recently struggled to remain relevant to newer generations of British Asians.

Now, in an attempt to rejuvenate the heritage and historical significance of Desi Pubs, Creative Black Country (funded by Arts Council) have been profiling several key pubs across the region to document their stories.

Joining them along their journey is celebrity TV chef, Cyrus Todiwala, who is the owner of a number of successful Indian restaurants across London, including Mr Todiwala’s.

Speaking to DESIblitz, Cyrus reiterates the value of Desi Pubs in the Asian community:

“I think it is a story that the British people do need to know about. The influence of the Desi Pub in this particular region is big.

“The people came here predominantly to find sustenance, to hopefully send some money back for their families back home, but adopted this as their chosen land,” he tells us. 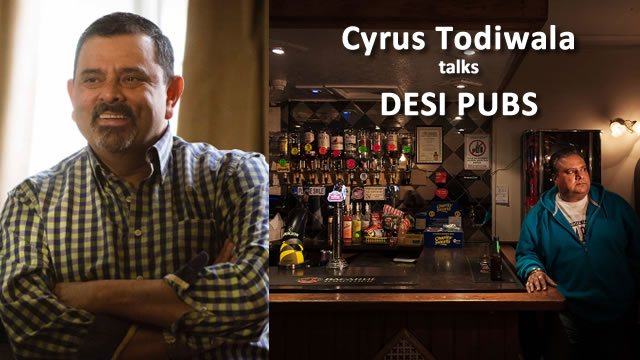 Essentially, the story of Desi Pubs tells the challenging journey of the first South Asian migrants who arrived in the UK in the 1950s and 60s. Mostly male labourers, these South Asians worked primarily in foundries across the UK’s industrial cities.

They worked unsociable hours and lived in shared accommodation away from their families. For these Asian men, from the rural areas of Punjab and India, Desi Pubs were the one opportunity to get away from life’s troubles and enjoy a few hours in the company of friends.

Rustic Punjabi cuisine emerged after pub landlords began inviting friends over for a home-cooked curry, and from then on, the concept of the Desi Pub was born. 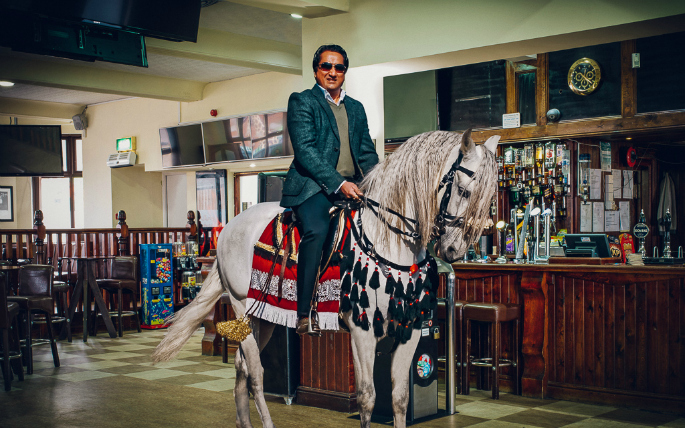 Today, the region is home to around 50 pubs where families lunch together and watch weekend sports fixtures.

More than alcohol, Desi pubs are renowned for their ‘Punjabi dhaba’ style of cuisine. The menus display simple yet authentic dishes that are a vivid reminder of the homeland. It is the perfect spot for those displaced migrants seeking some kind of communal togetherness.

One Desi pub proprietor is Beera. Born in Punjab, Beera arrived in Smethwick in the 1970s. After completing school, he became an engineer until he was made redundant. This led him to the alternate path of managing pubs.

Beera admits that he loves running his own pub, ‘The Red Cow’, in Smethwick. The community atmosphere means Beera meets people of all cultures and backgrounds on a daily basis, and he cherishes the fact that his customers feel more at home than he does: “My pub is like family.” 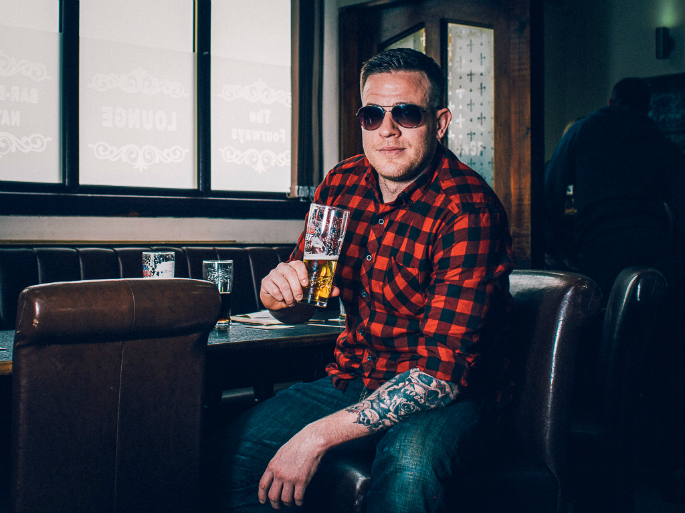 “What’s interesting about Desi pubs is that although they are run by people from Asian backgrounds, mostly Punjabis, they are used by everybody.”

Jagdish adds that with the decline of industrial factories, many Asians went to rundown areas to open these taverns: 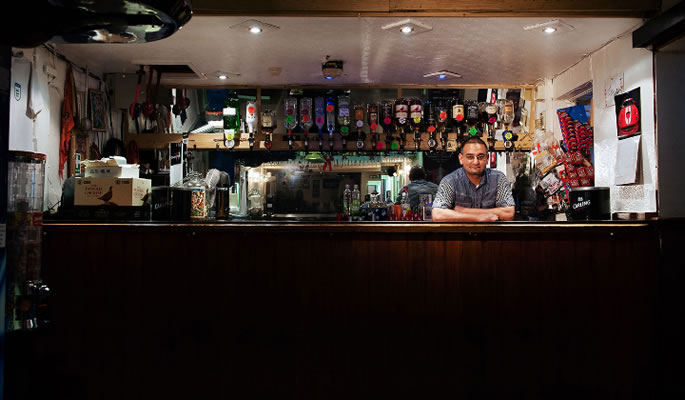 “Also, I think it’s somewhere that people can come away and relax and all the pressures that they have.

“They can come and sit and eat here. We’re not very expensive, but it’s also just trying to keep the community going. A lot of pubs are closing. It does leave questions about how the community communicate with each other.”

It is sad then to think that while they form such a special significance in British Asian history, Desi Pubs are gradually falling into decline, and there are numerous reasons for this.

Pub landlords are finding that as they get older, their children are less interested in continuing on the family business. 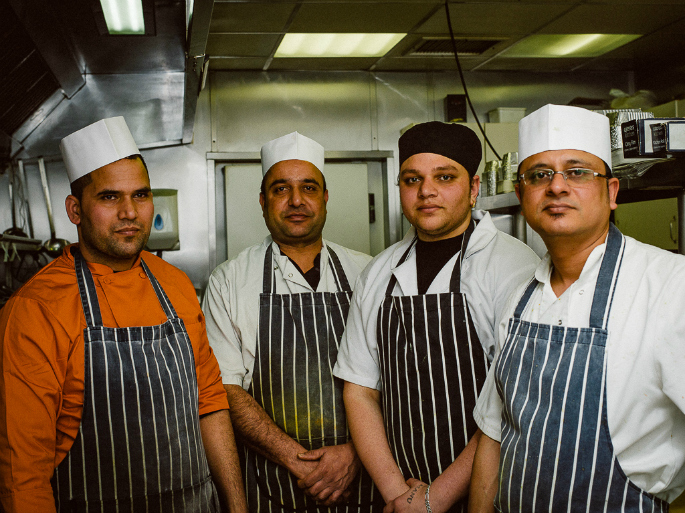 Senna also highlights another key issue that is affecting Desi Pubs – the lack of Indian chefs available due to visa restrictions:

“We’ve had a lot of issues over the last 2 or 3 years with staff, and what we’ve realised is that within the industry itself, there’s a great shortage of members of good chefs.

“So, we decided to put an association together where we could share resources and also, we wouldn’t pinch staff from other pubs to protect our businesses.”

Even with the support of the Midlands Pub Association, Desi Pubs are in danger of disappearing for good. This is why Senna has teamed up with Creative Black Country to artfully immortalise the untold story of Desi pubs.

Joining them are local artists from the Black Country who have elegantly captured a select number of Desi Pubs in the region. 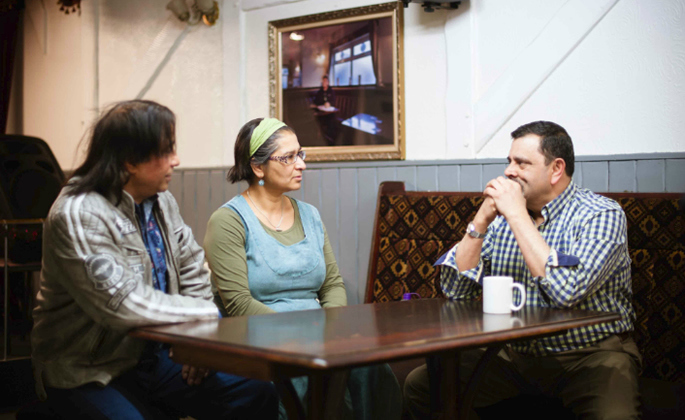 The artists and photographers have captured a mixture of portraits of regulars from the Prince of Wales Pub in West Bromwich, and numerous watercolours, mosaics, moving images, special pub signage and even a stained glass window.

The project itself will be made up of a BBC Radio series in partnership with BBC English Regions, an illustrated book filled with recipes and anecdotal stories including a Desi Pub guide and map.

London’s Southbank Centre will also play host to the Desi Pubs exhibition as part of their annual Alchemy festival. The exhibition will be available for viewing from May 16 to 30, 2016 at the Central Bar at Royal Festival Hall.

The project on behalf of the Creative Black Country acts as a simple reminder; that Desi Pubs are a party of Asian communal history in the UK, and their significance should not be overlooked or forgotten.