The single most important question of any Asian household; Desi Chai or English tea? DESIblitz explores which tea type is more preferred.

which type of tea reigns supreme, is Desi tea better than English?

For centuries, chai or tea making has been a cherished craft among Asian families.

A perfectly brewed chai with spices and sugar is an indulgently exotic escape from daily toils.

The British are also well attuned to tea drinking, having turned it into a regular pastime, where an assorted array of tea varieties is enjoyed with other sweet and savoury finger food treats.

But for those British Asians who are able to appreciate both the art of English tea and Desi chai, which type of tea reigns supreme? Is Desi tea better than English?

DESIblitz explores the most popular English and Desi tea varieties around. 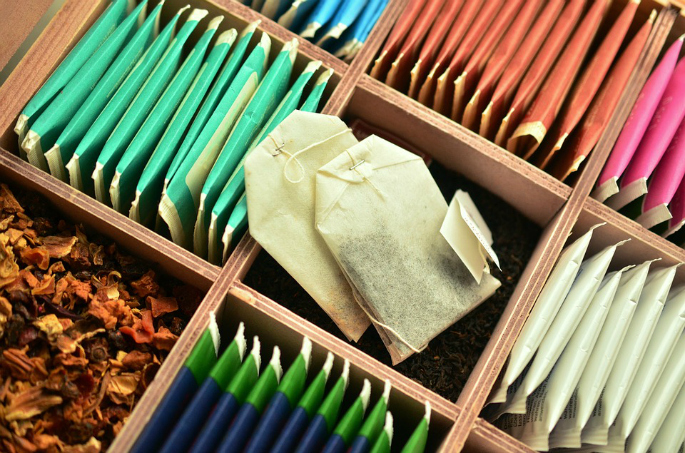 Twinings English Breakfast Tea is one of the more popular varieties. It has an amber colour to it with a rich source of antioxidants.

In general loose tea is thought to provide a better flavour of tea, as tea bags are ground more finely and can leave a bitter taste.

Earl Grey ~ Earl Grey is commonly recognised to be a posh type of tea that is famously enjoyed among posh people.

Staunch Earl Grey drinkers believe that the tea should be enjoyed without any milk or sugar, and with a slice of lemon. 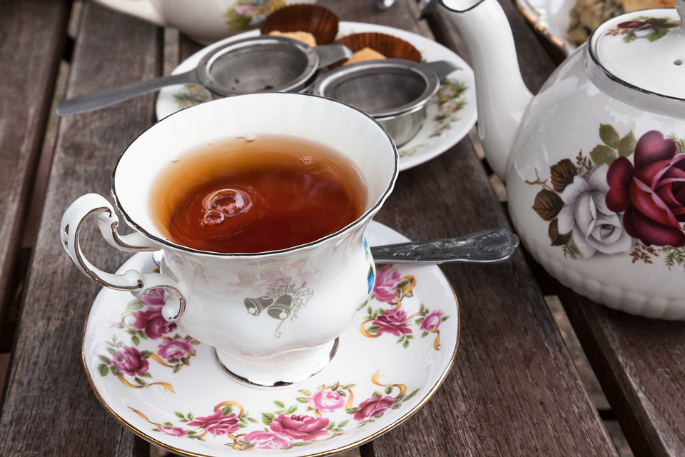 It is actually a blend of black tea and the oil of a bergamot orange rind. It was discovered by an English aristocrat called Charles Grey.

Earl Grey has also been linked with many health benefits. It is known to improve digestion and keep you regular.

It is also great for your teeth because it contains fluoride which fights cavities and decay. It is also a great source of antioxidants that can stem cancer and other diseases.

Because of its citrus element, Earl Grey has also been linked to weight loss which is why adding a slice of lemon works much better than cream or sugar.

Tea from Assam is a popular tea variety in the UK. It has a rich, amber colour and a strong malty taste. It is the perfect cup for the early morning.

Here is the ‘correct’ way to make English tea, according to the English Tea Store:

Traditionally, milk was always poured first to protect the fine bone china cup – so whether you wish to add milk before or after is entirely up to you! 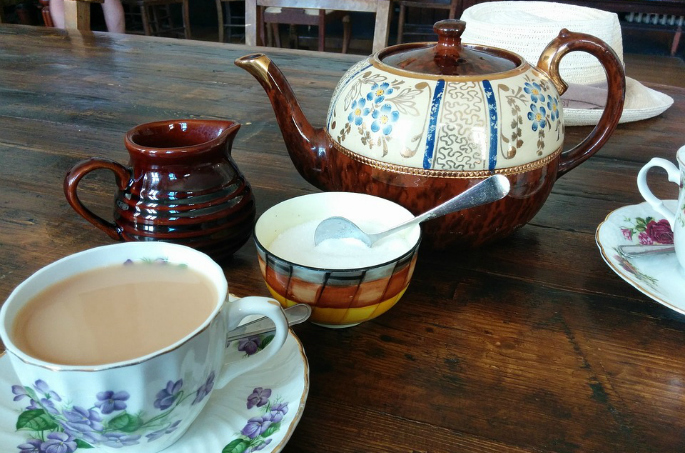 Desi tea or chai has been a pastime that is enjoyed from generation to generation across South Asia.

Traditionally, Desi tea is cooked within a saucepan, where water is boiled with spices, milk and any variety of black tea.

Because chai is such a sacred activity in many Desi households, preferences of Desi tea vary greatly.

Some add spices like cardamom, aniseed and cinnamon for an exotic kick that perfectly the black tea leaves.

Others prefer a higher milk quantity than water, resulting in a heavily creamy tea that is perfect for cold days. 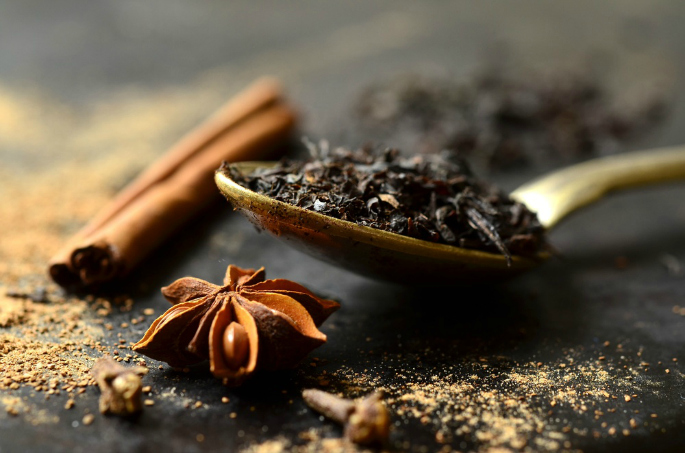 Masala Chai ~ Widely enjoyed across the Indian subcontinent, the origin of masala chai, or spiced tea, is an interesting one.

Masala chai actually goes back thousands of years. Traditionally, it was used for medicinal wellbeing, and used to contain a lot more spices.

The eldest woman of the household (usually the grandmother) would brew a blend of spices together in the early morning.

This hot masala drink would be a natural cure for all ailments and colds, and it actually contained no tea at all.

It was only with the arrival of the British to India, that tea leaves, milk and sugar were added to make the masala chai as we know it today.

Here is how to make Masala Chai (recipe adapted from Mighty Leaf): 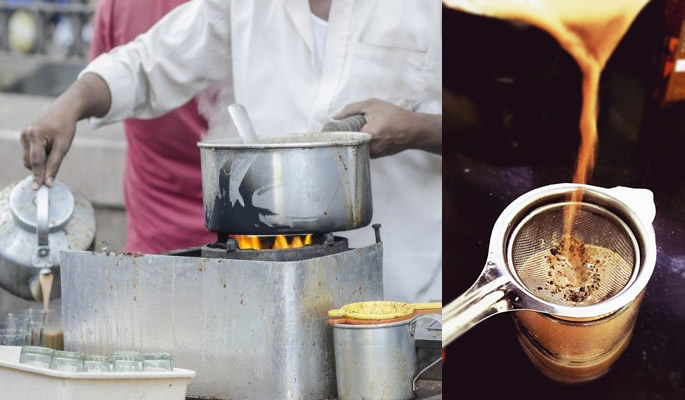 Doodh Patti ~ Doodh patti is a more popular chai option in Pakistan. It differs from masala chai because it has only two to three main ingredients – milk, tea, and sugar.

Some Desis enjoy the tea with a few added cardamom pods for added flavour.

Here is how to make Doodh Patti:

Kashmiri Chai ~ Kashmiri Chai is a popular tea that is enjoyed in the Himalayas. It is also referred to as Pink Tea, Nun Chai or Shir Chai.

The most interesting thing about this tea is that it is actually savoury as opposed to sweet, and it suits the winter climate of the mountains in Asia.

Kashmiri chai mixes ingredients of masala chai with salt and bicarbonate of soda. This gives the tea a unique pink colouring. It is usually made in large batches and many Pakistanis will serve it at weddings or big celebrations.

Here is how to make Kashmiri Chai:

Many Asians love the classic, homely taste that Desi chai brings, but don’t like the time it takes to make – especially when compared to normal English tea that will only take a few minutes.

The question of Desi chai vs English tea really does come down to preference. So, which do you prefer?

Aisha is an editor and a creative writer. Her passions include music, theatre, art and reading. Her motto is “Life is too short, so eat dessert first!”
Yummy Eggless Cake Recipes to Make
Nando’s India receives backlash for ‘Sexist’ Ad