A poorly thought out advert has left India’s branch of Nando’s in hot water, and the sexist ad has received huge backlash. DESIblitz reports.

"Because women not minding is every harasser's dream"

Nando’s India has received critical backlash from Indians against a sexually suggestive ad placed in the Hindustan Times.

The advert reads: “We don’t mind if you touch our buns, or breasts, or even our thighs. Whatever you’re into, enjoying any Nando’s meal with your hands is always recommended.”

Naturally, the surprising caption was met with a slew of negative feedback on social media, all accusing the advert of capitalising on sexist humour about the objectification of women.

The advert received particular backlash from those who argue that it has validated a potentially harmful world-view about women, one that objectifies them, or even treats them as property.

Women are not meat, @NandosIndia.
On why the #Nando's ad makes me sick to the stomach.https://t.co/o2daj30r3I@ShivAroor

“Don’t mind, as the Nando’s ad says. Because women not minding is every harasser’s dream,” writes Neha Sinha, who among others found the ad’s imagery incredibly troubling.

Particularly troubling is this coming in the wake of a number of rape scandals rocking the country.

One high profile assault happened in 2012 when a gang of Indian men gang raped a young student, Jyoti Singh, who later died of her injuries. One of her attackers stood by his actions, allegedly saying: “A decent girl won’t roam around at 9 o’clock at night.”

With India struggling to shed its reputation as a society dominated by a patriarchal ‘old guard’, having adverts like this is a step back.

Disgusting ad by @nandosindia in HT today. You need #sexism to sell when your product isn't good enough. pic.twitter.com/CBotzQxZmu

Male respondents to the outrage has been mixed, with some agreeing wholeheartedly that the ad was a poor decision from Nando’s India, but others taking a more aggressive stance to the criticism.

Padma Rao Sundarji has felt the brunt of this aggression first hand:

“While some thought I ‘couldn’t see the subtle humour’ in the advert, others actually said it was ‘witty copy’ and that I was too dim to appreciate the cleverness of the dolt who wrote it.”

I wonder what @NandosIndia is trying to say here? Normalising #rapeculture and #sexualharassment much? SHAME! pic.twitter.com/sQqz5KIdvb

Nando’s India has since apologised for the ad, although many are not convinced by the sincerity of the apology. 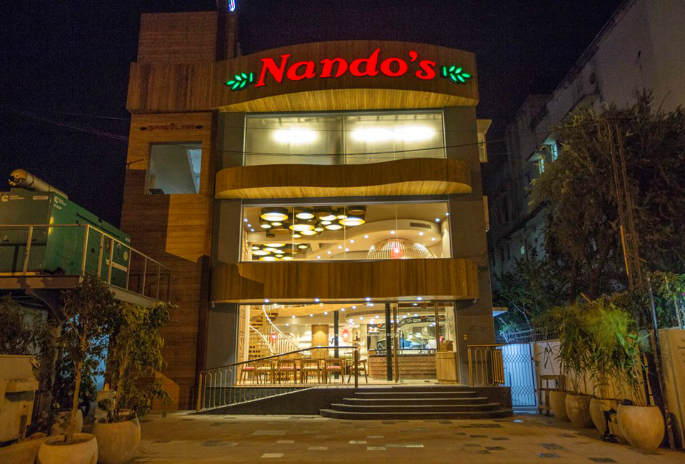 After an initially rocky start which led to the restaurant chain closing its locations in Mumbai, the company eschewed the counter service found in most of their chains, and relaunched in 2012 as a traditional sit-down restaurant.

Since the relaunch, the chain has gone on to great success. In the wake of the recent backlash Nando has received however, it is hoped that the world-renowned chicken restaurant can be more sensitive in its future marketing campaigns.