Is the South Asian Mother Tongue being Lost in the West?

Are we losing the Desi mother tongue to the West? We look at why this is happening, the impact of this cultural loss and ways to preserve it.

"I wish I had taught my kids Urdu when they were younger."

The South Asian mother tongue is a plethora of languages that stem from the deep roots of Desi culture.

Asians from South Asia, are exposed to their mother tongue within the country they live in and the majority speak their language fluently.

However, in the West, that is not entirely the case.

With Western culture and upbringing surrounding British Asians, it is quite hard to decide whether they should learn their mother tongue or not.

So for British Asians in the West, why and how is their mother tongue becoming undermined and lost?

Mother Tongue challenges in the West 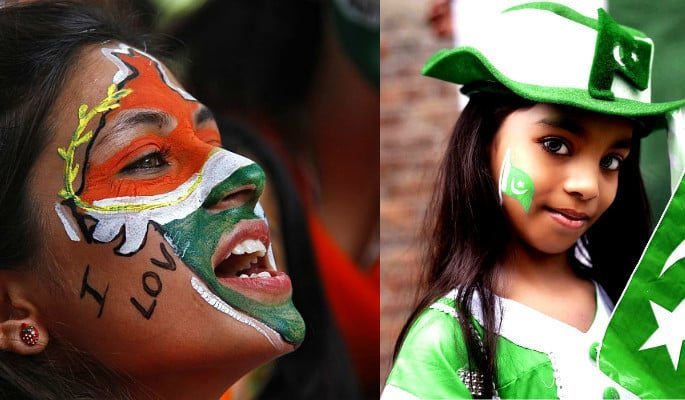 Evidently, the mother tongue originates from South Asian countries like India, Pakistan, Bangladesh and Sri Lanka. There, many languages are spoken, such as Hindi, Gujarati, Punjabi, Pashto and other dialects.

A whopping 80% of the South Asian population can speak their mother tongue fluently.

But that’s not it, another 60% can speak another Indian language other than their mother tongue.

The migration of language came to the West after South Asians moved from their homelands to Britain in the 18th and 19th century.

Similarly, others migrated to Africa, USA and Canada too.

The migrants settled in their new countries bringing their mother tongue with them which they fluently spoke and in fact, it was the common denominator allowing them to communicate with others from their regions back home.

But for the first generation of British Asians born in the West, the need to learn English as the language of ‘their country’ became an important factor.

Identity of South Asians in the West 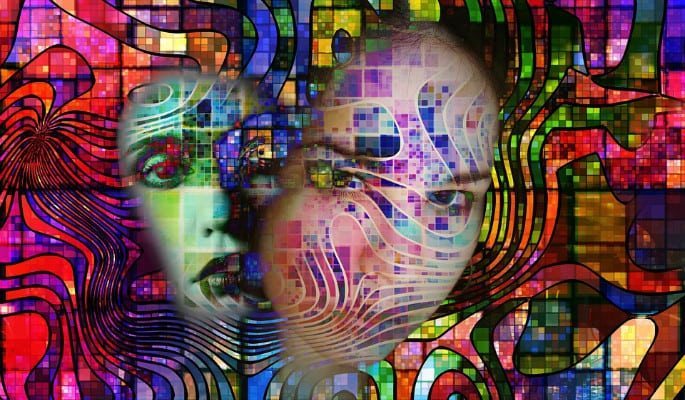 Cultural identity defines British Asian individuals born in the West, separately from those who migrated.

British Asians brought up in the UK, have grown around western traditions and identify more as ‘Western’ Asians than full-on South Asians.

The two identities are miles apart and whilst one tries to hold on to the other in the UK. The other, for example, in India and Pakistan, is also adopting more English than ever before.

So, as generations go on, will the identity be lost too as well as the mother tongue?

Teenagers and the Mother Tongue 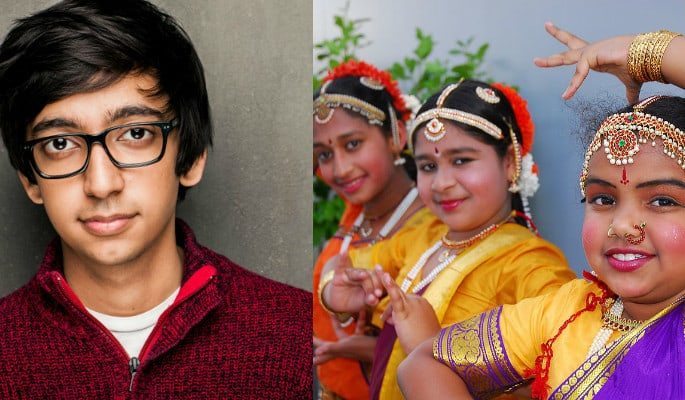 Majority of the British Asian teens, find that learning their mother tongue will clash with their Western background.

DESIblitz found interesting results when talking to teens about their mother tongues.

A study done recently on 25 mixed gender British Asian students from Aston University, Birmingham, showed that only 5 out of the 25 knew their mother tongue fluently.

Nicky, a British Asian student from the Punjab says:

“I should have been more encouraged to carry on speaking my mother tongue. At one point I really believed it was a waste of time, but I do regret not wanting to learn it”.

At one point in a British Asian teenager’s life, they will feel that learning their South Asian mother tongue is “irrelevant” or “not cool”.

Shazma Mukri, a counsellor and psychologist explained this outlook:

“Because it’s not spoken to them when they are kids, when they are a bit older they don’t want to make mistakes or look ‘silly’ so they would rather not speak it.”

For the teens, the English language represents high social status in comparison to their mother tongue.

Some teens might actually know their mother tongue, but choose to not speak it in front of friends.

One out of the five teens who knew their mother tongue at Aston University says:

“I grew up learning my mother-tongue, it has become a part of me. I know that I am proud of it”.

Contrary to British Asian teens not accepting their mother tongue, some relish it, as they grew up learning it.

Parents and the Mother Tongue 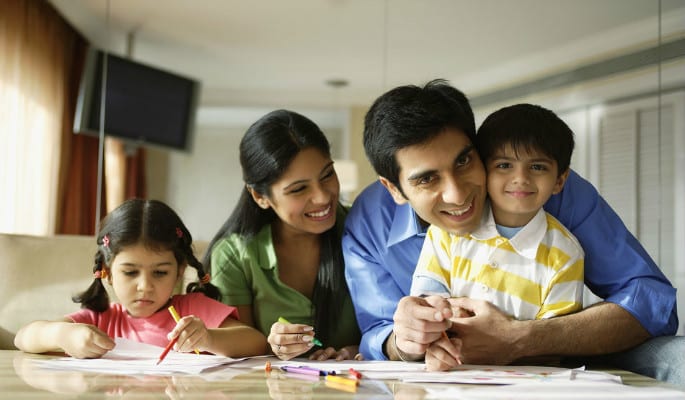 Parents play a huge role in teaching their children culture and identity.

A major change in British Asian life compared to the past is that grandparents living in extended families could only communicate with their mother-tongue.

Therefore, automatically engaging with grandchildren in their own language and not English, which led to the children learning the language too.

With more and more British Asian couples living on their own and becoming parents, this notion of ‘passing on’ languages is gradually depleting. Since English is the main language being spoken in the households.

Therefore, nowadays, many British Asian parents are not willing to take the step to explicitly teach their children their mother tongue.

But why are some parents not willing to teach their children the mother tongue that they themselves grew up learning?

A study done in Birmingham showed that 12 out of 13 British Asian parents speak their mother tongue.

Abdul Rehman, a businessman and parent from the UK said:

“In UK, the value of English outweighs the value of our mother tongue. I wish I had taught my kids Urdu when they were younger.”

“I learnt how to speak Punjabi due to my grandmother living with us. But with English being so common now amongst current generations. The need to learn your own language seems to matter less and less. Everything is also now being translated for your children.”

“My children can understand their mother language when spoken to in it. But for some reason, they will not reply back in it. This could be because they are not confident in speaking it.”

Some parents do go the extra mile to teach their kids the language.

Gouri Richards, a mother from America said that,

“I am married to an American, but I made it a point to teach my only son Hindi from birth. He speaks it fluently.”

Benefits of the Mother Tongue 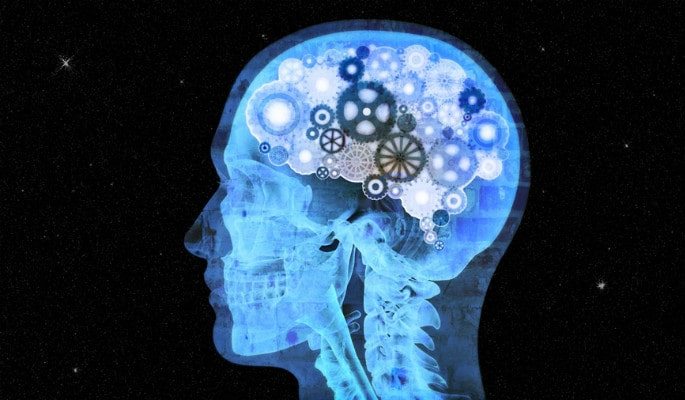 Knowing English is esteemed but blending this with your mother tongue opens up a passageway to privilege and respect.

Dr. Zubair Sarang, when asked ‘how important do you think it is to know your mother tongue?’ highlighted about how he thinks “it’s very important.”

“It plays a part in defining one’s cultural and social identity. It could also perhaps allow one to improve and learn other languages and appreciate other cultures.”

The beauty of ethnic diversity is that it helps root a strong bond between language and culture.

Knowing more than one language is truly a bonus and can help also with career prospects.

Another benefit is the increase in brain ability. Research from the University of Edinburgh shows that knowing more than one language can boost brain potential and power.

How to Learn Your Mother Tongue 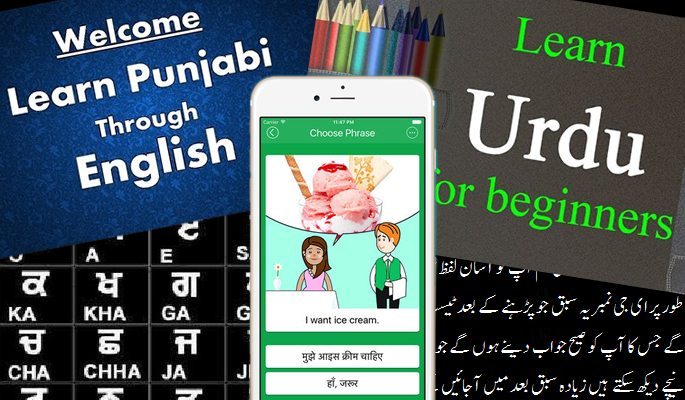 If you are not familiar with your mother tongue then there are some ways to learn it.

Learning the language when you are young is the best way to carry the custom into adulthood. But it is never too late.

South Asian grandparents and many parents are fluent in their first language, so you might be able to learn from them.

There are many weekend schools and colleges providing courses in mother languages so this is a good option which can result in a qualification too.

To value your mother tongue is the same as valuing your culture and background. Losing it means losing the foundation of cultural communication.

Most British Asians prefer communicating in English compared to their mother tongue which is leading to it being spoken less and less in communities.

In the future, with a lack of the South Asian mother tongue in the West, cultural identity and background is also likely to be impacted.

Sadly, this will result in South Asian languages themselves becoming a rarity outside of South Asia.

Is this something we really want? To lose the ability to speak languages that belong to our rich cultural heritage?

If not, then it is really up to us to stop the loss of our mother tongue and to preserve our roots.