‘Turban Traveller’ Drives from Delhi to London in 131 Days

Amarjeet Singh Chawla, known as the Turban Traveller, travelled from Delhi to London in 131 days. It was his most challenging, yet satisfying adventure.

"I decided to undertake a journey by road from Delhi to London and back."

He drove from Delhi to London and back to Delhi. It was a journey which spanned 22,800 miles and lasted 131 days.

It was a dream he had for 40 years and during his journey he briefly met his Danish friends and got to speak with them.

Along the way, he gained recognition from media outlets in different countries and became known as the ‘Turban Traveller’.

Having completed his journey on February 23, 2019, Amarjeet spoke about his most challenging and satisfying adventure.

He said: “As a youth growing up in Delhi, I always dreamt of travelling the world. I met a man from Denmark, 40 years ago, who was on a travel spree and we struck a conversation about his adventure.

“Much later in life, after I got retired, I felt something missing in life. Thereafter, I decided to undertake a journey by road from Delhi to London and back.” 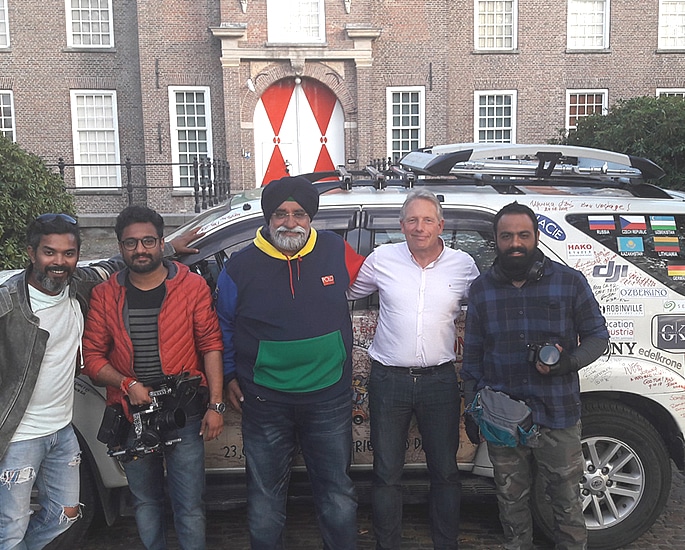 The retired businessman began his dream journey on July 7, 2018. He travelled through 30 countries, including Central Asia, China, parts of Eastern Europe and Russia.

His white SUV was transformed into a colourful canvas bearing messages from over 400 people whom he met during his journey.

Amarjeet managed to finish his journey and arrive back home on February 23, 2019. 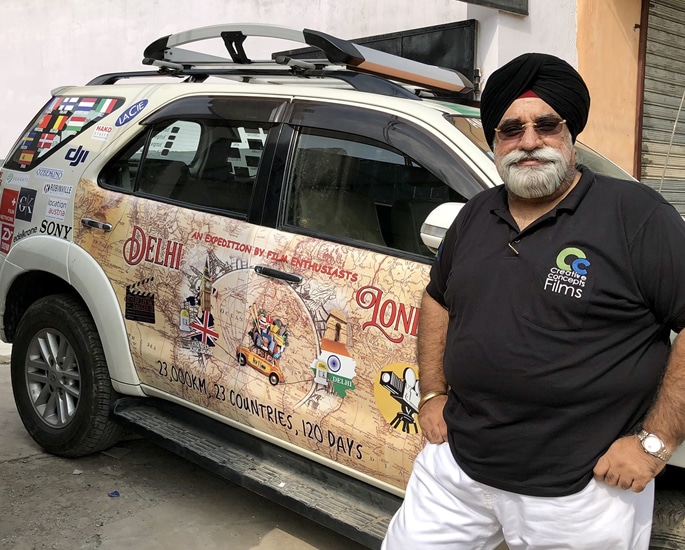 He proudly shared his nickname: “I have also earned a name for myself, the Turban Traveller.”

Amarjeet met a number of celebrities during his journey. He said:

“I met Arnold Schwarzenegger and several other celebrities during my journey.”

“It was also a journey of self-discovery for me as I met my friends from 40 years ago in Denmark and well, many unknown people who helped me through and reaffirmed my faith in mankind.”

However, it was not always a smooth journey for Amarjeet.

“Being a vegetarian, I had to face a tough time while travelling through China and Central Asia.

“I met with three road accidents as well, though nothing bad happened. In Central Asia, fuel too was also an issue as black marketeering is rampant.

“In Tibet, I could not do video interviews for my documentary on the road trip.

“But, despite several health issues and all, I am glad that I could experience the world and its citizens intimately through my road trip.” 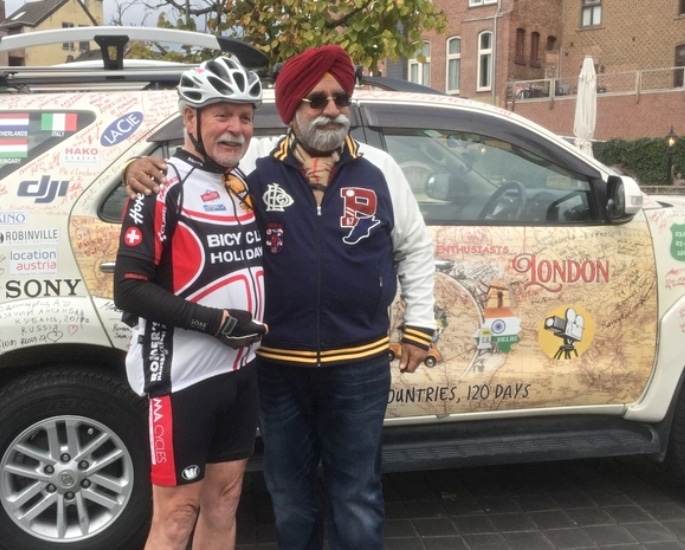 Amarjeet is now preparing to take up another road trip challenge. He will drive across seven continents, covering approximately 124,000 miles over 18 months.

He said: “I am preparing to start my journey in May this year from Delhi.

“I do not want my journey to be meaningless and so I want to tell the youth that if a 60-year-old man can manage to live his dream, they too can achieve anything under the sun.”

Watch a News Report about the Journey 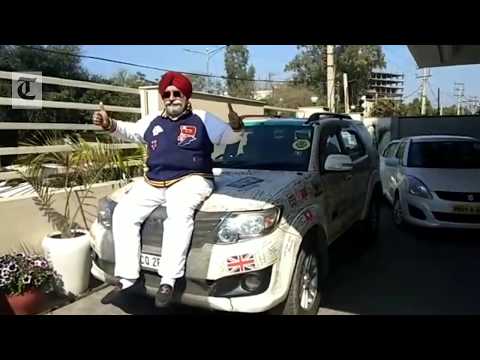 Dhiren is a journalism graduate with a passion for gaming, watching films and sports. He also enjoys cooking from time to time. His motto is to “Live life one day at a time.”
Man aged 80 Sexually Touched Young Woman on Bus
Rapist Parvaze Ahmed caught Updating Facebook in Jail