Why ‘Curry’ is not Indian

The word ‘Curry’ commonly refers to a dish prepared with spices originating from India. However, the word has no real meaning in authentic South Asian cuisine and can be classed as a term historically introduced by the British.

the word is not used by South Asian households

Many people who enjoy eating South Asian food know that the curry is the pinnacle dish for an Indian or South Asian meal.

However, not many people are aware that the word Curry is not used in households of South Asian origin as much as it is an English household. Because there is no dish in the typical Indian, Pakistani, Bengali or Sri Lankan home that is called a “curry.”

India, for example, consists of twenty-eight states and most of these have their own regional cuisine. And people who migrated from India to the UK brought their local dishes with them.

Therefore, the word “curry” is generically used to describe a variety of spiced dishes from India and South Asia.

An explanation of the word goes back to the 13th century. Some historians claim that the word Curry evolved from the old English words Cury and Currey. 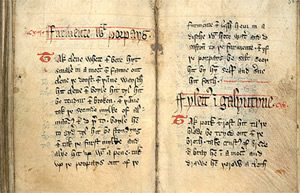 It was in the 1300″s when King Richard II summoned over 180 cooks and several philosophers to produce the first English cookery book. The book was called ‘The Forme of Cury’ and was created in 1390. It contained 196 recipes and none of them had any thing in common with the Indian curry. The old English word Cury is used to describe cuisine based on French ‘cuire’ meaning: to cook, boil, or grill. Cury became a popular part of English vocabulary after the book was published and the word became associated with stew.

However, not all historians agree with this old English theory and claim that the word Curry is in fact an Anglicised version of the Tamil word Kari which refers to a dish made with vegetables or meat cooked in spices with or without a gravy sauce in the South of India. A derivation of the word which seems more likely because of the way both words sound and are spoken, especially in South India. 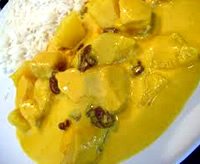 It is also likely that the word was adopted during the British Raj of India. The British Raj personnel acquired a taste for the spicy foods when they were stationed in India. These dishes and recipes were brought back home and adapted to suit the British palette and own taste. A typical British curry in the early days included ingredients such as sultanas, spices and sugar in a gravy sauce and was very mild in comparison to its Indian counterpart.

The word Currey was used to describe Indian curries and seen as the pre-cursor to the word Curry as it is known today.

In India, Pakistan and other similar countries the English word Curry does not really mean anything to the native folk. 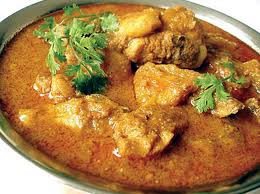 Since the word is not used by South Asian households, the same applies to the majority of British Asian homes too. Therefore, other terms are used to describe the “curry” because it is not one style of dish. There are different types of “curry” cooked in such households, very much depending on where the family roots are from.

People from the North of India, in particular the Punjab, usually cook dishes which are “sukhi” which are a dry form or dishes with “tari” which have a liquid base, usually water. The word “tari” is also a Hindi-Urdu word derived from the Persian word “tar” which means wet but does not imply use of spices in the dish. Many think the word Curry is based on this term too. 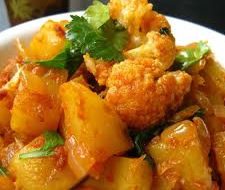 Vegetable only dishes are collectively called “sabzi” and are usually of the “sukhi” form. Whereas, “tari” based may include meat, poultry, seafood, chickpeas and paneer (cheese) as key ingredients. Other liquid dishes often cooked in Asian households are daals which are made with pulses, spices and water.

The actual term in Urdu for curry is “saalan” as it is known in Pakistani households, and in Hindi it is called “masalaydar” which indicates the dish includes masala. 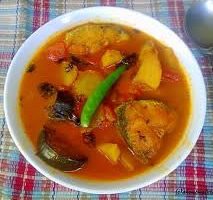 Masala is a base mixture used for curries, usually consisting of fried onions, cumin seeds, garlic and ginger, then combined with tomatoes and spices such as haldi (tumeric), garam masala, paprika, salt and black pepper. This is then used to make any type of curry which can be a sabzi or tari which requires addition of water.

Other terms for curry include “shaak” which is the Gujurati word for a sabzi; “karahi” which refers to a Pakistani dish made of mutton or chicken dish cooked in a dry spice; “saaru” or “rasam” which is a Karnataka soup based dish; “sarson ka saag” which is a Punjabi dish made with spinach and mustard leaves served with corn flour chappatis; “sadya” which is a Kerela vegetarian meal served with boiled rice and “jhol” which is the Bengali dish usually made with seafood or fish. 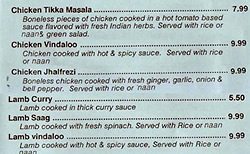 Also, in Asian households there is no concept of the strength of hotness of a curry as described in many British curry restaurants for the English palette. Vindaloo, Madras, Phall and Tindaloo are never really applied to cooking in the home. Spices and heat are usually used according to taste or family preference. This also applies to the many names for curries we see on menus in British curry restaurants such as “Chicken Tikka Masala,” “Jalfrazi,” “Dhansak,” and “Korma.” Once again these are a very British phenomenon as applied to curries.

Therefore, this shows that the English term Curry has been globalised by British roots and collectively refers to a huge range of dishes from South Asia, and the nearest dish to the word “curry” is “kari” from South India.

Madhu is a foodie at heart. Being a vegetarian she loves to discover new and old dishes that are healthy and above all tasty! Her motto is George Bernard Shaw's quote 'There is no love sincerer than the love of food.'
National Curry Week 2010
Shilpa launches Vegetarian meals