All over Britain restaurants, cafeterias, schools and universities will be celebrating ‘National Curry Week’ for what has become Britain’s ‘national dish’ with fun events from poppadom towers and poem writing to simple enjoyment of a fantastic meal.

the word 'curry' is a generic term

Curry the dish that has travelled continents, today is one of the most consumed global cuisines. It contributes not only to the palette but increasingly to the economy too. National Curry Week between 21st-27th October 2010 in the UK celebrates the popularity of this delightful cuisine.

During the week, over 500 participating restaurants will hold special events to help raise the much needed funds as well as to continue celebrating Britain’s favourite cuisine and have some fun whilst doing it. This includes activities like ‘The Great Poppadum Tower Challenge’ where two types of towers made of poppadums can be entered – Static Tower and Movable Tower. Plus the Samosa Speed Record, where samosas are made as quickly as possible. 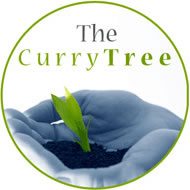 The aim of National Curry Week is to raise funds for charity via The Curry Tree Charitable Fund which is named after the small tree which carries the curry leaf so much enjoyed in dishes throughout Britain and worldwide. For 2010, the main target for fund raising will be the Pakistan Flood Disaster Appeal.

The adoration of the cuisine amongst the British started during their rule of India. Trying and eating spicy food introduced them to the variety of dishes cooked in the form of a ‘curry’ made with spices and ingredients not tasted before. Whilst their Raj in India, the British in devised their own milder form of spicy dishes which were based on the original recipes. Cooks were ordered to make the curry to suit European tastes. 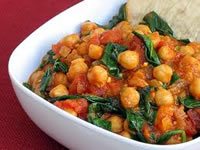 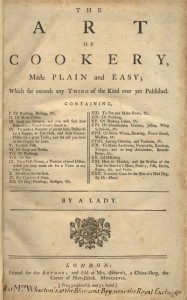 After the days of the Raj, the next key aspect of history related to curry in England, is the publication of its first recipe. It’s over 250 years since Hannah Glasse first recorded the recipe for curry in her book called, The Art of Cookery published in 1747. The recipe, which is likely that Hannah learnt from a correspondent in India, mentions only coriander and black pepper as the key ingredients, and no garam masala, turmeric or cumin. This is an early curry, therefore, it is possible that some of the more ‘Indian’ ingredients were omitted.

A style of curry powder went on sale in the 17th century along the lines of the popular ‘kitchen pepper’ which was used in recipes since 1682 with ginger, pepper, cloves, nutmegs and cinnamon.

Curry is the dish associated with every Indian, Pakistani and Bangladeshi restaurant up and down the country. According to historical archives, in 1810, after moving to London, Shekh Din Muhammôd (from Bihar Eastern India) known as Dean Mahomet made culinary history in Britain – 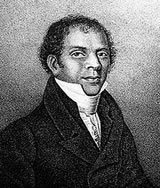 During the 19th century, the interest in curry was gradual but ended at the start of the First World War when food rations were mandatory for everyone. Then, the cuisine of curry became popular again after India’s Independence in 1947. During the late 1950’s and 1960’s Indian food was a cheap and cheerful alternative when eating out in Great Britain. An Indian takeway was very affordable food. So, it became an easy option for many working class poorer communities.

Since then Britain has presided over the ‘currification’ of the world. Curry was introduced to Japan by the British in 1870s and in Japan curry is one of the most popular dishes where people eat it 62 times a year on average. . in Germany, Currywurst is celebrated at a Currywurst Museum where 800 million are consumed each year since created by Herta Heuwer in 1949. South Africa has their own special curries ‘bobotie’ and ‘bunny chow’ which are very popular.

Curry is now consumed throughout the world in Europe, China, Caribbean, USA, East Africa, Ethiopea, and Australia not forgetting Thailand, Indonesia and Malaysia and many others, making it the fist truly global cuisine. 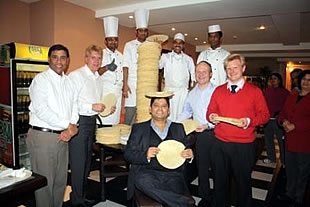 Curry is often portrayed as unhealthy, and some dishes do have quantities of deep fried ingredients, and breads or poppadums, which sometimes do support this comment. However, science is beginning to realise the many health values of the main ingredients of curry such that a good curry, well produced could well be called ‘health on a plate’. These ingredients include, Chilli, Coriander, Cumin, Ginger, Garlic, Fenugreek, Onions and Tomatoes.

Chicken Tikka Masala is one of the most, if not, the most popular curry dishes served in curry lovers. It’s estimated that about 23 million portions of the dish are served in Indian restaurants in Britain a year. This is enough to feed a full capacity Wembley Stadium two meals a day for over two months!

Considering some 65% of ‘Indian’ restaurants in Britain are in fact owned by Bangladeshis, it was expected that Bangladeshi food would top the favourite cuisine poll. The results showed that 31% of those polled went for Bangladeshi but Punjabi gave it a good run at 23%. Kashmiri, creators of the balti, grabbed third with 12% with the increasingly popular Goan/South Indian at 11%.

To support National Curry Week, you can visit www.thecurrytree.com to make a donation or visit any of the participating restaurants and add £1 or more to your bill to support The Curry Tree fund and at the same time enjoy a delicious, sumptuous curry!

Amit enjoys creative challenges and uses writing as a tool for revelation. He has major interest in news, current affairs, trends and cinema. He likes the quote: "Nothing in fine print is ever good news."
Animal ingredients in Vegetarian Foods
Why ‘Curry’ is not Indian