PureJewels, an established retailer in the Green Street jewellery quarter in East London, leads the way to be the first British Asian jeweller to work with designers to create a collection made from platinum, gold and diamonds, for the London Jewellery Week 2010.

PureJewels is the product of a remarkable journey by Bhanji Gokaldas

The collection has broken new ground as it is the first time that one of the UK’s most prominent Asian jewellery retailers is working with up and coming designers to create a range made up entirely of Platinum, gold and diamonds. 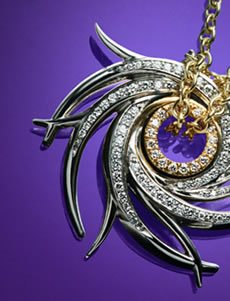 One of the six pieces in the collection entitled ‘Shakti’ has already been awarded the most prestigious Lonmin Design Innovation Award 2010 judged by a panel including Stephen Webster, who is one of the leading British figures in the fine jewellery and silver design industries, and Shaun Leane, a jeweller renowned for his darkly romantic and beautifully crafted jewellery and has had his work described by Sotheby’s, London’s prestigious auction house, as ‘antiques of the future.’

From humble beginnings in East Africa, PureJewels has emerged as an important brand in the fast-growing Green Street jewellery quarter, appealing to South Asian and Western tastes.

The story of PureJewels began in Nairobi, Kenya in 1950, with an Indian jewellery designer, Bhanji Gokaldas, who made his name creating exquisite, bespoke pieces for the local elite. Twenty-five years later in 1975, he was tempted by the bright lights of London, and brought his own distinctive sparkle to a new country, eventually settling in Green Street. He could not possibly have imagined the journey leading to the establishment of a thriving retail business in London.

Still a family-run company, when Bhanji Gokaldas and Sons transformed into the newly branded PureJewels in June 2008, PureJewels had reinvented itself as a retailer with a highly visible presence on Green Street, as well as a growing force in mail order online retailing.

“It’s a fundamental shift of our core brand and shows our level of commitment to creating design-led jewellery.” 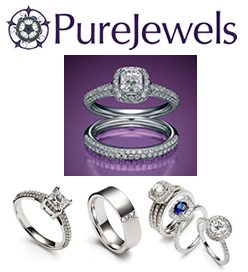 The Platinum Heritage Collection will be exhibited at the prestigious Goldsmiths’ Hall and at events to be held in the Jaguar Boutique at the Berkeley Hotel in Knightsbridge, during London Jewellery Week, which runs from the 7th to 13th June 2010. The entire collection will then be officially launched as the flagship collection showcased and launched at a London Jewellery Week cornerstone event at Treasure on the 11th June 2010.

“This journey has inspired the six Platinum Heritage Collection designers, who have each picked up on different aspects of the story of the PureJewels brand and each designer will be celebrated for their pieces. It will be PureJewels by Kate Thorley, and PureJewels by Zoe Youngman, and so on”,” says Raniga.

PureJewels has won many awards and accolades for their work, including, Business of the Year 2005 – Winner, Thames Gateway Business Awards 2009, Highly commended in the Retailer category, Commended in the Business category, Platinum Guild – Recommended Retailer and The British Institute of Technology and E-Commerce award brand manager for contribution to business in Newham in East London. PureJewels was also commissioned to create exclusive cufflink collection for Westminster Cathedral. 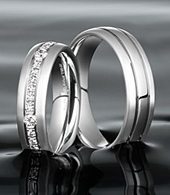 PureJewels targets mainly the 24-35 year-old engagement and wedding ring market – young, affluent people wanting to buy a beautiful piece of jewellery, and now sells half of its jewellery to British Asians and the remainder to other Britons.

Home to a multicultural community in East London, Green Street is the perfect place for PureJewels’ spacious new store, offering an unrivalled collection of contemporary and Indian-inspired jewels, from bespoke solitaires to bangles laden with diamonds.

Nazhat is an ambitious 'Desi' woman with interests in news and lifestyle. As a writer with a determined journalistic flair, she firmly believes in the motto "an investment in knowledge pays the best interest," by Benjamin Franklin.
Fashions of Salwar Kameez
Prasad Bidapa the Fashion Guru