With big money spent on players for the IPL 2010 cricket tournament, a surprise this season is that no Pakistani players were selected for the rosters by any of the team owners.

Availability of the players was a key issue

Fierce and controversial silent bidding took place for Bond and Pollard. Bond, replaces Umar Gul in the Kolkata line-up and Pollard joins the Mumbai Indians with the likes of Sachin Tandulkar. Eoin Morgan was the only English player sold in the auction to the Bangalore Royal Challengers.

An odd twist in the auction this year was that no Pakistani players were bought by any team. The players from Pakistan included, Shahid Afridi, Misbah-ul-Haq, Umar Gul, Imran Nazir, Abdul Razzaq, Umar Akmal, Saeed Ajmal and Sohail Tanvir.

Here is a summary of the players bought during the 2010 IPL auction.

Last year, the Pakistani players were barred from featuring in the IPL due to tensions between the two countries post-Mumbai attacks. IPL franchisees replaced Misbah Ul Haq, Umar Gul and Shoail Tanvir by other overseas players for the 2009 tournament. 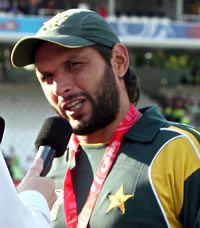 Pakistan’s Twenty20 captain Shahid Afridi spoke up for his demoralised team-mates. Afridi said Pakistan players have a good fan base in India and wondered whether the Indian government had influenced the franchisees’ decision.

“Cricket is like religion in India and Pakistan. Sport is the only way to bring both the countries together. The Pakistani players have a huge fan base in India and we were expecting the IPL franchisees to take us. It is disappointing,” Afridi told a television channel from Hobart in Austrailia. He added,

“I do not know why we were overlooked, the government may have put pressure on franchisees not to take us.” 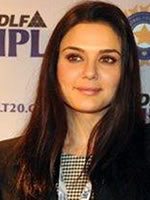 IPL chief Lalit Modi, however, did not want to read too much into the Pakistani players missing out. Modi said, “There were so many players left out in the auction and each team had its own strategy. I have no reason to believe there could be any other reason.” He added, “Availability of the players was a key issue with the franchisees without doubt.”

Bollywood actress, Preity Zinta, owner Kings XI Punjab, defended their decision for buying who they felt was apt and said, “Every team went into the auction with a strategy. Availability of the players for the entire season was one of the factors we took into account.”

Pakistan’s Sports Minister, Ejaz Hussain Jakhrani expressed his unhappiness about the matter by contacting his Indian counterpart, MS Gill. A news agency report said that Ejaz expressed to Gill that it is utterly disappointing that not a single Pakistani was auctioned for the cash lucrative IPL. He added , “such decisions in the field of sports are contradictory and hard to understand.”

Gill responded and made it clear to Jhakhrani that since the IPL was a commercial venture the Indian sports ministry had nothing to do with the IPL and the government couldn’t interfere in the matter.

There is even talk of Pakistan officials banning Bollywood films being released in Pakistan along with other possible sanctions to reflect the anger of no players being chosen to play in IPL 2010.

Therefore, it is not clear at all why some world class players from Pakistan were left out of the 2010 IPL.

Why were Pakistani players not selected for IPL 2010?

Baldev enjoys sports, reading and meeting people of interest. In between his social life he loves to write. He quotes Groucho Marx - "The two most engaging powers of an author are to make new things familiar, and familiar things new."
Amir Khan hits back at Racism
IPL Cricket Schedule 2010