“We’ve come out because we feel the media has given us dignity."

Bollywood actor Arjun Kapoor has rung in the New Year 2021 with his girlfriend Bollywood actress Malaika Arora in Goa.

Bollywood’s beloved couple has once again given fans relationship goals with their loved up posts on social media.

Arjun and Malaika had reportedly taken off to Goa a few days before the New Year with Malaika’s family.

Malaika kicked off the New Year by posting a picture with Arjun on her Instagram page, writing:

Following which, Arjun posted an Instagram story gushing about a delicious meal Malaika had cooked for him on January 3, 2021.

The Panipat actor shared a video featuring the dishes made by his girlfriend and captioned it:

“When she cooks for you on Sunday.” 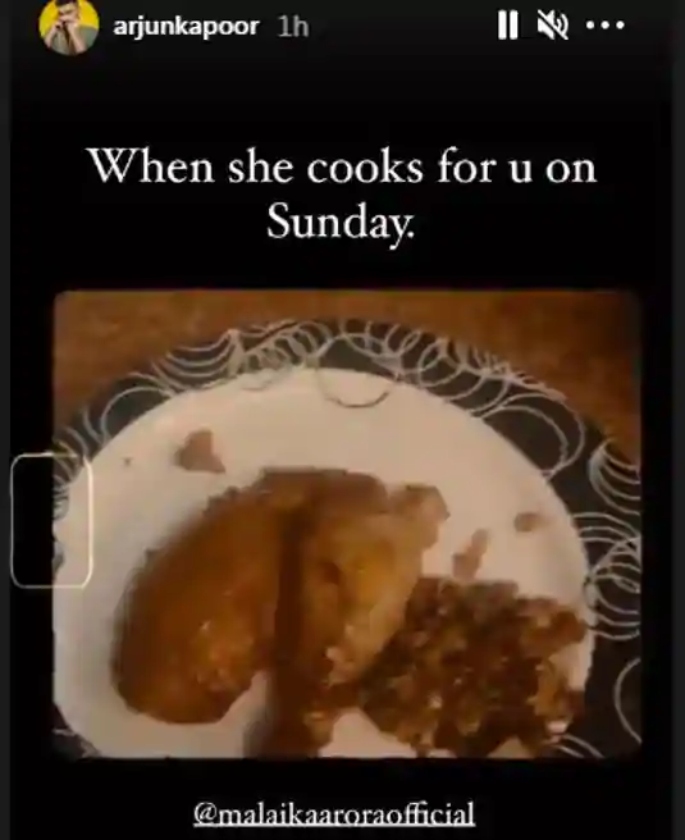 Malaika Arora reshared the actor’s Instagram story on her social media profile and accompanied it with red heart icons.

Both Malaika Arora and Arjun Kapoor have been filling up their respective vacation albums with stunning photos from their trip to Goa.

On January 3, 2021, Malaika Arora raised the temperature on Instagram by sharing a pool picture of herself. 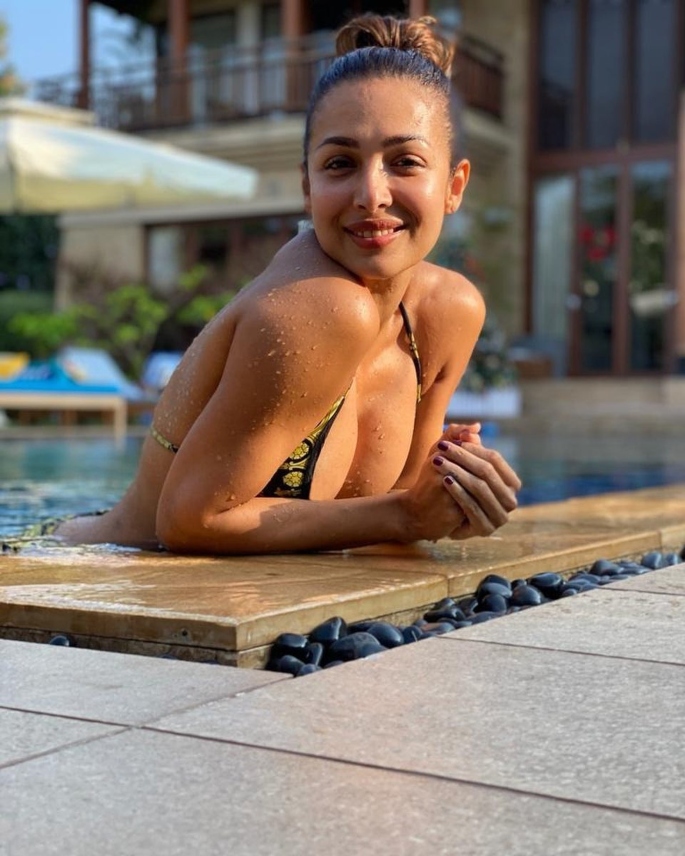 Whereas, her boyfriend Arjun Kapoor shared: 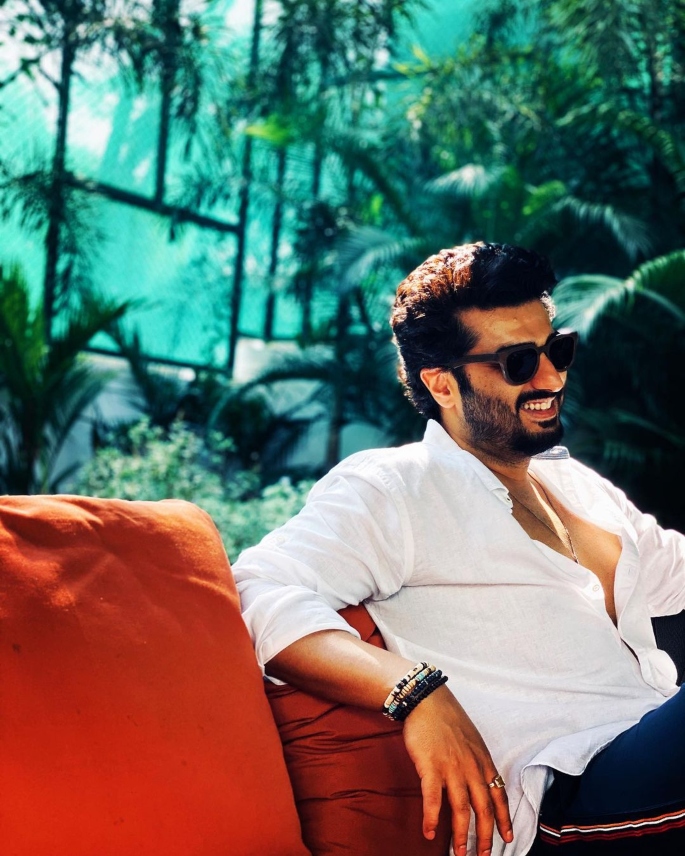 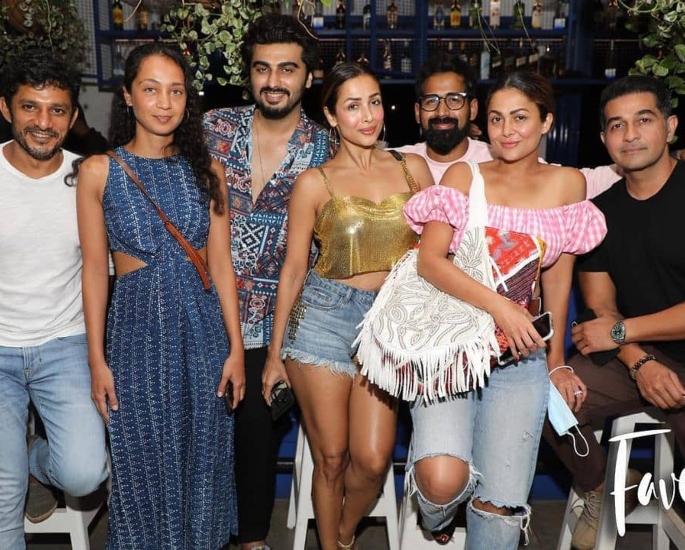 Arjun and Malaika can be seen posing with their friends and her sister Amrita Arora and her husband.

Clicked at a restaurant, the photo is all things fun, happy and blingy.

Malaika can be seen wearing a pair of embellished denim shorts and a golden bling crop top.

Arjun Kapoor, who can be seen standing next to Malaika, smiling in a bohemian blue printed shirt.

Arjun and Malaika had confirmed their relationship during their New York vacation in 2019. 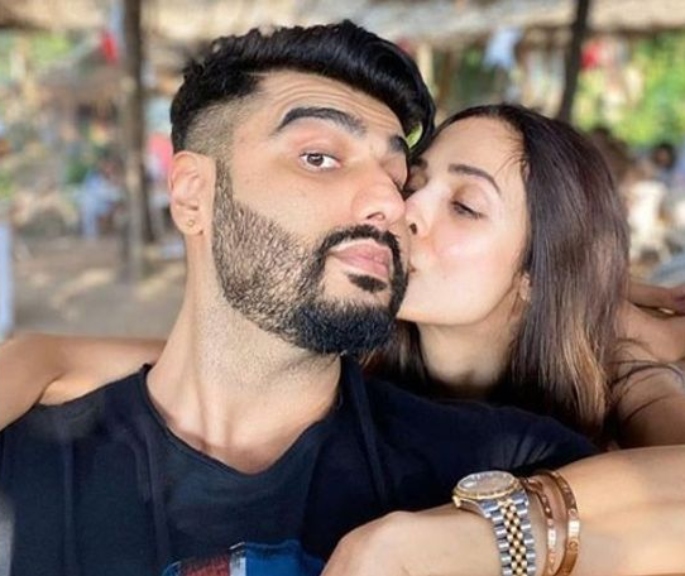 Talking about the same, Arjun had told Filmfare in an interview:

“We’ve come out because we feel the media has given us dignity.

“There’s a certain understanding the media has… they’ve been respectful, kind, honest and decent about it.

“That is why I felt comfortable. You recoil when there’s a certain ‘gandhagi’ that comes with the territory.

“When purposely people irk you by saying, writing or asking things… there hasn’t been any of that.”

Fans of Arjun and Malaika have been going gaga over the newly revealed vacation pictures of the adorable couple.

Akanksha is a media graduate, currently pursuing a postgraduate in Journalism. Her passions include current affairs and trends, TV and films, as well as travelling. Her life motto is 'Better an oops than a what if'.
Hina Khan reveals she lost a Year of Work
Nawazuddin Siddiqui says ‘Sacred Games 3’ not Happening