Actor Arjun Kapoor has opened up about his relationship with Malaika Arora, explaining what made him talk about it in the open.

"I don't want that story being conveyed that we're still hiding"

Social media has been wondering about Arjun Kapoor and Malaika Arora’s relationship with the two never officially confirming it.

They have been spotted attending events together and have been seen at each other’s homes.

Arjun has now responded to the dating rumours putting an end as to whether they were dating or not. He has said that he felt comfortable making it official as he was treated with respect by the media.

When asked what made him come out in the open about his relationship with Malaika, Arjun said:

“We’ve come out because we feel the media has given us dignity.

“There’s a certain understanding the media has, they’ve been respectful, kind, honest and decent about it. That is why I felt comfortable.”

The actor explained that he has no problem with the paparazzi taking pictures of him with Malaika as he doesn’t want to give the impression that he is hiding the relationship when he is not.

“Where the paps are concerned, we give them photos when walking in and out of a place. It is normal. There’s certain ease.

“We’re not doing anything wrong. I don’t want that story being conveyed that we’re still hiding when we’re not. They understood that.” 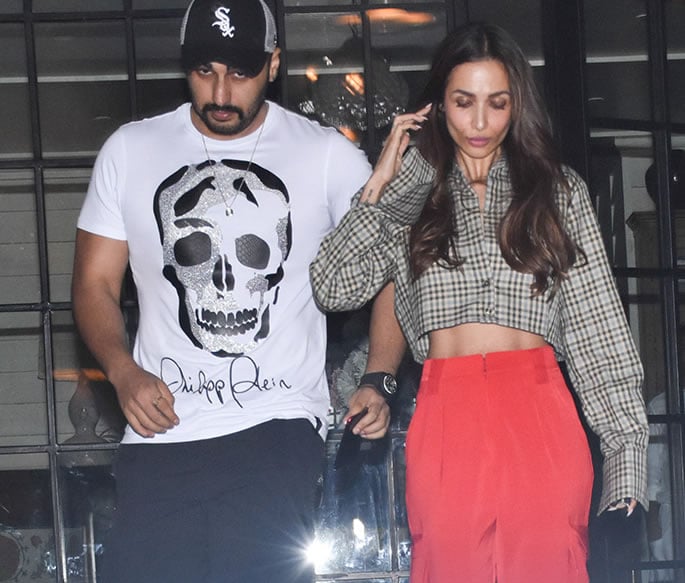 Arjun went on to say that is not thinking about marriage despite the rumours.

“I’m not getting married. I understand why there are speculations, 33 for most people in India is a great age to get married, but not for me. I still have time.”

Prior to dating Arjun, Malaika was married to Arbaaz Khan for 18 years before they split up in 2016.

Since then, Arjun and Malaika have enjoyed dinner dates, hanging out with each other’s family and attending events together.

It had been strongly rumoured that the couple would be getting married in April 2019.

A source had even claimed that the couple wanted to have a private wedding and had even asked their close friends to free up their schedule.

“Arjun and Malaika have told their teams to keep themselves free for the wedding.”

While talks of a wedding have been dismissed by Arjun, it is a possibility in the near future.

On the work front, Malaika was in Pataakha in the song ‘Hello Hello’. Arjun Kapoor is currently working on Ashutosh Gowariker’s historical blockbuster Panipat.

Dhiren is a journalism graduate with a passion for gaming, watching films and sports. He also enjoys cooking from time to time. His motto is to “Live life one day at a time.”
Woman accusing TV Actor Karan Oberoi of Rape Attacked
Sona Mohapatra gets Death Threat from Salman Khan fan