The woman who accused television actor Karan Oberoi of raping and blackmailing her was allegedly attacked on May 25, 2019, in Mumbai.

"She has been depressed ever since she filed the case"

The 34-year-old woman who alleged that she was raped and blackmailed by actor Karan Oberoi was attacked on Saturday, May 25, 2019.

She was out for a walk in Andheri West, Mumbai, when two men on motorbikes intercepted her.

One of the men slashed her hand with an unknown sharp object. They were also carrying a bottle filled with an undisclosed liquid which the woman suspected was acid.

They then threw a note at her which read: “TAKE THE CASE BACK.”

The suspects quickly fled the scene when the woman screamed for help and two women came to her aid.

The woman, who works as an astrologer, was taken to a hospital. She later filed a complaint with Oshiwara police.

Her friend, Shadaab Patel said: “She has been depressed ever since she filed the case against Karan.

“A doctor had advised her to be physically active, so she had started walking near the joggers’ park.” 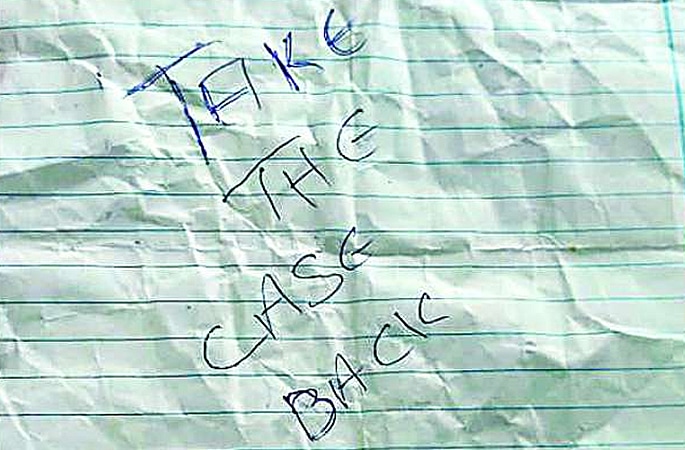 The police have registered a case against the two assailants under Sections 334, 503 and 34 of the Indian Penal Code. They are looking at CCTV footage in an attempt to identify the suspects.

“The victim has filed a complaint at Oshiwara police station that she was attacked by two unknown bikers this morning at 6:30 am at Lokhandwala back road while she was going for a morning walk.

“Oshiwara police station has taken note of FIR and the investigation is underway.”

Karan Oberoi was arrested on May 6, 2019, after the woman claimed to have been raped by him after he promised to marry her.

The woman stated that she met Oberoi in October 2016 through a dating app. They became friends and a relationship developed.

When the victim visited Oberoi’s flat, he offered her a drink which made her feel dizzy. He then allegedly raped her and filmed the act.

He then used the video to blackmail the woman, demanding money from her otherwise he would release the video.

After he was arrested, Oberoi was sent to 14 days of judicial custody in connection with the case. The court has since rejected his bail application.

“A sessions court has already rejected Karan’s bail application. This [the attack] is a sad incident. The police have promised them immediate action.”

Dhiren is a journalism graduate with a passion for gaming, watching films and sports. He also enjoys cooking from time to time. His motto is to “Live life one day at a time.”
Is Karan Johar Dating designer Prabal Gurung or Not?
Arjun Kapoor opens up about Dating Malaika Arora