Is Karan Johar Dating designer Prabal Gurung or Not?

Social media users have wondered if Karan Johar is dating fashion designer Prabal Gurung after a photo went viral. Prabal has spoken about the rumours.

"These reasons and many, many more is why I love Karan."

A photo of American-Nepalese fashion designer Prabal Gurung and Karan Johar has sent social media users in a frenzy.

Fans speculated if the two are dating especially because Prabal captioned the post with “Pyaar kiya to darna kya.”

However, the fashion designer has dismissed the rumours about having a “romantic relationship” with the Bollywood filmmaker.

He has released a statement stating that Karan is just his “dearest friend”.

Prabal wrote: “Can we have some humour and levity, please. I feel very saddened and disappointed to need to say this, but to officially set the record straight: I am not in a romantic relationship with Karan Johar.

Prabal explained that his post with the famous director was done with “humour and my absolute love of Bollywood, it’s melodramatic flair and the one and only Madhubala”.

“It has subsequently been misconstructed as Karan and me being in a relationship. Karan is one of my dearest friends.” 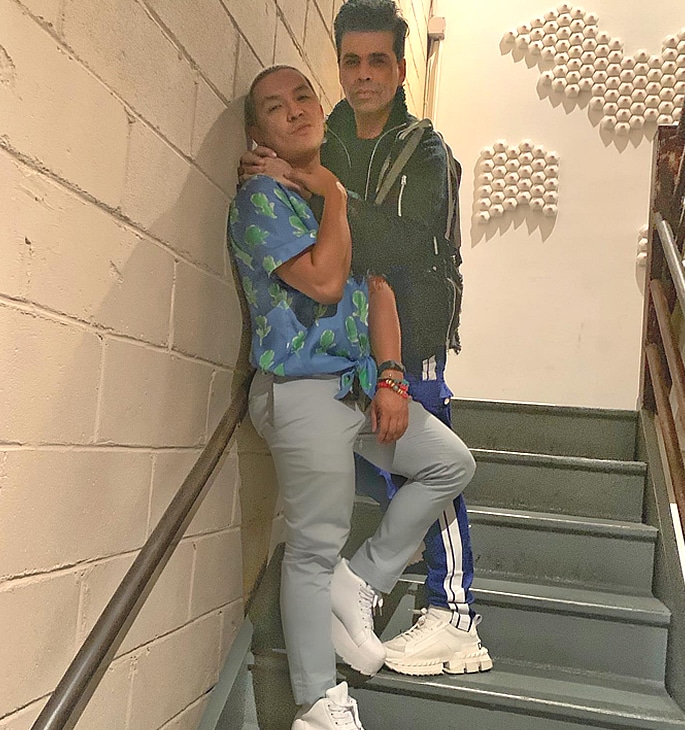 The fashion designer explained that he turns to Karan for guidance during his time of need. He described him as his mentor, guru, confidante and like a big brother.

Prabal added: “We’ve seen each other through our respective highs and lows. Karan is someone I deeply admire and respect.

Prabal, who is based in New York, mentioned that while he does love Karan, it is only as a friend.

“These reasons and many, many more is why I love Karan. But as a friend, as a big brother, as someone who I can always count on.

“To misconstrue my deep love for Karan as a relationship is immature, unfounded and frankly very damaging in the 21st century – In this time of incredible divisiveness and othering that is happening all over the world.

“I have been in a happy relationship for over five years – with someone else – not Karan.”

“There is not just one kind of love, one definition of love.”

Gurung said that as a “global society, we need to expand the horizon and definition of love. I feel that each and every one of us need to love whoever we want, however we want to love them – unabashedly, openly and proudly”.

Dhiren is a journalism graduate with a passion for gaming, watching films and sports. He also enjoys cooking from time to time. His motto is to “Live life one day at a time.”
1,845 Indian Films rejected at the Cannes Film Festival 2019
Woman accusing TV Actor Karan Oberoi of Rape Attacked