Sofia Hayat has divorced her husband Vlad Stanescu after about a year of marriage and accuses him of stealing, lying and fraud.

"You said you loved me..YOU LIED. .love does not lie or steal"

Sofia Hayat has announced her divorce from husband Vlad Stanescu and has accused him of fraud, lying and stealing.

Sofia Hayat originally an actress, model, singer and a former nun, married Vlad Stanescu on April 24, 2017, after announcing her engagement to him in March 2017.

The wedding was lavish and elegant with a princess theme with a carriage and horses and took place in Royal Battersea Park, London, UK.

A wedding that Sofia says she fully paid for with no financial input from Vlad.

Subsequent to the wedding, Sofia says, “We were living together in my house after the wedding.” 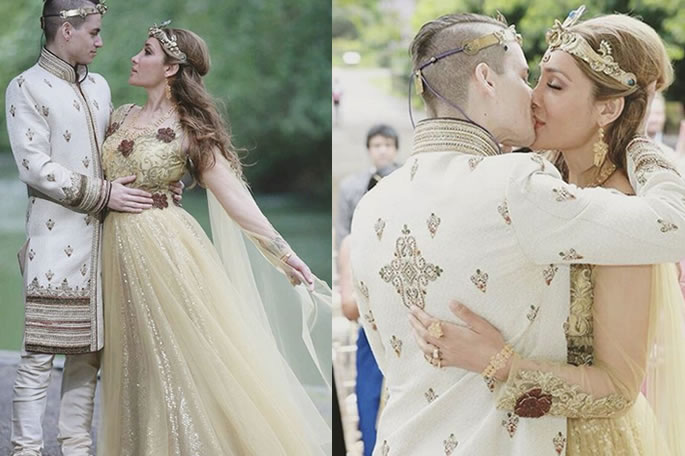 Sofia fell for Vlad Stanescu. A Romanian man, 10 years younger than her, who was said to be an interior designer by profession.

According to her social media, her married life looked a happy one with her sharing lots of moments as images and videos with her and husband Vlad, in intimate and affectionate poses.

The ex-Big Boss contestant posted snaps of them on holiday together and spending lots of time together as a married couple.

However, now about a year later, the same man she married in such a grand and loving way, she has now divorced and accuses of being a “con man”, a liar and thief.

Talking about Vlad and his fraud she says:

“I had once caught him trying to steal my jewellery, but I forgave him because he said he was desperate and needed money urgently.”

“Recently, I received a message from his ex-girlfriend saying he stole money from her too.

“When we had met, Vlad told me he is a hotshot interior designer but lost his job and came to London. He also said that he is not egoistic and doesn’t shy away from menial jobs, so he took up a gig as a salesman at a shop to manage expenses, and I believed him. 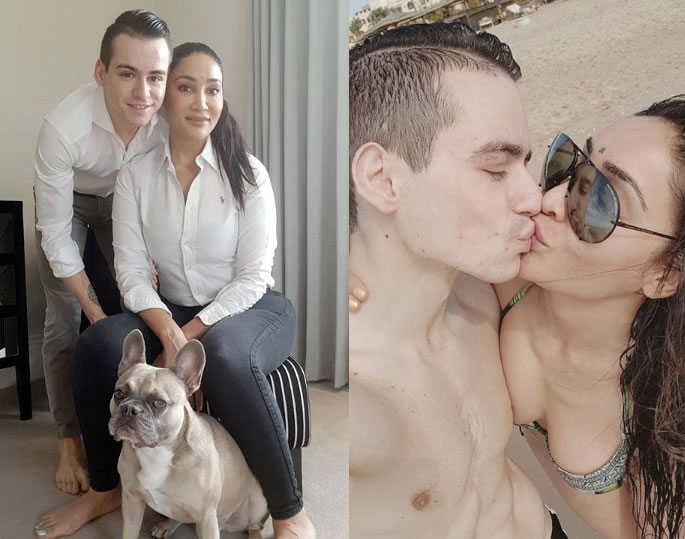 Sofia Hayat is the owner of TOA (Temple of Awakening) clinic in London which offers non-surgical based beauty procedures and she says that she even gave Vlad a job there due to his financial difficulties.

Speaking about how she began to notice things were not alright with Vlad was when items began to disappear, she says:

“I started suspecting him when money started to disappear from my purse as well as in my business deals.”

“He would keep borrowing from me saying that his ex-wife was trying to take his son away from him and he required money to pay the lawyers’ fee.

“I felt sorry for him and gave him all the cash he needed.

“Then, I found text messages on his phone where he was trying to sell his wedding ring, the one I had bought for him, and one of my Rolex watches. I had paid Rs 9 lakh (£9,900) for that ring.”

Sofia Hayat claims that the stress and discomfort in her marriage led her to have a miscarriage and losing her unborn child, saying:

“It has been a harrowing time for me. I lost my baby a month ago and I think it was because of all the things that were happening between us. I was upset and crying a lot.”

It looks like Sofia Hayat was not the only person that Vlad Stanescu had duped. His ex-girlfriend messaged Sofia and she then shared her messages on Instagram. Captioning one of the chats as:

“So Vlads ex girlfriend just sent me this….he is a serial conman!!!! She has given me permission to publish this.” 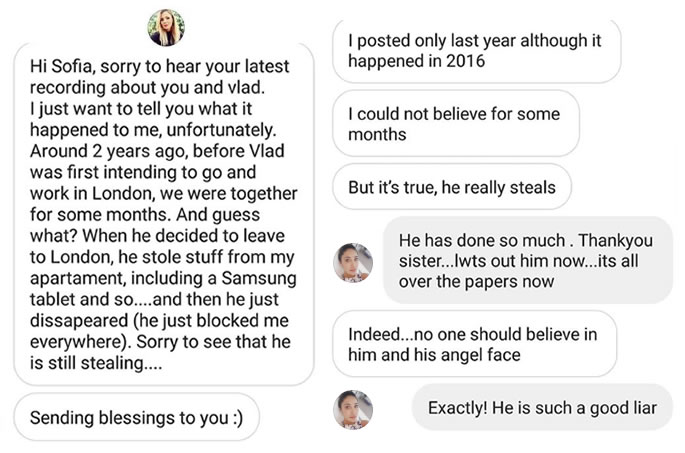 Outing Vlad, Sofia took to Instagram to let the world know about his fraud and experience of lies and theft with him:

“You said you were an interior designer who designed palaces…YOU LIED…infact..you were in debt..You said you loved me..YOU LIED.. love does not lie or steal..I paid for our sacred Union..I paid for the bills and I paid for our food and clothes..and yet..you wanted to steal more…you wanted everything I had…I met you..you were working in a shop..but I did not care..I still loved you. Everybody warned me not to be with someone who had no home or money..but..I did not listen..I believed in love..but you proved me wrong. So I pushed you out of my home and my life… I have learnt a lesson..that I will never be with anyone again who is not my equal. Who does not give back….He who is honoured to stand by my side…will be my equal..will inspire..create..love and know no darkness.”

!I allowed my light to shine through you..now you will stay in the darkness that you are.
The devil came to me disguised with the face of an angel..and tried to rape me of all that I am..but the sacred Mother is the All and can see the wrong. My power is truth, love and the love for my creation..for all that is good comes from me.”

In a statement after the breakup, Sofia said:

“Vlad is an evil. He was living with me, faking his real identity. He is a big-time thief. He misused me. So, I asked him to move out of my house.”

She uploaded a video on Instagram, saying “I am good” and with a message for everyone not to think badly of love:

Sofia became a nun in June 2016 saying: “I will never have sex, get married or have children.”

She worked on a number of British and Indian projects. However, after meeting Vlad she gave up these vows, got engaged and married him.

But the marriage did not turn out to be a long lasting one after discovering what she alleges about Vlad Stanescu.