India hosts its first Commonwealth Games starting 3rd October 2010. The 12 days of sports and ceremonies will be the test for India as a capable nation to host such worldly events. Preparations for the games are upbeat but not without scandals.

biggest cultural and sporting event ever held in India

Delhi the capital of India is host of the 2010 Commonwealth Games. Delhi fought of stiff competition from Hamilton, Ontario, Canada for the games. It officially commences on Sunday, October 3, 2010, with the Opening Ceremony to be held at the Jawaharlal Nehru Stadium.

Around 6,000 athletes from 71 Nations and Territories representing one third of the world’s population will compete in 17 sports over 12 days of ceremonies and competition, ending on 14th October 2010.

The Delhi 2010 Commonwealth Games is the biggest cultural and sporting event ever held in India. The Delhi bid won by a margin of 46 votes to 22, at a ballot of members held in November 2003 at the Commonwealth Games Federation General Assembly in Montego Bay, Jamaica.

This will be the first time India hosts the games and it is the 19th Commonwealth Games. India became the favourable host with a promise that it would provide about £63,000 to each participating country, along with air tickets, boarding, lodging and transport. 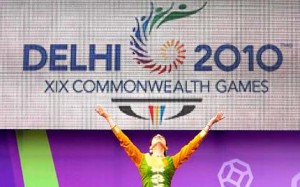 The logo of the XIX Commonwealth Games 2010 Delhi is inspired by the Chakra, the national symbol of freedom, unity and power. Spiralling upwards, it depicts the growth of India into a proud, vibrant nation.

There is also a games mascot, which is in the form of a cartoon tiger called ‘Shera’ a name derived from the Hindi word Sher – meaning tiger.

These games will be the first to debut Tennis. Despite it being on the approved sports list in past games, it will be played in these games in India. The games the only multinational event in which the home nations of the United Kingdom – England, Scotland, Wales and Ireland, send separate teams to the games unlike the Olympics.

It’s estimated that the total budget for the Delhi games is about US $1.6 billion being larger than the previous games in Melbourne 2006 which was approximately US $1.1 billion

The 2010 Delhi Commonwealth Games will be the first games ever to be recognised as “Green Commonwealth Games.” This is despite the fact that there had been a felling of “heritage trees” in the forest area to make way for the game facilities. 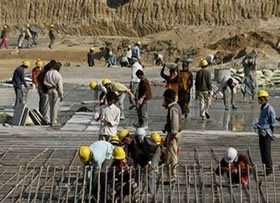 A panel set up by an Indian court found that at least 43 workers were killed during construction work for the games causing a riot and the working conditions for the majority are of a slumdog nature. Arundhati Ghose, one of the five panel members who is angry at way workers are being treated by the contractors said, “We did a lot of shrieking, it’s just outrageous,” during her investigation of the work practices.

In addition to the welfare problems for workers, other scandals around the games have emerged including controversy over financial mismanagement, profiteering by the Delhi Development Authority and private Real Estate Companies during the construction of the Games Village; corruption allegations against high-ranking committee officials, incomplete stadiums, and infrastructure projects around the city well behind schedule. 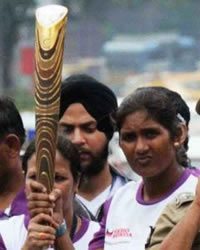 An important aspect of the Commonwealth Games is the The Queen’s Baton Relay. The baton which a triangular section of aluminium twisted into a helix shape coated with coloured soils collected from all the regions of India. It contains Queen Elizabeth II’s message to the athletes and it left Buckingham Palace on 29 October 2009.

The baton will arrive at the 2010 Games opening ceremony on 3 October 2010, after visiting the other 70 nations of the Commonwealth and travelling throughout India, reaching millions of people to join in the celebrations for the Games.The baton arrived in India on the 25th June 2010 through the Wagah Border crossing from Pakistan and on 1st August 2010 arrived in Kolkata.

The baton was designed by Michael Foley, a graduate of the National Institute of Design. It is a triangular section of aluminium twisted into a helix shape and then coated with coloured soils collected from all the regions of India. The coloured soils are a first for the styling of a Queen’s Baton. It’s equipped with modern technologies such as GPS, camera and SMS functionality to prevent the baton from getting lost, allow the user to take pictures and also will send messages to the baton bearers throughout the day.

Here is a schedule of all the events and dates for the 2010 Commonwealth Games in Delhi.

Suresh Kalmadi, Chairman of the Organising Committee Commonwealth Games 2010 Delhi, said, “I am confident that you will enjoy the Games as a rare experience and will join us in leaving a legacy of sport for generations of Indians to come.”

Baldev enjoys sports, reading and meeting people of interest. In between his social life he loves to write. He quotes Groucho Marx - "The two most engaging powers of an author are to make new things familiar, and familiar things new."
Chelsea selects Adam Aziz for trials
Match fixing by Pakistani Cricketers