Mirabai Chanu has struck gold for India in the women’s weightlifting. She won in the 48 kg category, making her the first woman to win gold for India on the opening day of the games.

Mirabai Chanu from India smashed the competition in weightlifting by breaking records the snatch, clean and jerk in the women’s 48 kg category at the Commonwealth Games in Australia.

Fully known as Saikhom Mirabai Chanu, in the snatch, she achieved 86 kg and in the clean and jerk 110 kg, giving her an impressive total of 196 kg to win the gold medal.

Chanu is from Imphal, the capital of Manipur, a state in northeastern India.

During this feat at the 2018 Commonwealth Games, it was revealed that Chanu did not have a physio by her side to take care of any physical issues that might’ve prevented her competing. She said after her win:

“I don’t have a physio with me here in the competition. He was not allowed here.

“I did not get enough treatment coming into the competition.

“There is nobody, we did tell officials but nothing happened.”

The fans totally were behind her and gave her a huge standing ovation for her tremendous weightlifting achievement.

Mirabai Chanu said after winning the first gold for India at the 2018 Commonwealth Games: 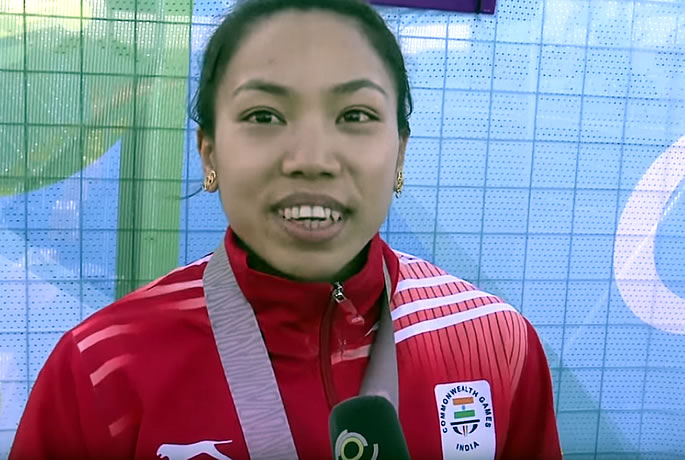 “I am very happy that this is my second time at the Commonwealth Games and the first time I won a medal. But winning the gold this time I am extremely happy.”

“I was hopeful for a medal when I came but never thought I would break records. So, giving my best performance helped me win the medal and break records.

“Ek Bojh sa utar gaya hai (A weight has been lifted off me).” 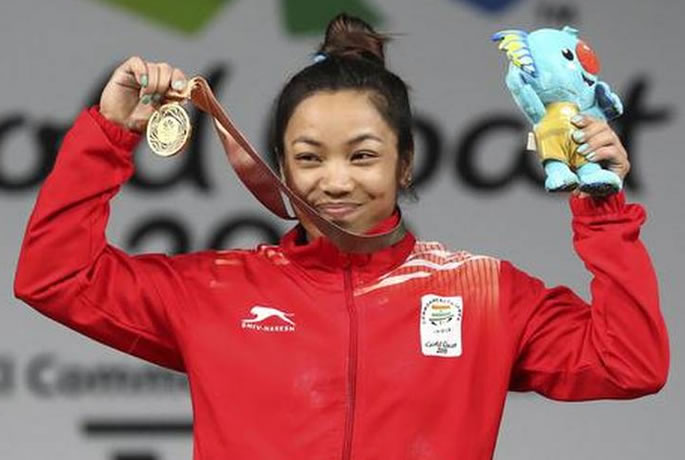 She started weightlifting at the young age of 13-years-old and use to travel 60 km by train from her village to Imphal sports centre.

Her inspiration is Kunjarani Devi, who won three gold medals at 2002 Commonwealth Games in Manchester, UK.

Chanu has had setbacks in her career. She failed to impress in the 2016 Rio Olympics. Then, due to a lack of funds, her parents suggested she leave the sport. However, she refused and made a comeback at the 2017 World Weightlifting Championships in the USA, where she won gold.

Prior to Chanu’s win, P Gururaja opened India’s medal’s tally by winning a silver in the men’s 56 kg category. Making his debut at the games,he equalled his personal best of 249kg (111 kg and 138 kg).

Ecstatic about his win, Gururaja said:

“I am very happy to have opened India’s medal account in the Games. It was nowhere close to being my best performance but I am glad that it was enough to get me a silver medal”

So, now after these terrific wins for India, by Mirabai Chanu and Gururaja, let’s see what other medals are in store for the nation.

Amit enjoys creative challenges and uses writing as a tool for revelation. He has major interest in news, current affairs, trends and cinema. He likes the quote: "Nothing in fine print is ever good news."
Indian stars to watch at 2018 Commonwealth Games
Jinder Mahal and Mustafa Ali totally ready for WrestleMania 34