Who won 1st Gold for India at the Commonwealth Games?

An Indian athlete made history by winning a yellow metal in the late 50s. We revisit India’s first gold medallist from the Commonwealth Games.

"I floated ahead and breasted the tape."

Track and field sprinter, Late Milkha Singh, earned his name in history by clinching the first gold for India at the Commonwealth Games.

He won the top medal at the 1958 British Empire and Commonwealth Games that took place in Cardiff, Wales.

Milkha had to win four races in accomplishing gold glory and finishing first on the podium.

From adversity during the partition, he went on to represent India at major tournaments from 1956.

Milkha went into the 1958 Commonwealth Games, having already claimed two golds at the 1958 Asian Games.

Defying all odds, in 1958, Milkha became the first Indian recipient of a gold medal at the Commonwealth Games.

We look back at Milkha Singh becoming the first gold medallist for India at this mega multi-sport event. 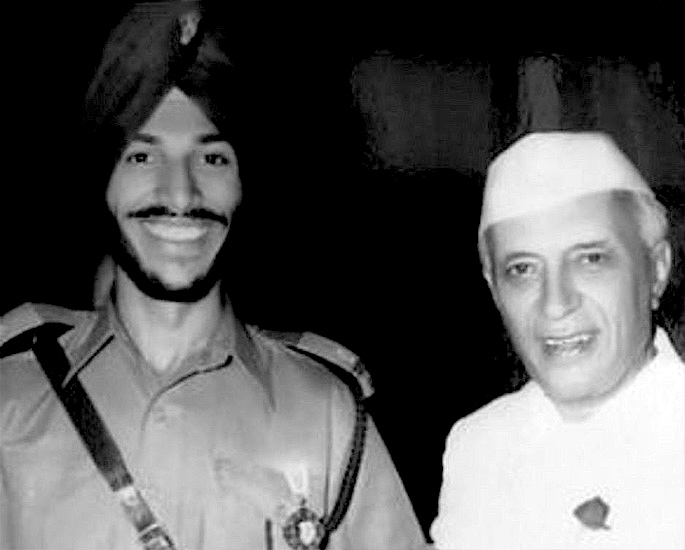 Milkha Singh made sporting history when he became the first Indian athlete to win gold at the 1958 British Empire and Commonwealth Games.

With so many other world-class athletes on the field, expectations were low. However, Milkha was unbelievable as he came first past the finishing line in the final.

On the final day of the race at Cardiff Arm’s Park in Cardiff, Milkha had very little support from the Indian contingent.

Though many important VIPs and dignitaries were in attendance to witness some of the fastest men from around the world.

Vijaya Lakshmi Pandit, the sister of former Indian Prime Minister Jawaharlal Nehru, was the most notable attendee from India to cheer on her fellow countryman.

When Vijaya went forward to congratulate Milkha, she told the athlete that her brother will reward him for this accomplishment.

Milkha surprisingly had made a different request, when the Prime Minister asked him what his wish was:

“The gold medal was a big moment for India and I got calls and messages from a lot of people including Prime Minister Pandit Nehruji.

He asked me, ‘Milkha, what do you want?’ At that time, I didn’t know what to ask. I could have asked for 200 acres of land or houses in Delhi. I finally asked for one day’s holiday in India.”

Following his request, Nehru went to declare a government holiday for the country.

Reminiscing the gold, Trilochan Singh, an athletic fan from Birmingham exclusively tells us:

“We are very proud of Milkha Singh, the running Lion of Punjab.”

“I have watched the final race many times and wished that I was there in the stadium at the time.”

The feat was even more special, considering Milkha had a very tragic childhood, especially with the murder of his parents and siblings during the partition massacre. 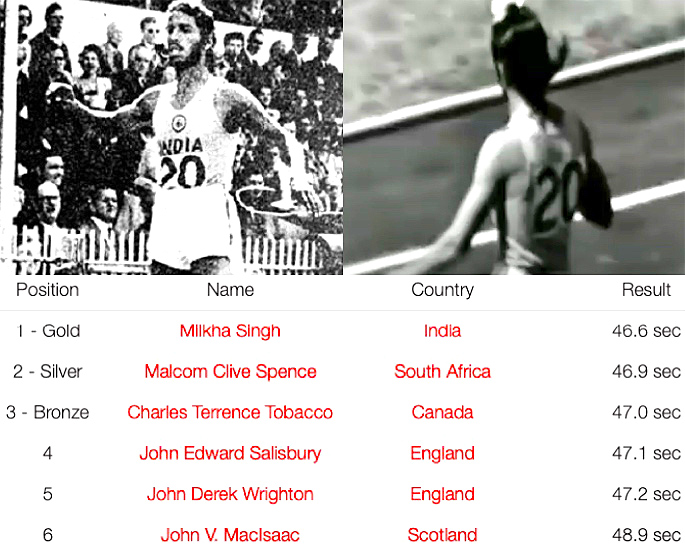 Milkha had to win several races before he became the first Indian to clinch a Commonwealth Games gold.

Despite being amongst the slowest, he won his first heat with a time of 48.9 seconds. In his quarter-final, he had a phenomenal time of 47.0 seconds, winning his heat and qualifying for the semi-final.

In the semi-final, he went a touch slower, but still came first in his heat, with a time of 47.4 seconds

With the stadium full on final race day, Milkha made his customary prayer before the race.

He was quick out of the blocks once the race began. Running in the outer lane, he ran as fast as possible when sprinting the first 350 yards.

He had a convincing lead at this point, which saw him also ahead of Malcolm Spence from South Africa.

Despite a late surge from Malcolm, Milkha was triumphant in this neck and neck nailing biting climax. His final time of 46.6 seconds was a national record and 0.3 seconds faster than Malcolm.

Post-race, Milkha was seen as very emotional. It was a very surreal moment for him when everyone got to hear the national anthem for the first time at the Commonwealth Games.

The wait was over for India as Milkha was the first Indian to collect the yellow metal at the Commonwealth Games.

Reflecting on the triumph, he and Sonia Sanwlka write about this in his autobiography, The Race of My Life:

“I saw the white tape when I was just fifty yards away and made a mighty push to reach it before Spence caught up.

“There was a gap of a yard or so between us when I floated ahead and breasted the tape. I had won the race”! 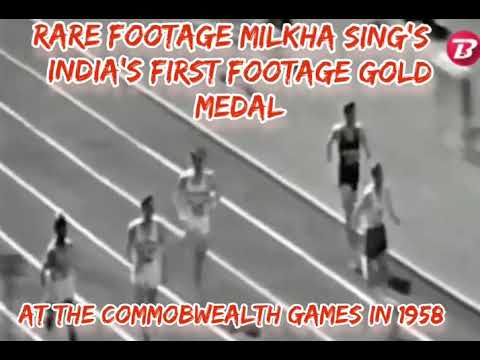 Milka was not the sole gold medal winner at the 1958 Commonwealth Games.

Indian wrestler, Lila Ram Sanghwan picked up the second medal for his country under the men’s heavyweight discipline.

He beat Jacobus Hanekom from South Africa in the grand finale. Despite both picking golds, the buzz around Milkha was much more, particularly with his medal being from the track and field.

Finishing third in the wrestling welterweight category, he had to settle for a bronze medal at the London 1934 British Empire and Commonwealth Games.

Meanwhile, one cannot stress enough the significance of Milkha’s Gold, with India waiting another fifty-two years to accomplish gold in track and field.

This is when Krishna Poonia had beaten her competitors from India to win gold in the discus throw at the Delhi 2010 Commonwealth Games.

The legacy of Milkha Singh continues, with India securing 181 gold medals by the end of the Gold Coast Commonwealth Games 2018.

Fans of Milkha Singh can read up more about his 1958 gold by reading his autobiography, The Race of My Life.

Milkha Singh may not be amongst us, but his sporting heroics will live forever with us. He is truly an inspiration for all future sporting generations of India.

Images courtesy of The Tribune and Milkha Singh Twitter.