Players from the Pakistani national cricket team are embroiled in a serious match fixing scandal. Exposed after the British newspaper the News of the World revealed cash for spot fixing activity in the match between England and Pakistan. The allegations have brought the team and players representing their country into major disrepute.

"You know what no-balls are the easiest."

Pakistani cricketers are accused of one of the biggest match fixing scandals to hit the world of international cricket. Pakistan captain Salman Butt, bowlers Mohammad Asif and Mohammad Aamer, and wicket-keeper Kamran Akmal, are amongst seven players involved in allegations for accepting money from a middle man to ‘fix’ the fourth test match against England on 26th August 2010, at the Lord’s ground in London.

The spot fixing scandal was revealed by the UK’s Sunday newspaper, the News of the World, after an under-cover reporter from the paper posed as a member of a betting syndicate in need of a fix to the game between England and Pakistan in exchange for cash. 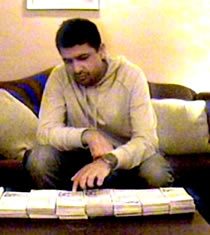 The middleman who made it possible was 35 year old, Mazhar Majeed, who has been involved with the team for over two years, owns Croydon Athletic Football Club, owns a £1.8million mansion in Surrey and is named as a director in over 18 companies in the UK.

In the first meeting on August 19th 2010, Majeed told the reporter that big money could be made. He said in the meeting, “I can show you proof. You sit with me okay and I’ll phone each player who I got and I’ll even talk to them about it. Isn’t that enough proof for you?” Indicating that he had players willing to do what was needed for bribes.

Majeed took £10,000 cash as down payment for the spot fixing which he put in his jacket pocket at the first meeting. The same jacket was then knowingly passed onto one of the players at a London restaurant in the evening where they were dining. 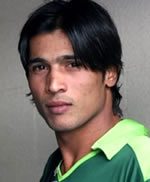 Subsequently, a series of meetings took place and Majeed met up with the reporter on 25th August 2010 to complete the deal in a house. At this meeting he told the reporter, “You know what no-balls are the easiest.” He explained that a no-ball by a player needed no signal and was easy to do for players to fix a game. Each time, the bowler’s foot would over the line on purpose, forcing the umpire to pass the delivery as a no-ball.

Three no-balls were organised by Majeed in the game between England and Pakistan and Asif and Aamer were the players to bowl the scam deliveries. The first ball of the third over by Aamer, the third ball of Aamer’s third over and the last bowl of the tenth over by Asif.

Majeed requested £140,000 cash from the reporter in exchange for organising the no-balls with the players. Making the total scam deal worth £150,000. The report from News of the World secretly filmed these two key meetings and took the evidence to the police. See the video below showing Majeed in the under-cover meeting.

Majeed was subsequently was arrested on Saturday 28th August 2010 and then released on bail to appear before police on a future date. 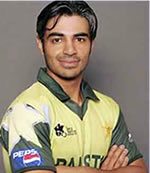 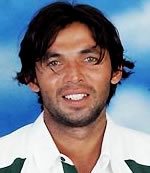 Pakistan’s captain Salman Butt, Mohammad Asif, Mohammad Aamer and wicket-keeper Kamran Akmal were questioned by Scotland Yard detectives regarding the allegations related to the betting scam. Mobile phones of the players were taken away as part of the investigation.

Yawar Saeed the manager of the Pakistan cricket team said in a press conference, “No allegations are true til they are proved, either way.” He told reporters that it was sad to have such allegations against players in the team and that the feeling amongst the players was very sober. 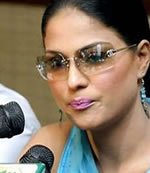 In a major media interview on a Pakistani news television channel, actress Veena Malik, the ex-girlfriend of Mohammad Asif, said the bowler, many of the team and officials were involved in corruption.

Malik said, regarding scam activities when she was with Asif, “He told me he was offered £25,850. I advised him not to be part of such activities but he did not listen. He went ahead and demanded £129,300.”

“Make no mistake, once the process is complete, if any of the players are found to be guilty, the ICC will ensure that the appropriate punishment is handed out. We will not tolerate corruption in this great game.”

A three-man delegation representing Pakistan’s highest law enforcement agency travelled to London to investigate spot-fixing allegations. In reaction to the calls for the entire Pakistan cricket team to be banned from international competition.

Pakistani President Asif Ali Zardari reacting to the news has expressed his disappointment over the alleged betting scam involving the cricketers from his country. Interior Minister Rehman Malik said, “I have spoken to (Sports Minister Ijaz Hussain) Jakhrani and whole leadership is agreed that if any player is found involved, we will make an example out of him.” 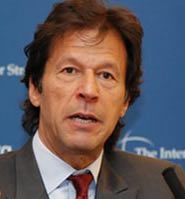 Imran Khan, Pakistan’s most known cricketer, said his country should not be banned from competing if any of its players are found guilty of the allegations. He fears for the future of Pakistani cricket. He said that any player found guilty of spot fixing must face tough punishment. Reacting to the player involvement, in particular, to Aamer’s, he said, “To me Aamer is potentially the best young talent in the world and I feel sad for him.”

Further to this investigation it has now also been revealed by the ICC’s Anti-Corruption and Security Unit that up to 80 matches involving the Pakistan from the past are also under scrutiny. Including games against India and Australia.

It is likely that the whole team will be questioned regarding this betting scam as part of the overall investigation. Also, players involved are to be dropped from the team for further games to be played.

This is not the first time the Pakistan team has been involved in scandals but this one if proven, will be a shocking state of affairs for the game of cricket, the next generation of players and in particular the future of Pakistani cricket.

Do you think Pakistan should be banned from international cricket?

Baldev enjoys sports, reading and meeting people of interest. In between his social life he loves to write. He quotes Groucho Marx - "The two most engaging powers of an author are to make new things familiar, and familiar things new."
2010 Commonwealth Games in India
India’s Commonwealth Games crisis