Bhangra stars a featured in the entertainment line-up at the 2010 Winter Olympics in Vancouver and local communities rally together support for a badly funded Indian team.

It's definitely a big deal

Tigerstyle, made up of two brothers, Raj and Pops, are a Scottish Bhangra group from Glasgow with British Punjabi background. They started their music career in 1997. They have performed at many top festivals and venues in the UK and abroad including, the Glastonbury Festival and BBC Electric Proms Asian Network event.

“It’s definitely a big deal and the fact that it’s in connection with the official celebrations of the Winter Olympics is brilliant,” said Pops in an interview with the BBC Asian Network.

Malkit Singh MBE, Shin DCS and Achanak are representatives of Bhangra bands formed in the 1980’s-90’s and they are responsible for especially spreading the energetic sound of Bhangra by playing live gigs.

En Karma who formed in 2006 have quickly established themselves on the Canadian bhangra scene and have support artists such as Rai Jujhar and Sukhdev. The band write, record, and play everything as a collective, collaborating with only the select few who share their vision. They will be entertaining audiences at the event with their unique sounds. 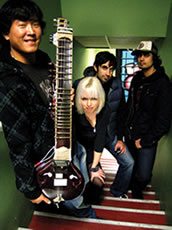 Delhi 2 Dublin is a group of five Vancouver based musicians who mash up electronica and world music, keeping it heavy on the Bhangra, Celtic and Dub flavours. Fusing Tabla, Fiddle, Dhol, Punjabi vocals, and Electric sitar with scorching electronic beats.

UK acts Tigerstyle and Malkit Singh will perform on Saturday 20th February at the Holland Park venue, 9.00pm and 10.00pm respectively. Holland Park will boast two stages and is strategically located on 13428 Old Yale Rd in Surrey, B.C, where there is a large concentration of the Punjabi community in Canada.

Dal Hothi, Achanak and Tigerstyle will be part of the Richmond O Zone Concert Series on 24th February 2010. They will provide free performances at Minoru Park, 7191 Granville, Richmond, B.C, around 10.00pm.

However, despite the rich entertainment being offered by the Bhangra stars, another Desi story from the 2010 Winter Olympics in Canada has bemused many people. A three-man team from India consisting of a luger, Shiva Keshvan; Alpine skier Jamyang Namgial and cross-country skier Tashi Lundup, is participating in the Olympics but has struggled to obtain funds to even afford uniforms. 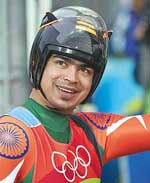 Therefore, to help them, the Indo-Candian community and a local radio station called station RJ1200 in Vancouver collaborated together and raised funds for their uniforms. A local sports store owner, TJ Johal, the owner of Sports Unlimited in Surrey, provided the three men with track suits for the opening ceremony of the games, inclusive of the Indian flag embroidered on them against very tight time-scales.

Shiva Keshavan, who is competing in his fourth Winter Olympics, said in an interview with television network CTV,

“To feel this kind of support from our community on the other side of the world from India, it is such a great feeling.”

Lawyers in India raised £6,200 to help Shiva, replace his old luge which was held together by duct tape and screws and broke during training in November 2009. Keshavan received his first funding last year of £12,800 from the Indian government. This was after more than a decade of competing.

So, here we have two great examples of Desi culture at its best – Bhangra stars at the 2010 Winter Olympics giving audiences a taste of the popular sounds of Punjabi music and a terrific helping hand from the Desi communities in Canada supporting the Indian team.

Baldev enjoys sports, reading and meeting people of interest. In between his social life he loves to write. He quotes Groucho Marx - "The two most engaging powers of an author are to make new things familiar, and familiar things new."
IPL Cricket Schedule 2010
India rank 1st in Test Cricket