No India at Winter Olympics 2014

The Winter Olympic Games will take place between February 7 and 23, 2014 in Sochi, Russia. India however have been suspended from the games, with its 3 man team entering as independent competitors.

The Indian flag will not be flying at the opening ceremony on Friday 7, February.

On July 4, 2007 at the 119th Session in Guatemala City, the International Olympic Committee (IOC) elected Sochi in Russia to host the XXII Olympic Winter Games.

This will be the first time the Russian Federation will have hosted the winter games.

Sochi beat stiff competition from seven initial bidding cities, which were narrowed down to three, they included, Salzburg (Austria), PyeongChang (Republic of Korea) and Sochi (Russia). 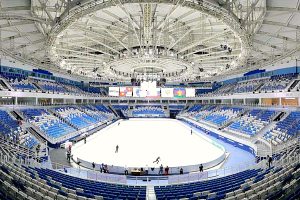 The games will be organised in two clusters: a mountain cluster in Krasnaya Polyana Mountains for all skiing and sliding events and a coastal cluster for Ice events in Sochi, travelling time between each cluster will be 30 minutes.

However, the £32 billion project for the games has been hit by major controversies, as construction companies were accused of not paying their workers for months, illegal labourers were being transported in for work, a lack of care of their existing Russian employees, as well as corruption leading to cost over runs.

There were also concerns from politicians and athletes over Russia’s ban on propaganda of non-traditional sexual relations on the game, and security concerns regarding potential attacks on Sochi.

In an unfortunate turn of events, the Indian flag will not be flying at the opening ceremony on Friday 7, February. The Indian Olympic Association was suspended by the International Olympic Committee (IOC) on ‘failure to comply with the Olympic Charter and its statures, failure to inform the IOC in a timely matter, and as a protective measure against government interference in the IOA’s election process’.

It appears that the Indian Olympic Association was caught electing leaders with pending criminal charges and they failed to restore their legal status in time for the Sochi Winter Games.

This also means that the Indian team, made up of 3 members will be forced to compete independently under the Olympic flag. Himanshu Thankur is competing in the Men’s Alpine Skiing, Nadeem Iqbal in the Men’s 15km Cross-country Skiing category and Shiva Keshavan in the Men’s Luge.

Keshavan said: “It’s quite sad. Rather than showcasing our country, it will be a shameful moment in the history of our country’s sport.”

“There’s nothing more we can do right now, it seems. You can only do your best. At the end of the day, all you can say is, I put down my run, and I’ve been training for years for this moment. That is the satisfying feeling.”

The opening ceremony on Friday 7, February will be the biggest to date with 90 nations taking part with seven (Dominica, Malta, Paraguay, Toga, Tonga, Timor Leste and Zimbabwe), making their Winter Olympic Games debut.

There will be many star names vying for gold medals and here are just a few to look out for. 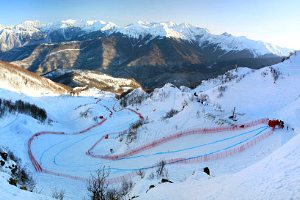 The teenage prodigy from Vail, Colorado, won the slalom title as a 17-year-old at her first World Championship, and became the youngest woman to win the World Cup slalom title for almost 40 years.

The Norwegian is a 12-time world champion and has seven Olympic medals in all. Five-medal haul in Vancouver was the best by any athlete at the 2010 Olympic Winter Games.

The 23-year-old has won medals at all six World Championships that she has competed in, including gold in 2009 and 2013. First South Korean to win a Winter Olympics medal outside speed skating after she won the 2010 Olympic ladies’ singles title with a world record score.

A World Championship winner in 2008 and 2012, NHL’s top scorer last season with 32 goals and won the Hart Memorial Trophy, given to the NHL player most valuable to his team, for the third time in six years. He was also named as an All-Star in two different positions after switching from the left wing to the right early in the campaign.

Loch became the youngest ever Olympic luge champion as a 20-year-old in 2010, a year after he had set a new world record of 153.98kmh (95.68mph) on the same track in the Canadian resort of Whistler. 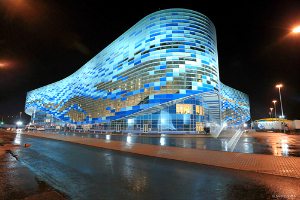 At 16, Sara became the youngest individual winner of the overall World Cup title. She won eight of 16 events, finishing on the podium 13 times. She also helped Japan claim team gold at the 2013 World Championships and was a class apart as she defended her summer Grand Prix title.

White could become the first American male to win three consecutive Winter Olympic titles in Sochi, having won half-pipe gold in Turin and Vancouver. The American won a sixth consecutive X Games in 2013.

Team Great Britain will be heading to Sochi with 56 athletes, their largest squad since the 1998 games in Calgary. This squad is believed to be one of the strongest for decades and has a mixture of young talented individuals together with experience.

UK Sports have invested £13.45m and expect a minimum of three medals of any colour. Will Team GB deliver and bring home the medals? The opening ceremony of the Winter Olympic Games from Sochi February 7, BBC2, 3.30pm.

Sid is a passionate about Sports, Music and TV. He eats, lives and breathes football. He loves spending time with his family which include 3 boys. His motto is "Follow your heart and live the dream."
Premier League Football 2013/2014 Week 22
Winter Olympics Opening Ceremony 2014