The 2014 Sochi Winter Olympics wrapped up in style with a lavish and spectacular Closing Ceremony with some added humour. The ceremony sees the end to another fantastic Winter Olympics and Russia certainly did themselves proud.

"This is the new face of Russia. And for us these games are the best ever."

After 17 days of fierce rivalry and hard fought competition, the 2014 Winter Olympics in Sochi came to a spectacular end.

Russia spent almost £31 billion pounds to ensure they produced not only the most expensive games in history but also one of the best, and they did not fail to deliver.

Millions of spectators around the globe waited anxiously to see how the Closing Ceremony would unfold after the slight but highlighted hitch with the Olympic rings in the Opening Ceremony. 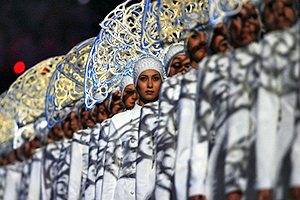 This time Russia turned the joke around as just before forming the Olympic rings the dancers took a slight moment to reference the glitch on the final ring before broadening out to form the full ring.

The ceremony itself included a spotlight on Russian culture, highlighting the host countries art, literature and music. There were performances from various Russian institutions including music from their own composer Sergei Rachmaninoff, ballet and circus acts.

The athletes of the games enjoyed their last moments in Sochi with a procession alongside speeches and the declaration of the closing of the games. The Giant animatronic mascots resurfaced and the bear was given the honour of blowing out the Olympic flame which he did but not before a few tears were shed.

The Olympic flag exchanged hands with South Korea who will host the 2018 Winter Olympics in Pyeongchang.

Thomas Bach head of the International Olympic Committee (IOC) praised the facilities and volunteers branding it the athletes’ games. He said: “It is a great moment in our history, a moment to cherish and pass onto the next generation. A moment which will never be forgotten. 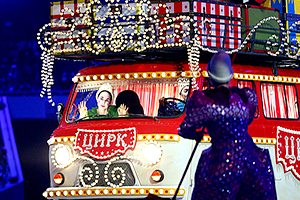 “This is the new face of Russia, our Russia. And for us these games are the best ever,” he added, to which he got a rapturous applause.

He then added in his native Russian language: “We did it, we conquered the Olympic summit and these games will be with us forever.”

So after spending billions on getting the games to Russia, how did the host city fair when it came to competing in the events? There was pressure on the Russian athletes deliver, but it had to be Gold.

The overall medal table reading looked impressive for Russia as they topped it with a massive 33 medals. This included 13 Gold, 11 Silver and 9 Bronze medals.

However, the Russian hockey players will not be the toast of the town. The whole nation was banking on them to get Gold but unfortunately it was not meant to be. The Russian’s came second in their group behind USA meaning a play-off against Norway who they beat comfortably 4-0. 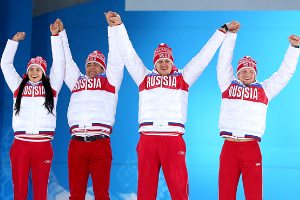 Next up was Finland in the quarterfinals and Russia were comprehensively beaten 3-1 to the astonishment of the crowd, nation and maybe the world.

Adelina Sotnikova became the first Russian to win gold in the Olympic women’s figure skating with a sublime and superb performance in the free programme to see off former Vancouver champion Yuna Kin of South Korea.

Norway came second in the medals table with a total of 26 medals with 11 gold, 40 year old Ole Elnar Bjoemdalen became the most decorated Winter Olympian of all time after winning gold in the men’s sprint and mixed relay. It was also his last Olympics.

Canada finished third with 25 medals of which 10 were gold. Both the men’s and women’s team grabbed gold in Curling. This meant that men’s team had created history and completed a hat-trick of victories dating back to 2006 Turin followed by Vancouver 2010 and now Sochi 2014 after crushing Great Britain 9-3 in the final. 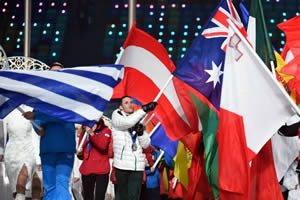 The Dutch speed skating squad achieved 23 podium finishes which included four clean sweeps. No other sport has ever had such a clear superiority by one team.

India left Sochi with no medals. However, the trio of Shiva Keshavan, Himanshu Thakur and Nadeem Iqbal will have left with their heads held high as they finally got to walk under their national flag.

The tricolor flag flew high as the athletes walked into the stadium at the closing ceremony.

Great Britain had a target of 3 medals. Team GB got off to a flying start as Jenny Jones won a Bronze in the Ladies’ Snowboard Slopestyle. This gave the team a massive boost and morale was on an all-time high.

Elizabeth Yarnold sent the British fans wild as she won Gold in the Skeleton. She said:

“I always have high expectations of myself, I always secretly intended to come to Sochi, it was my goal. But to win the whole race is far beyond my expectations.”

The Women’s Curling team led by Eve Muirhead won bronze after beating Switzerland in a tense and well fought match.

The game headed into the 10th end with the score tied at 5-5 and it came down to the final two stones and Great Britain’s skip Muirhead. Immense pressure was on the 23 year-old as she stepped up and she delivered as Great Britain become the youngest ever medal winners in Curling. 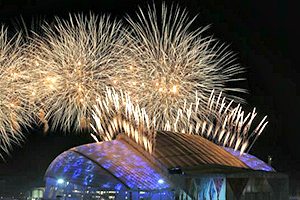 The Men’s team led by David Murdoch went one better as they reached the final but were denied a historic gold as they were crushed 9-3 with two ends remaining by the best team in Curling Canada.

Above all congratulations to Russia for delivering a splendid Olympic Games and to all the athletes who took part in producing one of the best Winter Olympics of recent years. We salute you.

Sid is a passionate about Sports, Music and TV. He eats, lives and breathes football. He loves spending time with his family which include 3 boys. His motto is "Follow your heart and live the dream."
Premier League Football 2013/2014 Week 24
Delhi Waveriders win Hockey India League 2014