The History of Chicken Tikka Masala

Want to find out about the origins of the popular chicken tikka masala? Let DESIblitz guide you through the history of the most disputed Desi dish of all time.

Chicken tikka masala has been a national favourite for decades. It is one of the most popular dishes ordered at Britain’s Indian restaurants.

However, many people dispute over where the dish originated. Some say it came from India, much like chicken tikka. However, others claim places such as Glasgow and Birmingham invented the dish.

But if you’re a fan of traditional Indian cuisine, this one may not be for you. Most Indian dishes are dry, spicy and contain potatoes or vegetables as a base.

But with this meal being so westernised, it instead contains a combination of tender chicken, creamy sauce, and muted spices.

Want to learn more about this unusual western sensation? Let DESIblitz guide you through the rise of chicken tikka masala.

The Origins of Chicken Tikka Masala

Not to be confused with the dry Indian classic chicken tikka. One school of thought believes the dish originated in Glasgow.

Pakistani chef, Ali Ahmed Aslam supposedly invented the dish by improvising the sauce in his own restaurant. A customer had requested to change the meal as he found it too dry. Aslam reportedly combined chicken chunks with tomato soup.

By word of mouth, the stories of chicken tikka masala spread. More and more people became interested. This resulted in most Indian restaurants in the UK adding it to their own menus. 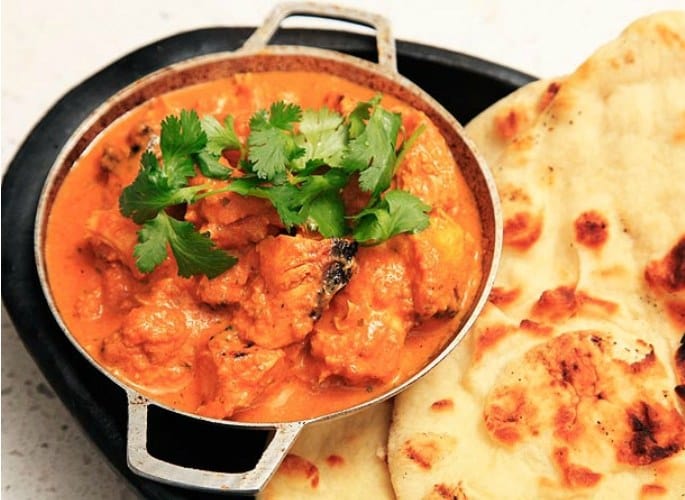 However, others claim its creation began as early as 1971 and is a Punjabi or Bangladeshi dish. One story hailed from this belief suggests that a Bangladeshi chef invented the meal by adding tomato soup, spices and yoghurt to chicken tikka.

The theory states it was founded 40-50 years ago and all other recipes are adaptations of the Punjabi/Bangladeshi original.

Whatever way it was created, its popularity spread like wildfire. So much so that chicken tikka masala is now served in restaurants around the world, with extreme popularity in Western societies.

As strange as it sounds, this Desi-inspired dish caused quite a stir in Parliament.

In 2001, Government Minister Robin Cook hailed it as a “true British national dish”. He claimed it captured what the nation stood for – adaptation and creation. Many agreed with him, particularly after chicken tikka masala came out on top of British food polls.

Then in July 2009, Mohammad Sarwar, a British Member of Parliament asked for the support of Glasgow in a campaign. This campaign aimed for the city to gain the European Union protected geographical status for chicken tikka masala.

This would mean that no one else could question where the dish originated from. However, it sparked controversy from Indian chefs who found it “preposterous”. In the end, Parliament didn’t debate on the campaign. 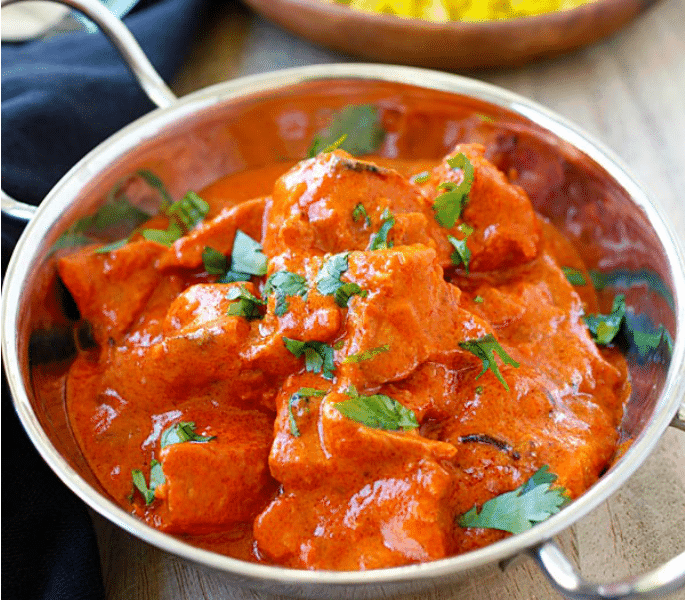 To this day the mystery of where it truly originated still has not been solved. Despite Glasgow claiming the crown for the dish.

How has the dish changed?

Chicken still holds the top spot for the most well-known type of masala. However, many restaurants have started experimenting with alternatives like seafood and beef in their tikka masalas. This includes the forever popular vegetables.

Some restaurants have also amped up the spices in their tikka masala to please the taste buds of those who look for something spicy.

You can even now buy ready-made tikka masala sauces from all big supermarkets. These usually include instructions on how to make the dish too so anyone can make it at home.

A lot of chefs have their own takes and versions of chicken tikka masala which they share in their recipe books and strewn all over the internet.

Many Desi chefs also have their own mouth-watering spicy recipes to cater for those who want to combine this apparent Western dish with something more traditional.

The popularity of this dish never seems to die down, so why not give it a go yourself?

Whether you buy yourself some sauce and make it at home. Or if you go out to an Indian restaurant and order from the menu. Try it now for a true taste of British/Asian fusion!