Chicken Tikka Masala is a well known dish in many parts of the world. Claims on the origin of its masala are being made in Scotland, causing a stir in India.

The Scottish bid to patent the Chicken Tikka Masala has created a stir among Chicken Tikka lovers all over the world, especially, in the land where it is originally supposed to have been created and developed… yes… India !!

This is further to the claim of the Ali family, owners of Shish Mahal restaurant in Glasgow. They say they came up with the creamy, mildly spicy curry in the 1970s to please the Scots but then it went on to become the most popular dish in British restaurants.

Mr Ahmed Aslam Ali, founder of the Shish Mahal, said, “We used to make chicken tikka and one day a customer said, ‘I’d take some sauce with that, this is a bit dry.’ We thought we had better cook the chicken with some sauce. So from here we cooked chicken tikka with the sauce that contains yogurt, cream, spices.”

They are pressing the European Union to give it “Protected Designation of Origin” status, alongside the likes of Champagne, Parma Ham and Greek Feta cheese.

When this news reached India, it definitely raged the chefs and cooks. Zaeemuddin Ahmad, a chef at Delhi’s Karim Hotel, which was established by the last chef of the last Mughal emperor Bahadur Shah Zafar, said the recipe had been passed down through the generations in his family. He said, “Chicken tikka masala is an authentic Mughlai recipe prepared by our forefathers who were royal chefs in the Mughal period.”

The Mughals spent long months in jungles and other far places. So, it was difficult to take lots of cooking equipment with them. Therefore, this is how the Chicken Tikka was came into its original creation. The marinated chicken was transported with the Mughals and was roasted by them with spices, whenever they felt hungry on their travels.

As far as the Indian experts suggest, Chicken Tikka originated from the far north of Punjab, now in Pakistan.

Himanshu Kumar, the founder of Eating Out in Delhi, a food group which celebrates Delhi’s culinary heritage, said, “Patenting the name chicken tikka masala is out of the question. It has been prepared in India for generations. You can’t patent the name, it’s preposterous.” 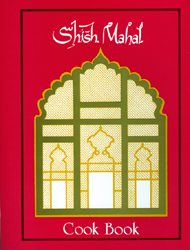 The interesting part of the Chicken Tikka Masala row is that the Shish Mahal’s patent is not on Chicken Tikka but its delightful tasting masala sauce!

People across the world have done their own experimentation with the ‘original’ dishes but this patent news comes rather as a novelty, especially to the Indians. This strikes a chord with the various mind boggling varieties of the Manchurian dishes and their origin, like the Gobi Manchurian, Paneer Manchurian or the South Indian Manchurian with curry leaves!

Naturally, the hype with Chicken Tikka is more so because of its worldwide presence and global popularity. It is savoured and enjoyed by all kinds of people, irrespective of nation, colour or religion.  It signifies the use of food as a form of cultural integration across the world. Chicken Tikka has indeed blended with the various food cultures and eating habits across the continents.

So, it will be interesting to see who wins this row of  ‘ownership’ of the Chicken Tikka Masala and whether, Glasgow does claim its patent.

However, we can be assured of one thing, Chicken Tikka Masala is a very popular dish enjoyed by many and will continue to be on menus around the world. For it is a dish that has survived long enough to make its way from the Mughal era to the plates of consumers in Scotland and beyond.

Are you a fan of Chicken Tikka Masala? Do you cook the dish yourself or do you prefer it in restaurants? Share with us your views on this dish.

Take part in our poll below and give your vote for its origin!

Based in Punjab, India, Ivneet likes to share the cross-cultural changes taking place in India as compared to the West. She enjoys reading and selectively writes about particular aspects of Indian life as seen and experienced by her.
Cheese Talk
Shilpa Shetty launches Food brand