Ali Ahmed Aslam, the Glasgow chef who is believed to have invented the chicken tikka masala, passed away at the age of 77.

“Chicken tikka masala was invented in this restaurant."

Restaurateur Ali Ahmed Aslam, credited with inventing the chicken tikka masala, passed away at the age of 77.

He passed away on December 19, 2022, and his death was announced by his Shish Mahal restaurant in Glasgow, which closed for 48 hours as a mark of respect.

The restaurant announced: “Mr Ali just passed away this morning we are all absolutely devastated and heartbroken.”

His funeral was held at Glasgow Central Mosque on December 20. Members of the public were invited to attend.

Popularly known as Mr Ali, he was born in Pakistan before moving to Glasgow as a young boy.

Ali opened Shish Mahal in the city’s Gibson Street in 1964. The restaurant is now situated on Park Road.

The entrepreneur was taking after his father Noor Mohammed, who ran what was regarded as Glasgow’s first “proper” Indian restaurant, the Green Gates.

Ali is believed to have invented the chicken tikka masala. 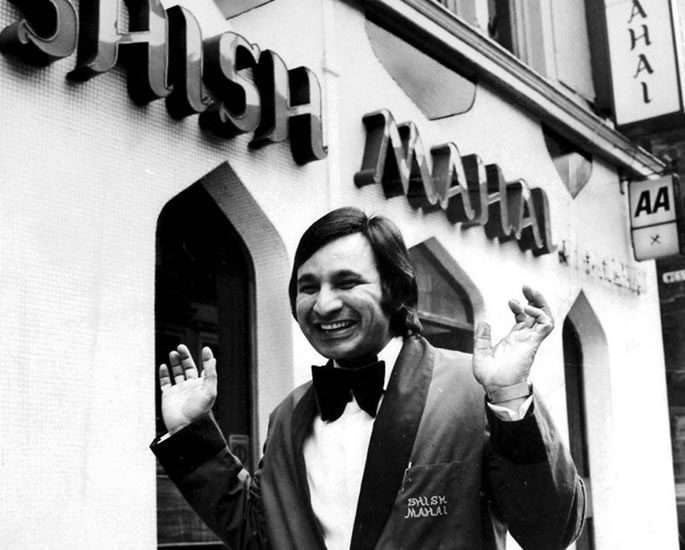 He said he created the dish in the 1970s when a customer asked if there was a way of making his chicken tikka less dry. Ali’s solution was to add a creamy tomato sauce.

Ali explained: “Chicken tikka masala was invented in this restaurant.

“We used to make chicken tikka, and one day a customer said, ‘I’d take some sauce with that, this is a bit dry’.

“We thought we’d better cook the chicken with some sauce.

“So from here, we cooked chicken tikka with the sauce that contains yoghurt, cream, spices. It’s a dish prepared according to our customer’s taste.

“Usually they don’t take hot curry – that’s why we cook it with yoghurt and cream.”

While the origin of the dish is widely debated, chicken tikka masala is believed to be a curry that has been adapted to suit Western palates.

In 2009, Mohammad Sarwar, then Labour MP for Glasgow Central, called for the city to be officially recognised as the home of the chicken tikka masala.

He campaigned for Glasgow to be given EU Protected Designation of Origin status for the curry and tabled an early-day motion in the House of Commons.

However, the bid was unsuccessful, with several other establishments around the UK also claiming to have invented the famous curry.

Surveys have often found chicken tikka masala to be Britain’s favourite curry but chicken korma has also tried to claim that mantle.

Hundreds of customers paid tribute to the Shish Mahal founder, with many recalling visits to the restaurant and describing Ali as a true gentleman.

It is reported that Ali was married and has five children.

Dhiren is a journalism graduate with a passion for gaming, watching films and sports. He also enjoys cooking from time to time. His motto is to “Live life one day at a time.”
10 Best Boozy Christmas Crackers to buy in 2022
Desi-inspired Vegetarian Dishes to Try at Christmas