7 Ways Life has Changed for British Asians in the UK

The face of British Asians and their communities has been changing for decades. Advances are being made socially, professionally and within families.

“Indians became some of the earliest settlers in Britain”

British Asians in the UK are a collection of communities made up of origins and roots from South Asian countries such as India, Pakistan, Bangladesh and Sri Lanka.

Intentions to settle here progressed as more and more immigrants arrived in the UK from the subcontinent.

The identity of the migrants from South Asia has evolved from ‘Asians’ to ‘British Asians’ as newer generations have become part of the British population.

With most families living using the snapshot they brought with them from their respective homelands, life has changed dramatically for British Asians.

We look at seven distinct ways how life has changed for British Asians in the UK. 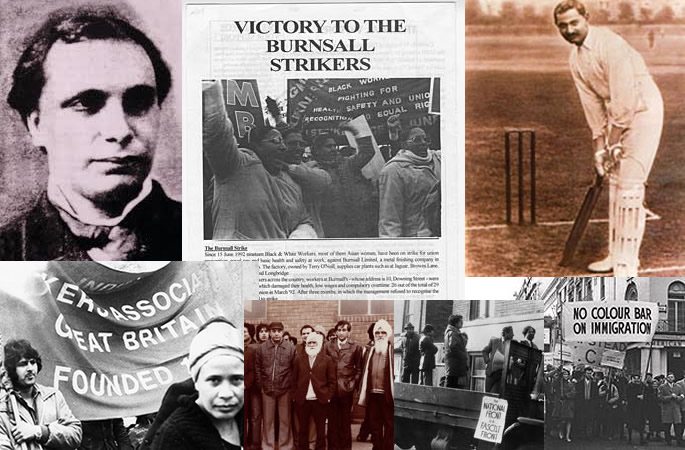 Since the 17th century, Indian sailors, servants and nannies became some of the earliest working class settlers in Britain. By the 19th Century, Indian petitioners, political activists and professionals were coming to Britain, gaining scholarships and setting up businesses.

In 1879, Frederick Akbar Mahomed (of mixed heritage) was recognised for his medical breakthrough in causes of blood pressure as published in The Lancet. The first Indian cricketer to play for England in 1896 was K S Ranjitsinhji, scoring 3,000 runs in one season.

By the 1900s the Ayahs’ Home for Indian and Chinese nannies was opened in London. By 1937, the Indian Workers’ Association was founded, fighting for better working and living standards.

With the UK rebuilding itself after World War II, the labour shortage meant that an ‘Asian community’ had been beginning to grow; yet the community, as in Britain today was not homogenous, ranging from the working to middle classes, from different communities and religions within the subcontinent.

The 1948 Act then enabled Commonwealth citizens entry into Britain, which marked the start of the post-war immigration boom. 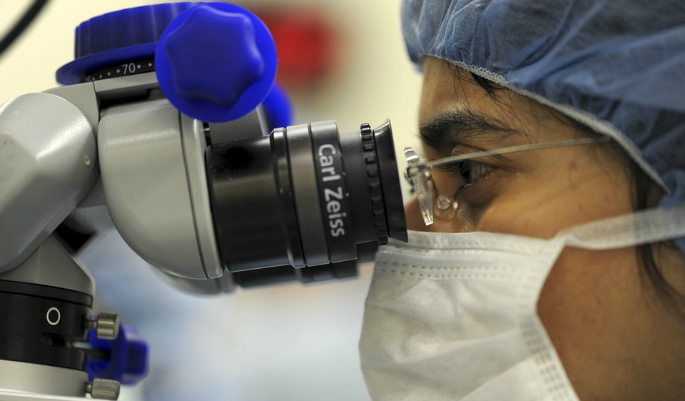 In 1972, approximately 27,000 Ugandan Indians moved to Britain. They took on manual labour, worked long hours and faced the struggles of acclimatising into a foreign environment. Being Asian became synonymous with vocations such as corner shop owners and figures compiled in 1982 showed that Asian shop keepers were not only open longer than counterparts but were also highly qualified. 1 in 5 Asian shop owners even had degrees.

Yet by the 90s and the advent of 24-hour supermarkets, the number of corner shops owned by people of South Asians has fallen from approximately 15,000 to between 11,000 and 12,000. Young Asians no longer wish to work antisocial hours, and with better education, confidence and integration into society began acquiring professional job roles.

Looking at the healthcare sector, in the 1960s, Health Minister Enoch Powell, appealed for expansion of the health service, whereby 18,000 doctors from the Indian Sub-Continent were employed. However, many of these immigrants recall there being a pecking order and being unable to take on the preferred posts.

Asian doctors today are firmly established within the health service, with a quarter of doctors being of Asian origin. According to BBC figures, in the Rhondda Valley of South Wales, an incredible 73% of GPs are south Asian.

British Asian entrepreneurs are also making it to the top such as Steel tycoon Lakshmi Mittal who has made his name to the top of the rich list.

South Asian culture is often associated with patriarchal dominance. Yet British Asian history shows us the determination of pioneering women such as Princess Sophia Duleep Singh, who alongside Mrs Pankhurst, campaigned for women’s votes. An Indian women’s group also partook in the 1911 coronation procession of 60,000 suffragettes.

Furthermore, in 1976, a number of south Asian industrial labour workers sparked off a dispute for the right to join a trade union. It was an iconic moment in recognising the rights of minority female workers as equal to those of white working class men.

In the present day, numerous South Asians are in the public eye and at the forefront of political, legal, media and humanitarian involvement, for example, Baroness Sayeeda Warsi, a former conservative MP and Malala Yousafzai is the youngest person to win a Nobel Peace Prize aged 17.

Within many households, it is now more accepted that women can be the breadwinners and have equal roles to play in the family unit. Yet unfortunately, horrific cases of maltreatment within the South Asian community are still being brought to light in the form of ‘Honour-Killings’, domestic abuse and reportings of South Asian ‘Slave Brides’. 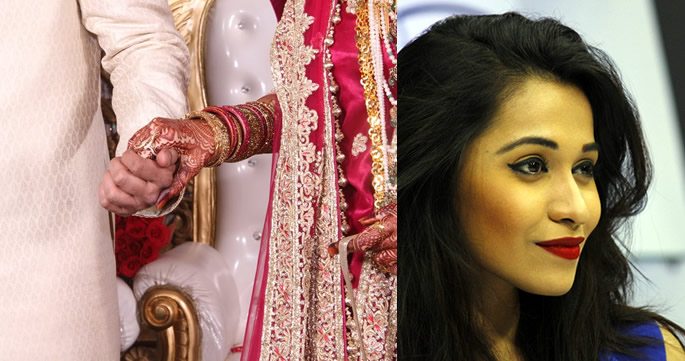 Arranged marriages and ‘introductions’ had been the most common route of partnerships. With marriage considered to be such an important rite of passage, it was never left in the hands of the young couple. Marriage was seen to be the union between families, so would be for them to plan.

Though this century-strong custom is still the norm in many communities today, with changes in the way people date, and love-marriages being the preferred option, many are choosing to be single, or even cohabit before tying the knot – a relatively unheard of concept in the generation of their parents.

With the advent of the Internet, online matchmaking has become lucrative. Asian-targeted dating sites will allow the singleton to filter potential partners; allowing to search for their ideals of age, profession, religion and even build. Mobile apps will allow messaging of potentials in local range, and if they do not fit criteria, a simple finger-swipe is all it takes to move on to the next person.

With Britain having one of the highest divorce rates, British Asian marital breakdowns are also on the rise. Worries such as couples having to relocate for work increased monetary and family problems have all become added strains.

Sometimes long-term relationships will fail due to lack of consideration of other aspects of the union, without their family’s knowledge. Furthermore, intolerance is greater due to high expectations.

Earlier generations had the mindset of having to make it work and not giving up through adversity. Yet the stigma of divorce within the Asian community still remains, and many will continue in their unsatisfactory marriages for the as a sense of duty.

In some aspects, however, due to increased freedom, family relationships are closer and able to communicate better.

Hence, interfaith marriage is seemingly becoming less taboo, with representation for non-heterosexuals, such as the Leicester South Asian LGBT group.

However, certain challenges are still faced with same-gender marriage. Coming out as lesbian, gay, bisexual within South Asian communities can be challenging.

In addition to the individuals’ personal emotional challenges and fear of rejection, challenges of faith and family can be daunting. Individuals may be shunned or felt to believe they put ‘shame’ on the family, which may, in turn, affect social standing or marriage proposals for siblings. Perhaps there is more work to be done in the way of changing attitudes of tolerance and acceptance.

When immigrants had been migrating into foreign nations, communities began to form. Socialising was often centred around the family, religious events, ceremonies and occasions.

With people working long hours and children to look after, extended families and communities would step in to work together within neighbourhoods. There was the aim to try to maintain cultural values with strict parenting to instil those values into their children for fear of them straying.

Yet with the new generation with more disposable income and western influence, parenting styles have changed, allowing more freedom, expression and with the onus on enjoying a work-life balance.

On the one hand, second and third generation Asians seem to be integrating more, with the ability to speak the language, and mixing socially with non-Asians. Nevertheless, amongst many British Asians, there seems to be more ‘clanning’ between cultures and the formation of ‘ethnic ghettos’ in many UK cities. 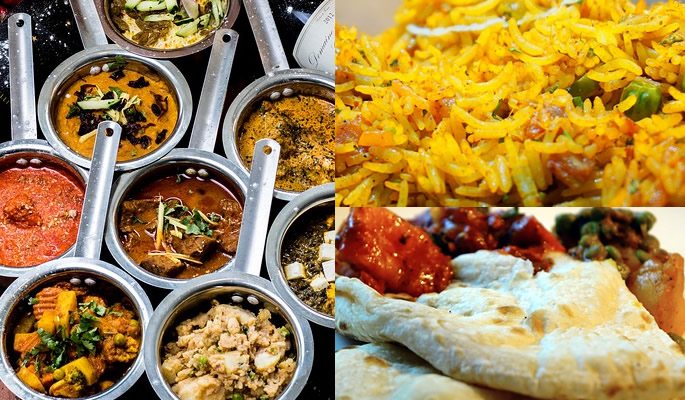 With Asian diets being renowned for high oil, carbohydrate and fat content, it seems the health and fitness-conscious modern generation is trying to veer away from this.

People are becoming more adventurous with the culture of dining out on the rise. Within many busy working households, many will opt for fast-food preparations or ready-made meals over traditional home-cooked family mealtimes.

Dietary preferences are also changing, with the prevalence of vegetarianism in second and third generations declining; whether this may be due to practicality, religion or cultural influence. 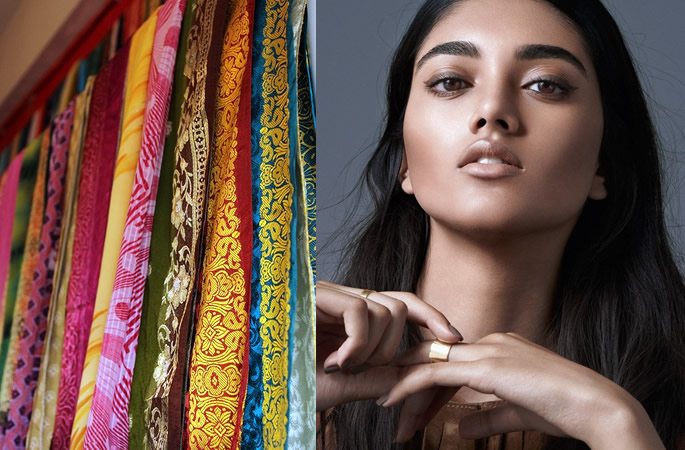 Contending with cultural preservation in the form of wearing traditional clothing, with fitting in, fashion has evolved. For refugees moving to Britain, dress had been tied with a sense of belonging and comfort.

However, first generation settlers tell stories of early tensions amongst Sikhs who were picked on due to societal ignorance, and targeted for wearing their turbans; many of which opted to cut their hair to try and integrate. Whereas, today, you have some Sikhs trimming their beards for a fashionable look.

Recent media coverage of people being attacked for wearing hijabs suggest tensions may still be faced in the current climate by those expressing religious symbolism through their appearance.

However, many British Asians feel confident in the UK to freely express themselves and many Muslim girls are choosing to wear niqabs and cover their faces as they feel empowered by it.

Though life for British Asians has significantly changed from times of fewer rights and struggling with acceptance, in some areas ‘village-mentality’ does still exist.

Research by the Asian Network of under-34’s found that 38% felt only ‘slightly’ or ‘not at all’ British and remarkably, only 59% of the British Asians polled felt they were British, compared to 73% of White British people.

With traditional ideas of success being tied to a monetary value or social standing, due to the struggles our ancestors had faced, society for the most part now seems more geared towards happiness and freedom of identity. This is a positive change that should be continued

Asha is a dentist by day, but away from the scrubs, learns makeup artistry, passionate about travel, music and pop culture. Ever the optimist, her motto is: “happiness is not having what you want, but wanting what you have.”