With the Marvel Cinematic Universe (MCU) being the most successful film franchise, DESIblitz reimagines 10 MCU superheroes for a Bollywood Avengers film.

“If we make Indian content, we have to put Shah Rukh Khan."

Have you ever thought about which actors could play Marvel superheroes in a Bollywood Avengers film?

Since then, it has become the world’s biggest media franchise. As of October 2018, the franchise has grossed over $6.8 billion (approx. £5.1 billion).

The Avengers are an ensemble of the world’s mightiest heroes, who protect the Earth from intergalactic villains – most notably, Thanos.

The MCU oozes with excitement and detailed character development which has earned the films critical acclaim.

DESIblitz picks 10 actors who would be amazing choices if Marvel made a Bollywood Avengers remake. 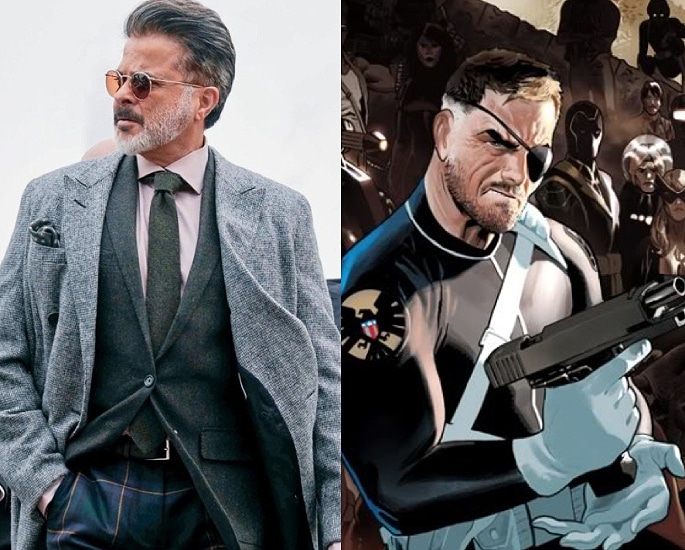 Played by Samuel L. Jackson, Fury is the man behind the Avengers Initiative that brings together the most powerful heroes to fight the enemies of Earth.

We have previously seen him gunslinging in Race 3 (2018). All he needs now is an eye patch. 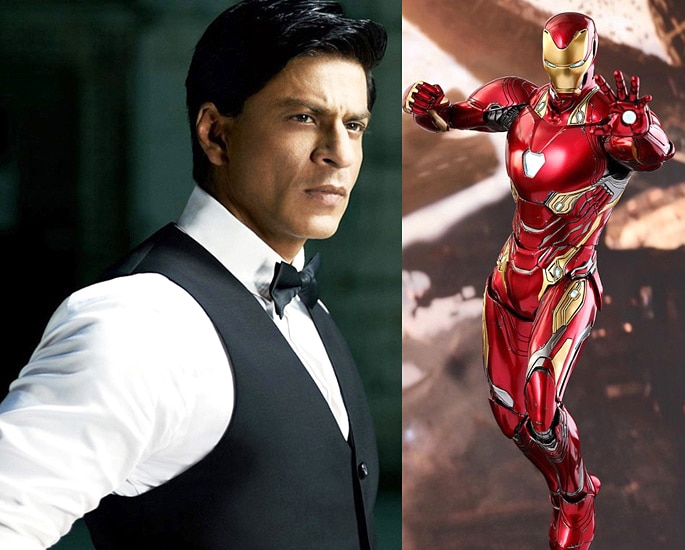 Marvel has shown interest in the megastar, Shah Rukh Khan to be a part of their films if they were to create Indian films. The VP of Creative Development at Marvel, Stephen Wacker, told the Indian Express,

“If we make Indian content, we have to put Shah Rukh Khan. He has to be in it.”

Shah Rukh Khan is said to be one of the richest actors in the world with an estimated net worth of $600 million (approx. £459 million). It only makes sense he takes on the role of this iconic hero.

Not only that, his acting avatars consisting of comedy, action and romance make him an excellent choice for Iron Man. 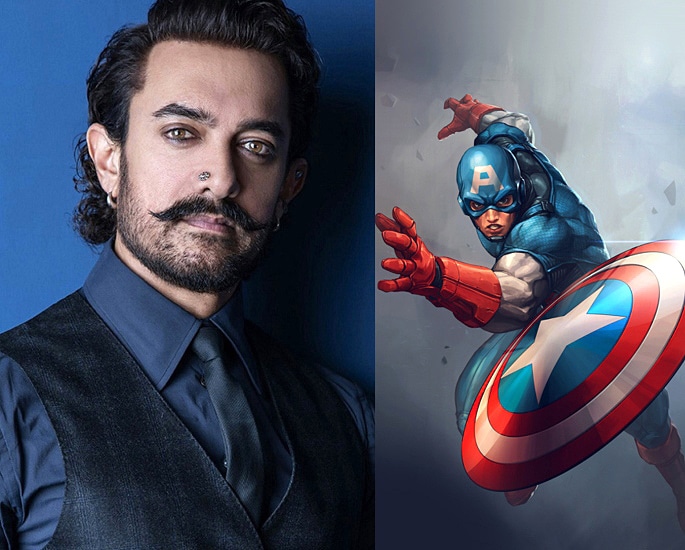 Steve Rogers is a US Army soldier from World War II who was injected with a serum that turned him into a ‘Super Soldier,’ thus becoming Captain America.

He carries with him into battle his trusted shield made of the strong (fictional) metal vibranium.

Of course, Aamir Khan is Indian so he probably will be a made-up equivalent, “Captain India” but the concept stays the same.

Aamir has a history of acting in patriotic films such as Lagaan (2001), Rang De Basanti (2006) and Dangal (2016). He gained a lot of attention for his dramatic body transformation for the latter film. 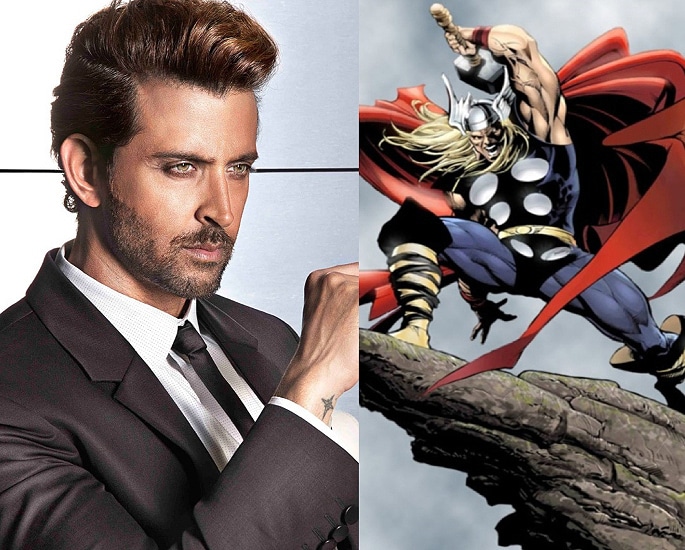 Based on the Norse mythological deity of the same name, Thor Odinson is the King of Asgard. He possesses the ability to manipulate thunder and lighting with the help of the hammer he wields, Mjolnir.

Chris Hemsworth first debuted as “The God of Thunder” in Thor (2011).

Hrithik Roshan makes a great candidate for the role.

The chiselled physique and dreamy looks of Roshan could give Hemsworth a run for his money.

Given his experience as the lead of the Krrish franchise, Hrithik playing a superhero of this calibre is fitting. 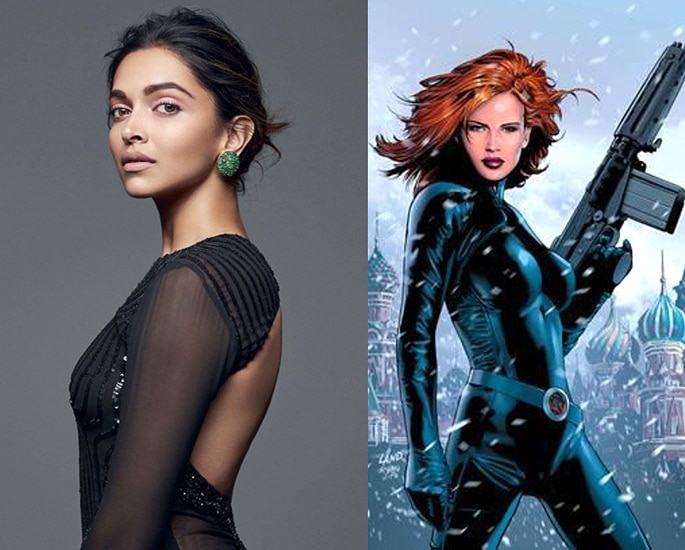 One of the most iconic female comic book characters, Natasha Romanoff, also familiar as Black Widow is an agent of S.H.I.E.L.D.

Enhanced by biotechnology, she ages slowly and her body has the ability to fight any disease. She is an expert martial artist with unmatched agility.

She showcased her agility, flexibility and gun handling skills that go hand-in-hand with Black Widow.

Irrfan Khan as The Hulk 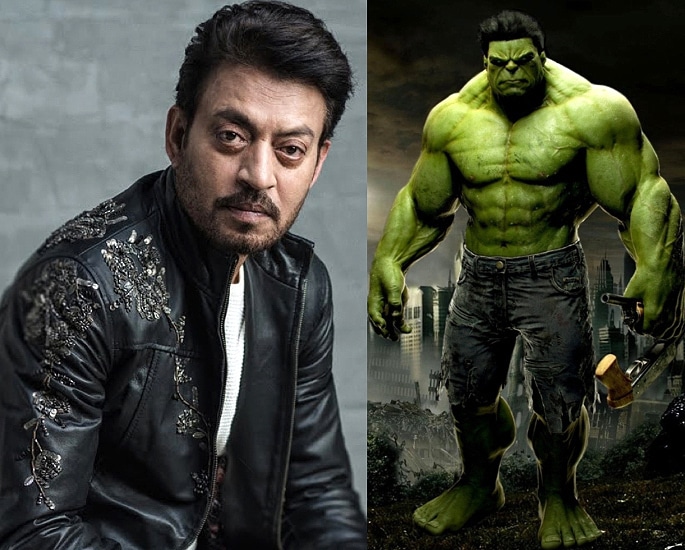 Due to the exposure of gamma radiation, the nuclear scientist, Bruce Banner transforms into the Hulk, a giant green humanoid with superhuman abilities. Rage triggers his metamorphosis into his alter ego.

The character was first portrayed by Edward Norton in the second MCU film, The Incredible Hulk (2008). Bruce was recast with Mark Ruffalo taking on the role in other MCU titles.

Irrfan Khan is one of India’s finest actors who’s well-rounded acting style grants him the ability to channel the Hulk.

Irrfan is no stranger to Marvel, having starred in the Sony Pictures Marvel film, The Amazing Spider-Man (2012). 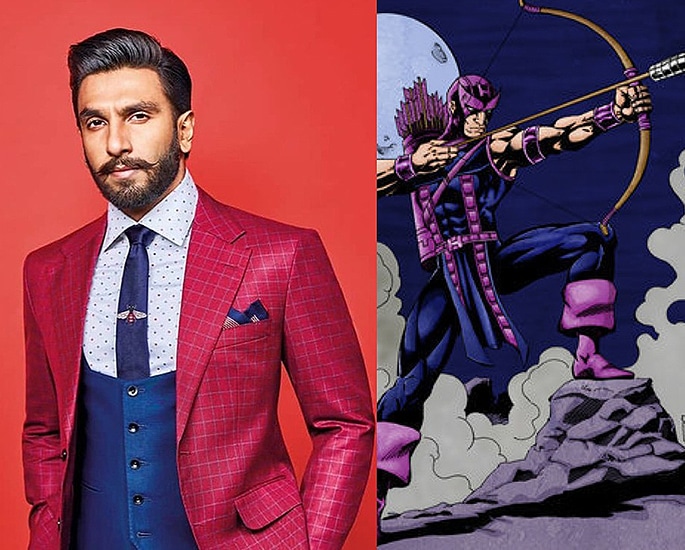 Clint Barton, also known as Hawkeye, is an agent of S.H.I.E.L.D most notable for his mastery over his bow and arrows.

Though he lacks in inhuman abilities, Hawkeye makes up for it with his outstanding combat skills and archery. A physically challenging role, Jeremy Renner makes it look effortless.

Ranveer is no stranger to Marvel, having lent his voice to Ryan Reynolds in the Hindi-dubbed version of Deadpool 2 (2018).

This also led to light-hearted interaction between the two actors on Twitter with Ranveer tweeting:

“Well if I tried to curse in Hindi, pretty sure there would be an international incident.”

Well if I tried to curse in Hindi, pretty sure there would be an international incident. https://t.co/cxeRIiUy5o

Ranveer is always up for a challenge. He is familiar with his unconventional and tough roles such as Peshwa Bajirao in Bajirao Mastani (2015) and Alauddin Khilji in Padmaavat (2018).

Hawkeye is known for his partnership with Black Widow. With Deepika Padukone as our Bollywood Black Widow, it would be appropriate to for Ranveer Singh to play the part. 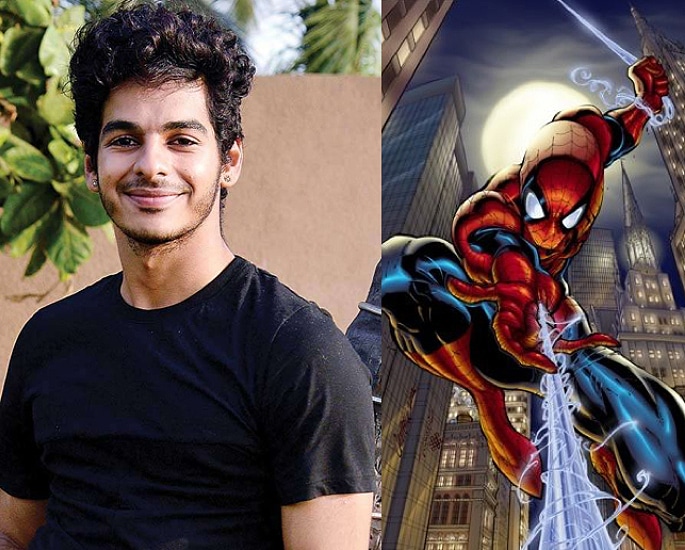 Probably the most recognisable superhero in all of Marvel, Peter Parker acquired his powers after being bitten by a radioactive spider.

Upon discovering his new powers, he dons the red and blue spandex and becomes the friendly neighbourhood Spider-Man.

British rising star, Tom Holland takes the reins of the character with acclaim. Bollywood’s rising star Ishaan Khatter is our choice for the role.

“With great power comes great responsibility” and we can trust Ishaan will do the character justice.

His boyish looks and charm fit the teenage superhero’s characteristics.

Khatter’s acting prowess impressed critics in his breakthrough films, Beyond the Clouds (2018) and Dhadak (2018). Many described him as “a natural.” 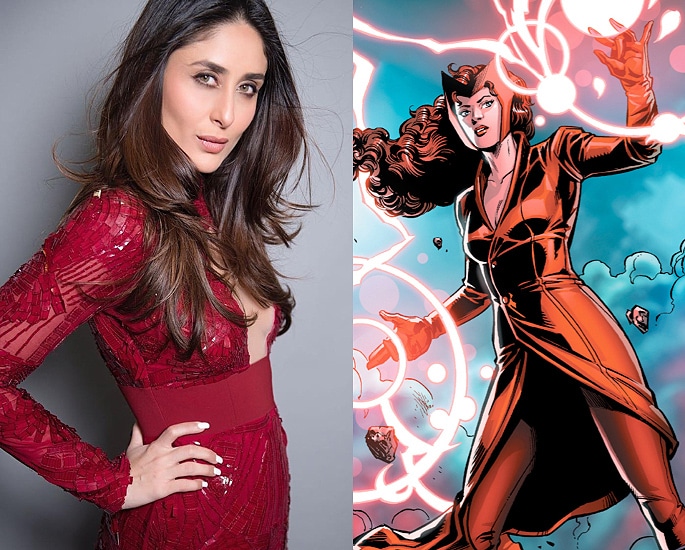 Wanda Maximoff is the Scarlet Witch. A woman who developed the powers of hypnosis and telekinesis after being experimented on by scientists.

With the ability to move objects with her mind and mind-control, Elizabeth Olsen has had the honour of playing such a powerful character.

Kareena Kapoor controls the minds of her audiences with her sultry eyes and mesmerising dances. A passionate actress, she holds over five Filmfare awards to her name.

Industry professionals note her spontaneity as a key strength in her performances. In an interview with Filmfare, Kurbaan (2009) director, Rensil D’Silva said

“She’s [Kareena] instinctive and has emotional intelligence. She absorbs the situation and performs accordingly.”

“Discussing the scene, in fact, harms her.”

We believe Kareena is a perfect fit for a multi-dimensional character like Scarlet Witch. 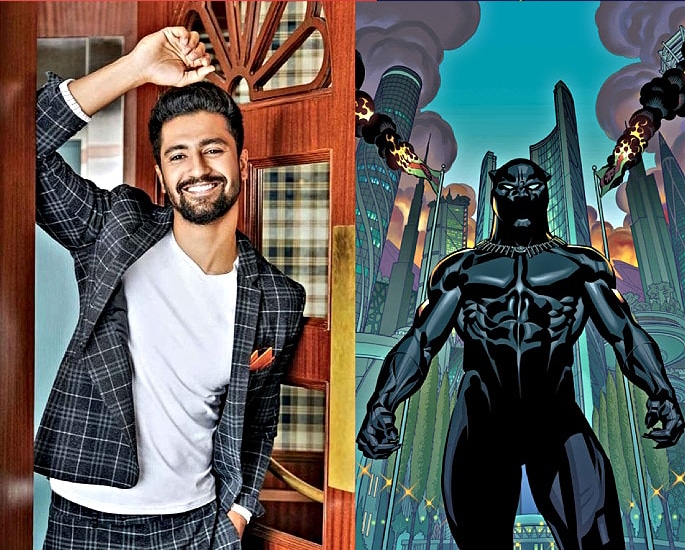 The first black Marvel hero, T’Challa is the king of the Wakanda. A (fictional) isolated country located in Africa with the most advanced technologies in the world powered by Vibranium.

T’Challa inherits the mantle of the Black Panther following the death of his father, T’Chaka. Chadwick Boseman has blessed cinema screens with his portrayal of the king, bringing charisma and coolness to the role.

Vicky Kaushal exudes the talent and versatility required for such a complex character.

He is making waves in Bollywood as an actor with a duskier complexion compared to his contemporaries.

In an industry that glorifies fair skin, Vicky is helping normalise darker skin tones by taking on positive roles. Thus, he deserves to be our Black Panther.

These were 10 MCU heroes envisioned as Bollywood stars that made our list. There are plenty more heroes out there too like Doctor Strange, Captain Marvel and the Guardians of the Galaxy.

Though there are no plans revealed to include an Indian superhero in the MCU. However, a Pakistani-American superhero is in the works.

Not only that, Marvel has expressed interest in creating Bollywood content with their sights set on Shah Rukh Khan to lead.

But it is highly unlikely that Marvel Studios will create a Bollywood Avengers remake but one can only dream.

Akshay Kumar is ‘Fired Up’ about Prime Video ‘THE END’
Farhan Akhtar to Marry girlfriend Shibani Dandekar in May?