Dhadak: A Story of Young Love with Caste Differences

Debutantes Janhvi Kapoor and Ishaan Khatter star in the future hit, ‘Dhadak’, a rocky love story challenged by their families and separate castes.

"With Dhadak, we have set out to condemn it [caste difference]. That it's a harsh reality"

The latest film from Dharma Productions, the romantic drama Dhadak (2018) tells the story of two lovers with the obstacle of caste differences.

The film stars debutante, Janhvi Kapoor, the daughter of Sridevi and Boney Kapoor and rising star Ishaan Khatter, the half-brother of Shahid Kapoor.

In addition to Dharma Productions, the film is also produced by Zee Studios and is a remake of the hit Marathi film, Sairat (2016).

A Cute Romance that Turns Ugly in a Heartbeat 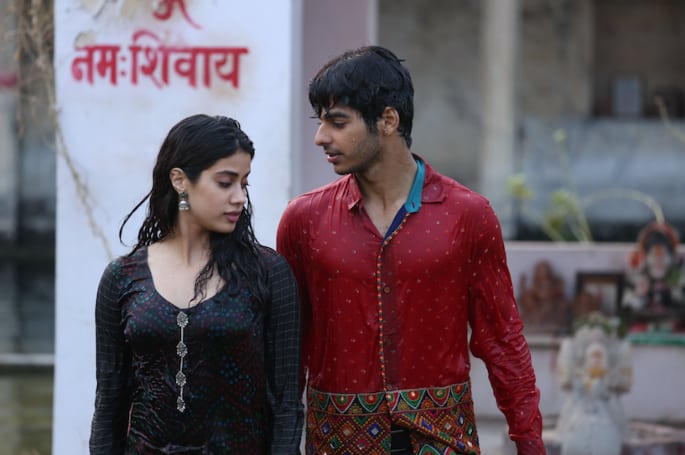 Set in Udaipur, Rajasthan, Dhadak is a compelling love story that explores the issues of Indian caste differences. Kapoor plays Parthavi, an upper caste daughter of a politician and Khatter as Madhukar, a lower caste boy.

Innocent and romantic, the trailer begins with the two lovebirds exchanging sweet dialogue and dancing together. However, things turn dark after a kiss.

Unfortunately, Parthavi and Madhukar’s relationship is on the rocks when the families of the two clash. Madhukar suffers a public beating as well as beatings by the police in a cell.

The two go on the run in order to escape the violence that pursues them but does this prove to be too much for the young lovers?

Janhvi Kapoor elaborated on the film with PTI:

“I feel up until this point, a lot of films in mainstream Bollywood have glorified that divide. Because it creates a sort of conflict that ‘I can’t live without the love of my life’.”

“I feel they have glorified that divide a little bit. But I think, it should be condemned and with Dhadak, we have set out to condemn it. That it’s a harsh reality.”

“Dhadak is not a Bollywood saga that ends with either the parents agreeing or typical, magnificent ending. It’s an ugly truth.”

“I remember Shashank and I talking about how classism is prevalent not only in the lesser-educated sections of the society but also in the well-educated strata.”

In preparation for the role, the leading stars immersed themselves into the Udaipur culture, conversing with local people to be able to grasp the Mewari dialect.

They explored the city in order to get a feel for their new filming location. Furthermore, Khatter had his ears pierced for the role.

A Sweet and Melodious Soundtrack

The trailer features snippets of songs from soundtrack produced by Ajay and Atul Gogavale better known as Ajay-Atul. The brothers also served as composers for the original Marathi version of the film.

It features four tracks in which Ajay serves as a vocalist in all four tracks that are penned by Amitabh Battachariya. He duets with Shreya Ghoshal in the title song and brother Atul in Zingaat. 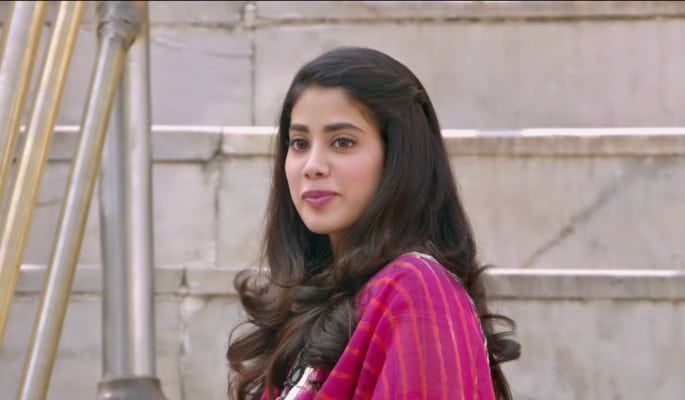 Soothing and peaceful, the title song Dhadak has become an instant hit resulting in many covers emerging from artists all over India. The song quickly hit 9 million YouTube views within the first day of release.

The song plays as a backdrop of Parthavi and Madhukar’s romantic moments with audiences adoring Kapoor and Khatter’s chemistry.

The Times of India wrote:

With it’s soft and delightful tone the poetic song captures the heart of the listener.

Still keeping the theme of innocence, Zingaat changes the tone of the soundtrack with a fun song for perfect for parties is sung by Ajay-Atul. It is a remake of the hit song of the same name from Sairat.

Choreographed by Farah Khan, the peppy song is picturised by Khatter so perfectly with his charm and funloving spirit. In contrast, Kapoor shows sass from a balcony with an anything-you-can-do-I-can-do-better attitude.

Farah Khan tweeted: “Worth coming out of choreographic retirement for!! #Zingaat”

Worth coming out of Choreographic retirement for!! #Zingaat @karanjohar https://t.co/3MO1aYVDy4

The video of the song takes place at a huge party where the members erupt into euphoric dancing.

When the chorus hits, the choreography turns into a competition of who can dab the hardest.

Warning, don’t try this at home, whiplash is imminent!

The Dhadak trailer has received mostly positive responses with currently over 45 million YouTube views. Even industry members are excited about the film too, particularly as it welcomes fresh faces to Bollywood!

“I’m a sucker for love stories so I’ll definitely see this. They look good together.”

“I like them together… And i love ishaan’s acting in the trailer, will definitely watch it for him!”

Janhvi’s family attended a special screening and had nothing but love for the starlet.

Proud uncles Anil and Sanjay Kapoor were present for the screenings, and later gave their own reviews on social media.

“Saw #Dhadak last night and all I have to say is #JanhviKapoor & @imIshaanKhatter both are already stars! Their innocence & love will steal your hearts for sure! Loved it!”

Saw #Dhadak last night and all I have to say is #JanhviKapoor & @imIshaanKhatter both are already stars! Their innocence & love will steal your hearts for sure! Loved it!@DharmaMovies @karanjohar @ShashankKhaitan @ZeeStudios_

Cousin Sonam Kapoor Ahuja definitely loved it as she expressed on Twitter:

“What a stunning debut @janhvikapoor so so proud! Moved beyond words. @ishaankhattar you are magnificent.

“And this is all thanks to @ShashankKhaitan who has brilliantly captured their innocence, vulnerability and strength! Stunned!!!!!!”

What a stunning debut @janhvikapoor so so proud! Moved beyond words. @ishaankhattar you are magnificent. And this is all thanks to @ShashankKhaitan who has brilliantly captured their innocence, vulnerability and strength! Stunned!!!!!!

Others present at the screening included Sonam’s husband, Anand Ahuja and Varun Dhawan who also applauded the film.

Watch the Trailer for Dhadak here: 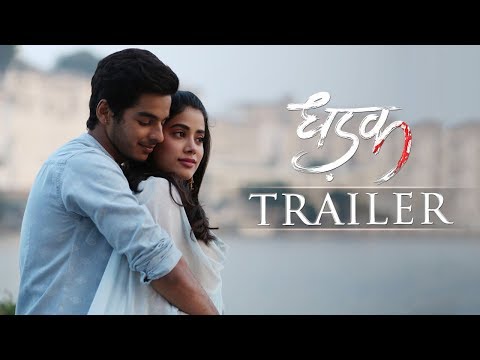 As the trailer presents a mixture of emotions, Janhvi Kapoor and Ishaan Khatter look to make their mark as we are promised a test of love.

With pressure to live up to the Marathi blockbuster, Sairat (2016), will the two rising stars do justice the previous version and tackle the issue of intercaste relations effectively?

Watch Janhvi Kapoor and Ishaan Khatter in Dhadak when it releases in cinemas on 20th July 2018.

Jakir is currently studying BA (Hons) Games and Entertainment Design. He is a film geek and has an interest in representations in Films and TV dramas. The cinema is his sanctuary. His motto: “Don’t fit the mould. Break it.”
Kaptaan: Biopic of Pakistani Cricketer and Politician Imran Khan
UK ‘Royal Family’ groove to Bollywood Song in Housefull 4