Former cricketer now turned politician, Imran Khan is set to have his life and career immortalised on film with the upcoming biopic, Kaptaan: The Making of a Legend.

While the film has been in the works for several years already, reports indicate that the sports-inspired feature could be hitting cinemas later in 2018.

Directed by Faisal Aman Khan, the biopic follows Imran’s personal life during the height of his cricketing career in the early 1990s.

It will follow the iconic World Cup cricket win in 1992. Which catapulted Khan into stardom and a national hero of Pakistan.

Fans can also expect to see the private story of his marriage to ex-wife Jemima, his philanthropic work, and his eventual move into politics as the founder and leader of Pakistan Tehreek-e-Insaf (PTI).

Shot across different locations of northern Pakistan and Balochistan, stills from the film have been making the rounds for quite some time. Showing both Mannan and Imtiaz dressed in Pashtun-inspired salwar kameez. 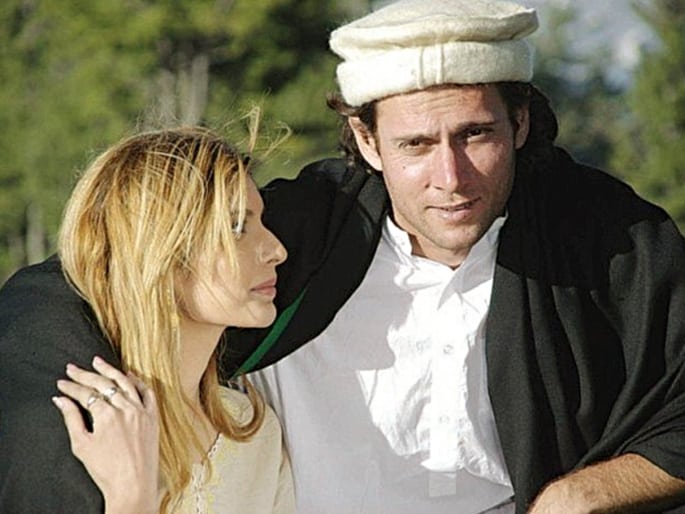 Model and actor Abdul Mannan’s resemblance to Khan in the film is certainly impressive and fans are hopeful that the star will be able to pull off such an enigmatic personality on screen.

“Portraying Imran Khan was not easy for me in the beginning but slowly I got into the character and it was an amazing experience.”

“I have tried my best to be Kaptaan. The movie is all about Imran Khan’s life; how he started his journey — from cricket to winning the World Cup, then his struggle for his cancer hospital and his marriage as well.”

Notably, Mannan has been doing his homework. There are numerous snaps showing him in Imran’s company, with Abdul confirming that he spoke to Khan a number of times about the complex role.

“We met around three times. Once it was a proper full meeting at his Bani Gala residence and we had a lovely time. It was a pleasure meeting him.”

“It’s a demanding role but I did the best that I could.”

Interestingly, the actor added that he knew little about Khan prior to the film.

He told The Express Tribune: “There was an uncanny physical resemblance but I knew I still had a long way to go. I had to emulate his mannerisms, gait, speech. I spent a day with him just to observe.”

In addition, the film promises to shed a key light on Khan’s relationship with Jemima. Saeeda, who stars in the 2018 revenge thriller Wajood, admits that Kaptaan was, in fact, her first feature film:

“Wajood released first so it’s being treated like my debut but my first project was portraying Jemima Khan so it was much more difficult.

“I was new to the field and was actually training for six months in tasks like makeup before I ventured into acting.

“It was a great experience, I learned from my first experience and slowly and steadily. Eventually started learning from different directors, projects, you know you automatically groom from one project to another,” Saeeda said. 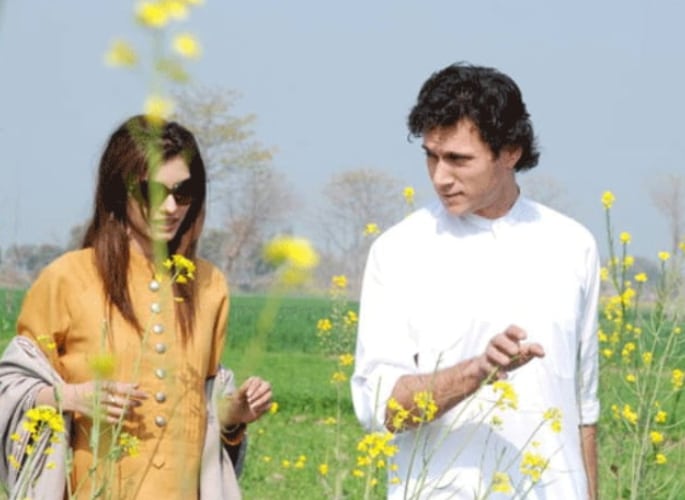 While Saeeda was unable to meet Jemima in person, she told the press that she spoke to her over the phone, adding:

“We also exchanged a few words over email. I was supposed to meet her in London as well but that couldn’t happen. I did meet Khan Sahab around 4-5 years ago. The entire team was there.”

Saeeda also added that Jemima was reportedly “loved” the way she has been portrayed in the film.

On 5th July 2018, the actress posted some stills from the film on her Instagram, with the caption:

“The wait is almost over #kaptaan.” 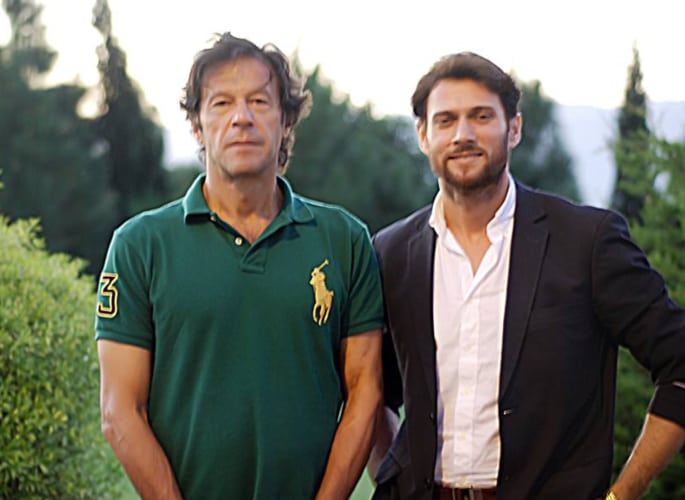 With the initial idea coined in 2011, Kaptaan was originally slated to release back in 2013, where a teaser trailer was even released.

It was anticipated to hit cinemas during Imran Khan’s electoral campaign, however, was shelved after the PTI leader suffered an injury.

“The idea of Kaptaan came around in 2011. We conducted a workshop that year to translate the vision into a film. Filming commenced a year later.”

While the film had Imran Khan’s consent, it is thought that more time was spent in search of the right director in order to re-shoot some of the sequences. Imtiaz said:

“The film’s delay had a lot of reasons to it. Khan Sahab had sustained an injury during the time we were in production and the producers felt it would be insensitive to carry on.

“With the passage of time, the producers also decided on reshoots because they wanted it to be perfect.” 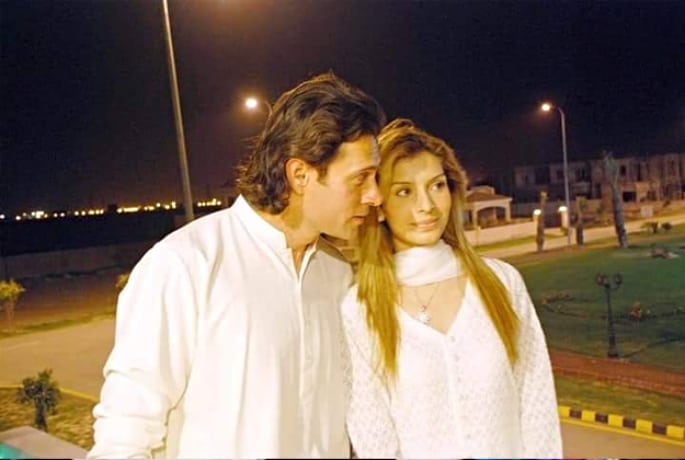 “I’m glad that the new director is looking at the film with a fresh vision because it gives new aspects to Khan’s character.”

“Finally it’s done and the wait is over. The new people will take this movie to the next level so the delay is like a blessing in disguise and I don’t really think it’s too late.”

Interestingly, news of the highly anticipated film comes at a pivotal time, as Khan is currently running in Pakistan’s 2018 general elections. Saeeda is keen to note, however, that the film is not a part of his political campaign: 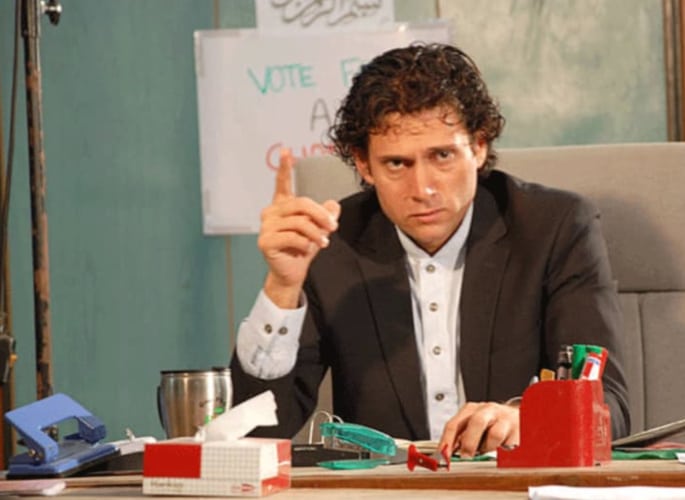 “Kaptaan has nothing to do with elections. It’s a film purely on his personal life, like his life spent with Jemima and politics, but not the other wives that he has at the moment.

“There are a lot of things that people might not know and they’ll find out because of the film.”

Mannan adds: “Around 60% [of the film] is premised on his personal relationships. Kaptaan will also shed light on his relationship with Goldsmith.”

While the film focuses on Imran’s earlier life, it is unlikely that the politician’s later marriages will see much airtime. These include his brief marriage to Reham Khan in 2015 and his current marriage to Bushra Maneka.

In addition to Abdul and Saeeda, the film also stars Sonya Jehan as Imran’s sister and Mehwish Nasir as Benazir Bhutto.

It is thought that Kaptaan will finally release in cinemas later in 2018.