Asian taxi driver Mohammed Zubair is given a life sentence for the double murder of two men, after the discovery of an affair with his wife.

Bradford Crown Court sentenced an Asian taxi driver to jail for life after the double murder of two men. Mohammed Zubair, from Bradford, beaten Ahmedin Khyel and Imran Khan to death in a “savage” attack. After dumping the bodies in a secluded road, he fled to Pakistan by taking a flight to Islamabad.

On Tuesday 7th February 2017, the court gave him a sentence to a minimum of 31 years in jail.

In the hearing of the case, the jury were told that Zubair’s wife, Kainaat Bibi, had an affair with Khyel. The affair began after a trial separation between Zubair and his wife.

Mr Kheyl was from the East Ham area of London and was married with seven children.

The affair involved Mrs Bibi visiting Mr Kheyl in London and him the going up to Bradford to see her, where they had sex in the family home when Zubair was out.

Zubair allegedly knew about the affair for some time. However, after discovering the affair he decided to take revenge on Khyel. He lured Khyel (along with his friend Khan) to his family home in Bradford. 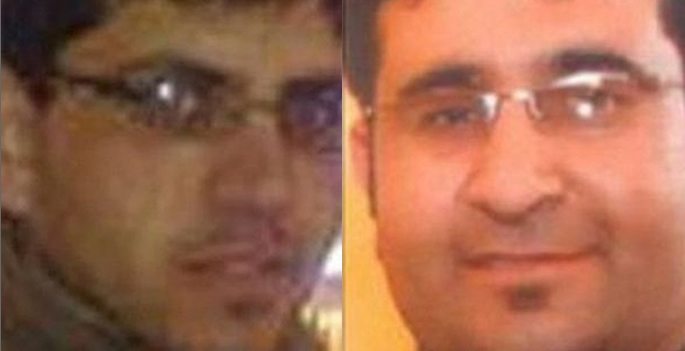 Zubair laid a trap for the pair as they died in a “ferocious” attack by him and at least one other accomplice. Placed in Zubair’s taxi, he drove the bodies of the two men to a quiet location. There he dumped them.

Khyel and Khan died as a result of skull fractures, caused by fatal blows to the head.

After knocking Mr Khyel out, prosecutors say he received at least six blows to the head. Similarly, “while the blows were raining down on him”, Kheyl’s friend tried to defend himself.

The jury was told that a “distinctive” pattern on some of the injuries was similar to that found on a dumb bell bar recovered from Zubair’s home.

After the murder, Zubair fled to Pakistan to avoid imprisonment for the double murder. However Pakistani police found him and in November 2013, they detained him in the country. After a failed appeal against extradition, authorities took him back to the UK in May 2016.

Police say that this is the first time a UK extradition has taken place in Pakistan for 10 years.

“I would firstly like to thank the Pakistani authorities, who have played a crucial role in this investigation by arresting Zubair.

“His victims, Shahbzada Muhammed Imran and Ahmedin Sayed Khyel, were brutally murdered and I hope their families will finally have some comfort knowing that their killer is now facing a life sentence.”