Difference between Vegans and Vegetarians

Many people get confused about Vegans and Vegetarians – what’s the difference between them? DESIblitz goes on a food quest to find out what they entail and whether they can work for you.

It's quite easy and convenient to follow a strict vegetarian or vegan in traditional South Asian cuisine.

If someone consumes fish, milk or honey, can they claim to be either vegetarian or vegan? What is the difference between the two? DESIblitz explores the key differences between vegans and vegetarians and how they fit into or British Asian lifestyle.

According to the Vegetarian Society’s definitions:

A Vegetarian does not eat any meat, poultry, game, fish, shellfish or by-products of slaughter.

There are also two types of vegetarians:

Vegans do not eat any of the above or consumes any other products derived from animals e.g. honey 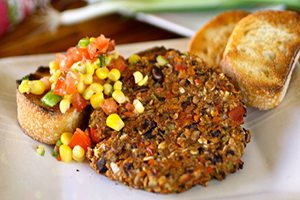 A common myth is that its difficult to get enough protein or iron if you follow a veggie or vegan diet. So what veggie/vegan food out there is both healthy and tasty?

Meat substitute products like tofu, soya or Quorn burgers, ‘chicken’ fillets and mince are an obvious choice for those carnivores looking to try out veggie food.

Natural protein sources like beans, pulses and nuts are also becoming a trendy accompaniment or replacement to meat on food plates. Pulses like lentils, chickpeas, butter beans etc are actually high in protein and fibre yet low in fat, making these a healthy substitute for red meat.

It’s quite easy and convenient to follow a strict vegetarian or vegan in traditional South Asian cuisine. Even if you are a chicken or lamb lover, you’ve probably often eaten veggie/vegan without realising or as part of religious observance. 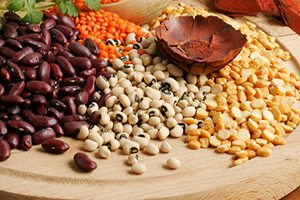 Those lucky enough to have indulged in good home cooking or street food will be familiar with the huge variety of pulses, vegetables and grains and how well they combine with flavours like chilli and spices.

Dietary preferences among South Asians vary widely, depending on religious and cultural influences. Carnivorous Hindus and Muslims tend to eat chicken, lamb and fish rather than beef or pork. Although there are a few that may have dabbled.

Rajesh, 31, from Toronto admits he’s tried beef before: “It’s part of the norm here, Canadians are big meaters, my non-Asian friends eat it, so yeah I’ve naturally tried it too.” 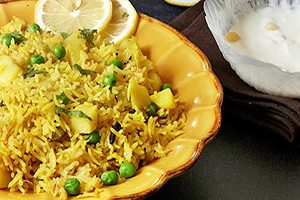 Those from a Muslim background may find it difficult to get halal options when eating out. Sabeena, age 26, from London has changed her mind on how to eat:

“Sometimes I’ve given up because I’ve just wanted to eat what I could. But these days I’m more conscious, I only want to eat Halal so I just stick to veggie options when eating out with friends. There’s always plenty of choice these days in UK restaurants.”

There are equally as many who are flexitarian in approach. Seeta, a mother of two, from Birmingham regularly cooks meat-based Indian dishes: “I do enjoy my chicken and I know my boys wouldn’t be keen if I stopped making it. But on certain religious dates, I’ll abstain from meat, fish and eggs. For me its important spiritual cleansing.”

Some South Asians are challenging how ethical the traditional South Asian diet is in the modern world, like Anita, 36, from Essex: “I didn’t really question it, I was just brought up eating the food my mum made me, which was mostly vegetarian.”

“It was only later on that I began questioning whether to continue buying dairy products, eggs and fish. My family have questioned me doing it though – they think being vegan would be unhealthy.”

So, how to be a healthy veggie or vegan? Get plenty of iron, vitamin B12 and protein from sources such as green leafy vegetables, nuts and pulses. A lot more foods than people actually realise contain protein, such as kale, peas, rice, potatoes and wholegrains. Focus on eating healthily and you will be a healthy vegetarian or vegan.

So what’s the good, bad and ugly of being veggie/vegan?

The growth in food blogs and TV cookery demonstrating that vegan and vegetarian cuisine can be healthy, tasty and accessible is turning the tide. People are hungry for more adventurous foods due to increased exposure to other cultures. There’s a diverse range of eating options in multicultural cities – from Ethiopian food in Amsterdam to Gujarati thaali dinners in Wembley.

We are more aware of where our food is coming from and how we consume it. So even if going totally vegan is too big a step straight away, people can easily do a vegan meal once a day or week. You’re not copping out by doing this.

Remember, whatever your food choices, you can still indulge in vegan and vegetarian meals to promote healthy eating as a part of your lifestyle.

Reshma is keen to explore Desi culture through her writing, whether it’s Bollywood, literature, fashion, food, British Asian music or social issues affecting the community. To quote Buddha, ‘What we think we become’ is her motto.
How to Make a Healthy Doner Kebab
Frank Khalid the Inspiring Owner of Chak89