Coping with Divorce as a British Asian Woman

Can divorce have a silver lining and make women more valiant, or does it merely cripple self-esteem and attract defeatist attitudes from the community?

"I have achieved so many goals that I know I wouldn’t have if I were still married to him ..."

What social and psychological coping mechanisms are adopted, during and post-divorce, among newer generations of British Asian women?

For decades, there has been more emphasis on the negative repercussion of divorce: ostracism from the community and sometimes family.

Whilst this is a very real problem, it tends to reinforce divorced Asian women as vulnerable and representative of the illustrious ‘hell hath no fury like a woman scorned’ literary quote, rendering them one-dimensional.

So what has caused this? Firstly, the sanctity of marriage and family values in South Asian culture has traditionally made divorce abhorrent.

Patriarchal disposition of Indian society believed that a young lady ought to be under her father’s control during childhood; when she is married under her husband’s control; and when her husband passes away, under the control of her sons.

This inferiority of women also extended to those Asians living in Britain, where the 1970s and 1980s saw divorce as an unthinkable concept, leading to heavy ostracism of mainly women from their community and their families.

Women have continually struggled against cultural misogyny dictated to them for centuries. But has this now changed? DESIblitz spoke to eight Asian women about their experiences of divorce.

The Community and Existing Stigmas 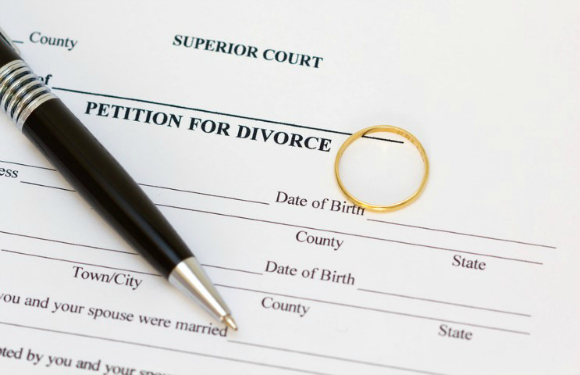 If all the different types of women in the world were placed along a good-bad spectrum, Goddess Lakshmi, Florence Nightingale and Mother Theresa would be the crème de la crème.

At the other end of the spectrum we have the femme fatales: Lady Macbeth, Cruella De Vil, and Salome. Divorced women would alas, be part and parcel of the second faction. They must be avoided.

34-year-old Maria shares: “One person I got to know had never been married before and wasn’t sure if his mum would agree to him marrying a divorcee with 2 kids …

“He was from a ‘religious’ family that had accepted a white revert into the family as a daughter-in-law but were unlikely to accept a divorcee.”

Religiously and culturally, there is a need for women to be chaste, making it hard to accept a woman that has been sexually exposed.

A divorced woman is also seen as flawed; she is unable to get along with the husband and in-laws. Her track record insinuates her second marriage will equally be a failure. 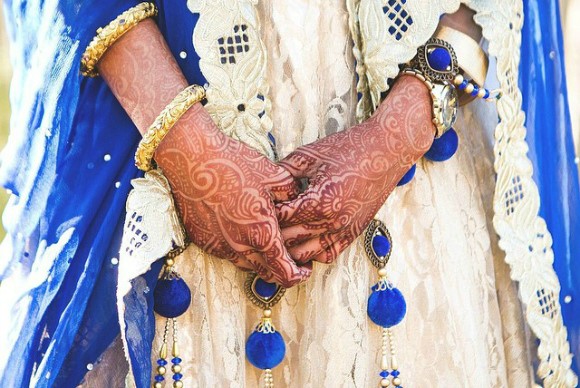 Sonia, aged 40, describes ostracism extending to the children, consigning them to a lower social stratum, akin to the ‘undateables’ and ‘underclass’:

“It’s hard to dissociate myself and my kids from my husband, even though we haven’t seen each other’s faces for decades …

“People still say, ‘Oh we won’t mix with them because she is a divorcee and her ex-husband is a gambler’.”

“For this reason, when it comes to getting my children married, it’s hard to find good prospects; I’m praying that they find their own.”

This suggests that some people in the South Asian community still view a woman through the lens of her husband, symptomatic of the prevalence of sexist ideology.

On a more positive note, such hostility can spur women to question the repressive characteristics of their own culture. 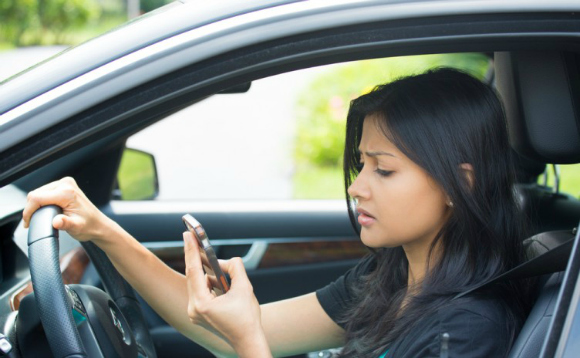 Contrary to most research, we have found that family, and close friends, provide the most social support, which can take the form of practical support such as childcare, or emotional support.

This relies on having someone who can lend a sympathetic ear, whilst you’re reciting your daily monologue entitled, ‘Me, Myself and I: The Divorce Chapter. Aka How Could He Have Treated Me Like The Dog Excrement You Find On The Bottom Of Your Shoe?!’

Newly divorced Amirah, who is a 24-year-old professional, shares that: “My father felt a pang of guilt … On reflection, he felt that he should never have agreed to his brother’s request of getting me married to my first cousin, who is uneducated.”

Social support facilitates divorced women to conquer the damaging experiences encountered with their partners and in-laws.

And this is necessary so that they don’t surrender the belief that they can be powerful, and as badass (if they want) as Anna Wintour, Sophia Duleep Singh, Indra Nooyi, Audrey Hepburn and Beyoncé. 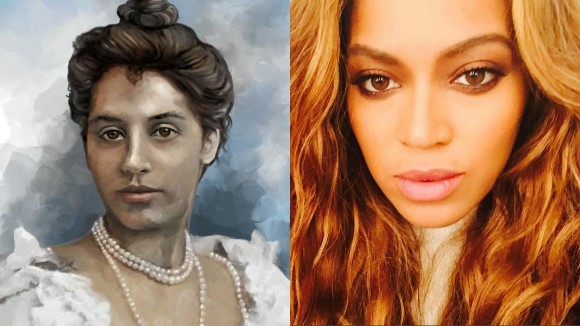 Where solace at home falls short, women may turn to other places, within or outside the community enclave, and even online. In doing so, they build new and valuable relationships.

Laila Ali, aged 30, created her blog ‘Desi, Divorced and Damn Fabulous’, as a means to chronologically document her emotions and experiences during and after the dissolution of her marriage.

Her blog has been somewhat revolutionary since it has:

“Brought woman out to talk about their own circumstances whether they are going through a divorce or know somebody who is, or perhaps they are still in a marriage but miserable.

“It has allowed people to connect with each other … I never expected my blog to receive the number of visitors it did. Maybe we are still very much lacking in the amount of emotional help available to divorcees,” Laila tells us. 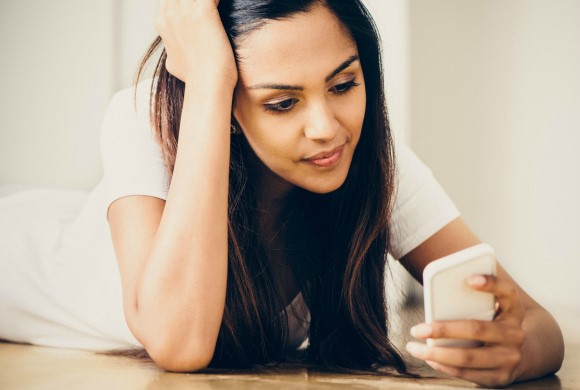 The termination of marriage often culminates in the exponential decay of self-esteem and a proliferation of multiple negative emotions.

The women we spoke to felt ‘alone’, like the only tree in a forest, and ‘angry’. They felt melancholy, as if trapped in a state of mourning; and misanthropic, resolved to become a hermit.

They didn’t want people sticking their noses into what was a private affair. And they ‘avoided looking in the mirror’ because they felt ‘fugly’ (f**cking ugly).

When 35-year-old Naila became a single mother, she decided to wear the niqab for these very reasons. It gave her the confidence to conduct familial duties in the public sphere, which were previously the domain of her husband. This powerfully increased her sense of independence:

“I said to myself put this on [niqab], when you go to get your car fixed, and you want to barter with the bloke about the price and you feel a bit uncomfortable smiling.”

All the women had some compunction that they could not provide a nuclear family for their offspring, who would lose out on having what should be their first positive male role model.

However, by destabilising the patriarchal arrangement of the nuclear family, South Asian divorced women can claim parental superiority by assuming the dual role of carer (mother) and breadwinner (father).

Accordingly, they emerge as fierce and autonomous individuals, capable of transforming cultural habits. 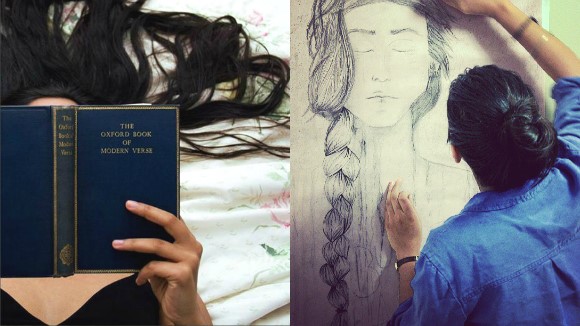 Feminists claim that male domination over a woman’s sexuality and economic resources results in her oppression.

Since divorced women are free of this, they have greater liberty and control. Hence, divorce can open the door to new opportunities and with it a greater zest for life.

26-year-old Jess tells us: “I have achieved so many goals that I know I wouldn’t have if I were still married to him as he was never supportive. I have: finished my education, done my theory and practical test, got my own car, got a job and got my own house.”

There is a yearning to build a successful career, and there is little, if any racial discrimination when accessing employment, which our mothers may have been subjected to, thus stunting their quest for independence.

Adequate housing, a decent education and employment are imperative to developing resilience against personal struggles, and a sanguine feeling of one’s self.

Divorced women can have first-hand experience of gender inequality, which can in turn empower them to ‘woman-up’ (not man-up), and disrupt normative cultural values, so long as ‘woman-up’ connotes boldness, rationality and independence.

At the same time, exclusion from the community is still very real, and compared to Western women, Asian women continue to feel the sting of divorce far more heavily than they should.

An aficionado of human geography, particularly race, class, gender and the environment. Shivani occasionally likes to dress up her hair in a red ribbon and her favourite place in the world is Singapore.