Why Sexting is increasing amongst Young People

With the dynamic growth of the smartphone market and even the evolution from making a call on a mobile to texting, an activity that has grown too, is ‘Sexting.’

Original sexting was sending texts with sexual content. This could be in the exchange of sexually flirtatious texts on their own, or also include the attachment of images which could be nude or sexual.

We look at how and why the sexting culture has dramatically grown amongst young people and explore the question – is it affecting British Asian and South Asian youth too?

Adults sexting is something that most would say is a personal matter and freedom of choice but the huge growth of sexting amongst much younger people is becoming a very noticeable trend.

The Wireless Report (2014) did a study highlighted some enlightening facts about sexting:

The report was conducted by interviewing a sample of 2,732 young people aged 13-25, of which 1,020 respondents were from the United Kingdom.

46% of the interviewees were male, 52% female and 2% transgender. From the different religious backgrounds, 1% were Hindu, 4% were Muslim and 1% were Sikh.

According to the National Crime Agency sexting between teenagers has become the norm. A huge increase in cases of children sharing sexually explicit images and video is definitely on the rise.

Ethel Quayle, a Clinical Psychology lecturer at the University of Edinburgh says:

“It is interesting that the majority of young people we interviewed didn’t refer once to ‘sexting’. Instead they saw this as taking selfies or nude selfies.”

So the ‘selfie culture’ has developed a very sexual side where young people are openly exchanging self-taken images of themselves in nude or sexually teasing poses.

Females are twice as likely to send a naked photo of themselves more than once a week than men according to the The Wireless Report.

So, why is sexting so popular amongst young people? What are the drivers for using this means of sexual communication?

Many would argue that with young people as young as 9-11 years old having access to camera based smartphones, so it is not surprising sexting is an area of mischief for young minds.

Insecurities, self esteem and peer pressure are also playing a significant role.

With social media ‘likes’ playing a prominent role in the lives of young people, there is a desperate desire to be ‘liked’, especially for body image and appearance.

So sending sexy photos during sexting is a pretty standard way to get attention.

This can lead to young women being easily coaxed into sending more and more nude and explicit images to ‘prove’ how good they look.

Similarly, young men are sending body and images of their penis to women to get approval for they way look and their size.

There is no doubt that many young British Asians are also engaged in sexting and see it as a standard part of their young promiscuous lifestyle.

When asked, some young British Asians openly told us about their sexting experiences.

Ravi, 19, an avid ‘sexter’ told us that sexting is definitely a popular activity amongst young British Asian girls and guys.

He said: “Asian Guys are very ‘thirsty’ and tend to be the first to even send pics of their parts to girls.”

“A lot of sexting starts on apps like Instagram and Twitter, where direct messages are sent to a girl who then exchanges other info, like Snapchat, Kik ID, phone number and so on,” says Ravi.

Aquib, 20, a student says: “Friends of mine do a lot of sexting. The issue is that when photos sent to one person in a trusting way, end up with other mates on their phones through secret sharing.”

Ravi says: “On Instagram, there are hidden pages called ‘bait pages’ where lots of images of girls collected by guys are added and links given out. But these pages do not last long because no one wants to get caught. They are added and then deleted pretty quickly.”

“A lot of people also use the app Snapsave which allows people to quickly save images from a Snapchat before the other person knows,” says Ravi.

Jenny, 22, a graduate says: “A lot of girls like to show off how fit they look so taking selfies in underwear gives them a kind of confidence.

Sharmaine, 20, a fashion student says: “Lots of girls do not realise their photos will get shared with others, and it gets very awkward and embarrassing for them if found out. But some girls do not care.”

Dalbir, 21, a media student says: “There a tons of Asian girls who send their naked photos in sexy conversations on chat. It does not take long for them to take photos instantly on their phone and send you more revealing ones.”

But is it the same in countries like India? A video produced by So Effin Cray interviewed Indian women to get their view on sexting and if they participate or not: 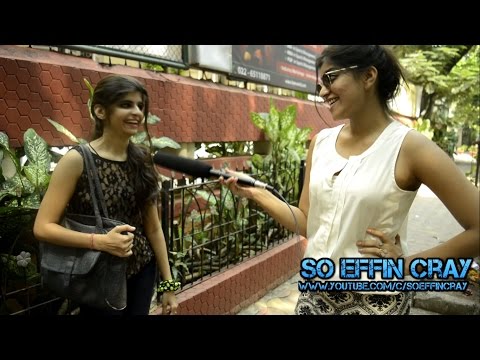 As the video shows most of the Indian women openly admit they happily engage and don’t mind it, as long as it is not of a ‘stalker’ or ‘weirdo’ kind.

However, for those who are comfortable with sexting, they need to always practice safety.

This includes not showing your face in photos, using apps which do not store photos, avoid sexting if your are drunk or intoxicated, definitely stay away from stranger chats and delete conversation history unless you really want to keep them.

Therefore, as technology and apps evolve, there is no doubt sexting will increase even more in popularity, and future generations may well use very different ways to express this kind of sexual interaction.

Names of interviewees have been changed for anonymity reasons.