Sket, written by Maya Sondhi and directed by Prav MJ, is a play that explores the social phenomenon of ‘sexting’ in young people.

Set in an inner city school, Sket captures the day to day lives of 6 teenagers, engrossed in social media, and a bewildered teacher that strives to help.

Sket is bold and ensures that it is as realistic as possible. From the crude colloquialisms young people use to their distinct body language, the audience feels transported to the classrooms of an inner city school.

For many, this is a rare insight into how today’s teenagers really are as films or TV shows would never be as uncensored as this play and teenagers interact differently with each other than they do with parents or elders. 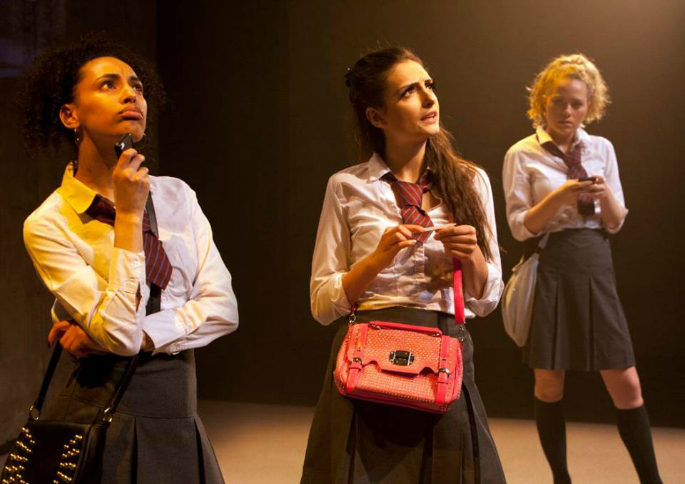 The play explores how parental neglect, financial deprivation and accessibility of pornography can all influence the way young people think and depict ‘sexting’ and social media.

It doesn’t help that amongst all of this, there is the added pressure of vanity from social media glamorising celebrities and ideal body images.

The ease of teenagers exchanging sexual photos and videos through WhatsApp and pornography websites has led many dismissing its consequences. Sket explores how these malicious acts can affect the vulnerable person on the other end.

The contrast in communication between the teenagers and the teacher in Sket shows how the speed of the digital age is making it increasingly difficult for parents and teachers to see how they can help.

The cast of the production are excellent. In particular, Tessie Orange-Turner, who plays Tamika, is fierce and draws the audience’s attention. The venue, Park Theatre, offers an intimate feel to the play and allows you to connect with the characters. 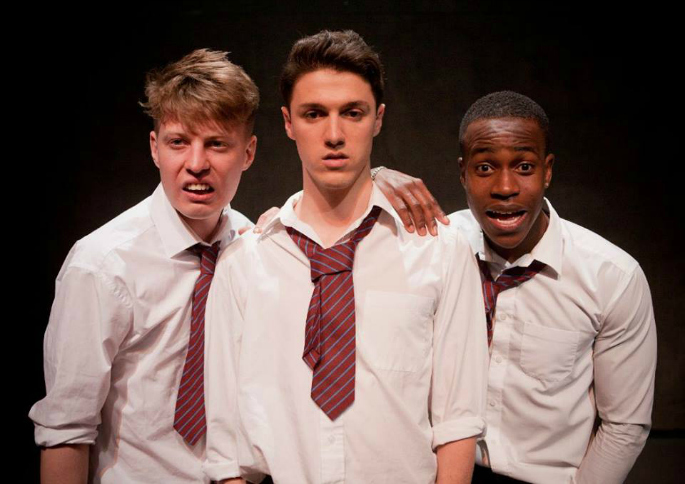 The play, which finishes within an hour, ends slightly abruptly and leaves you wanting to know more about the character’s journeys.

Directly after the play there is a Q&A giving the opportunity for the audience to gain a deeper insight into ‘sexting’ and the organisations that are actively involved to help combat the problems. Discussions vary each night, from Internet Safety, Cyberbullying, and Young People and Sexual Health.

DESIblitz were privileged to witness Caroline Hurst from Childnet International, a charity that raises awareness and educates about internet safety.

The director of the play, Prav explains why they chose the discussions, saying: “I did the Q&As afterwards because a lot of people might think the play is not real and it doesn’t really happen.”

She revealed that her inspiration towards creating Sket was her passion towards topics that command a discussion and debate:

“This is a 21st century play that deals with issues that young people are facing right now. When I read the play, I wasn’t aware how prevalent sexting was so that’s why I thought it was an interesting concept.”

“I hope that this might incite some change and think about how we can deal with these issues.”

The Q&A revealed how latest statistics collected in over five countries in 2015 show that 44 percent of girls and 32 per cent of boys of ages 14-17 years are currently sexting. 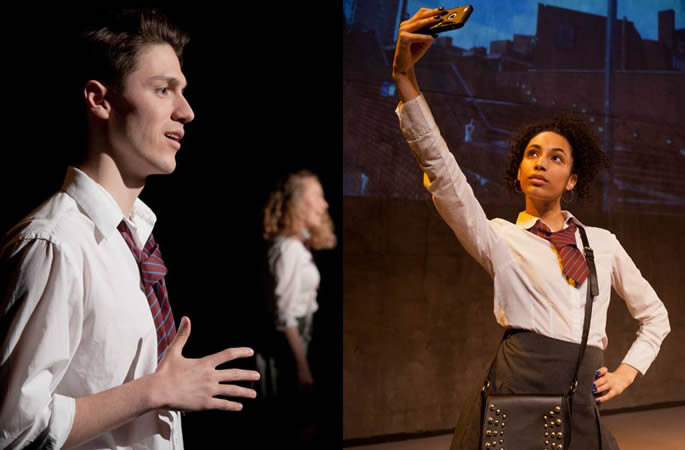 Caroline said: “The peer pressure is making it increasingly difficult for young people to make decisions that they want to make because they feel that if they did it, why can’t I? The normalisation has made it a culture which makes it harder to battle.

“There’s currently a lot of misconceptions surrounding young people and sexting. They think sexting is safer than sex and they also think that there’s no one that they can go to tell someone about it,” said Prav.

The play, that has comedy along with some meaningful messages, is an engaging watch. With its bold narrative all packed within the space of an hour, Sket is London’s hidden theatrical gem for May 2016.

Images courtesy of Park Theatre and Pete Le May