University life continues to be linked to excessive alcohol consumption. How does this affect British Asian students? We find out more.

There is an expectation for students to get drunk.

The heavy use of alcohol amongst students in the UK has become a norm and a large part of the whole university experience for many individuals.

This association may still exist due to the fact that some expect students to drink and ultimately get drunk.

Purposely drinking to get drunk, for many students, is part of the university culture and lifestyle.

Whilst alcohol use is relatively common amongst students in higher education, there are still many individuals who choose not to drink alcohol at all.

This could be due to a variety of reasons. These include personal choice, faith and religion, underlying health issues and opinions from family. 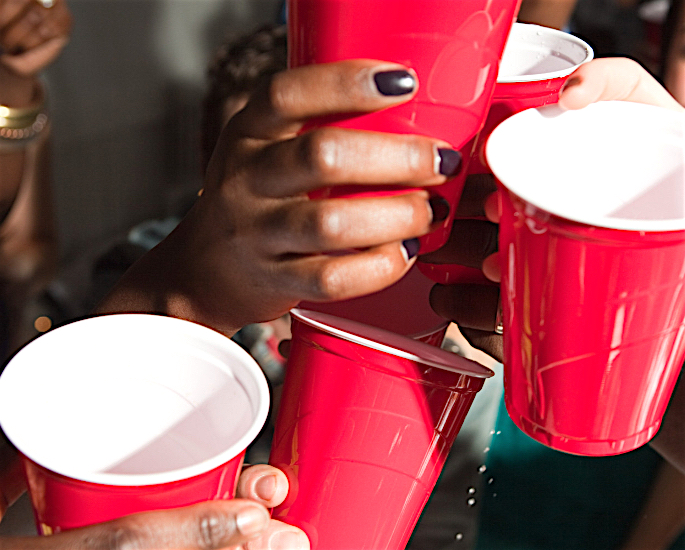 When you think of university, there are a few expectations and aspects of the experience that always spring to mind.

Firstly, the transition of moving from home to student accommodation away from the family, usually for the first time.

Secondly, the academic and overall learning aspect of further education.

The third is the student experience and a new lifestyle. This, for some students, may include drinking and experimenting with drugs.

The stereotypical student experience can create pressure on new students to embrace and actively participate in campus culture.

This ultimately glorifies excessive drinking and the use of drugs.

At university, the drinking culture is integrated within and perceived as a large part of the whole experience.

A study by the National Union of Students (NUS) in 2018 found that 79% of students in higher education agree that drinking and getting drunk is part of university culture.

Furthermore, 76% said that there is an expectation for students to get drunk.

The party atmosphere and nightlife at university has also become one of the reasons as to why some individuals are attracted to enrol in the first place. 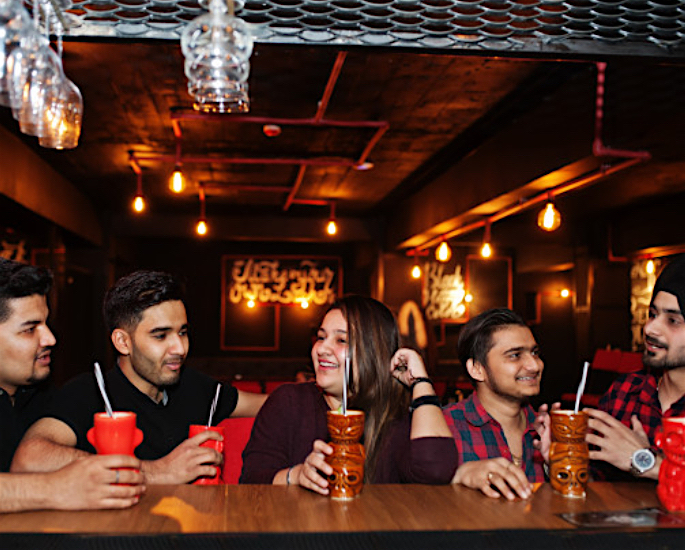 One of the major contributors to excessive alcohol consumption is the influence of peers or peer pressure.

It can sometimes be difficult to ignore social pressures.

Peer pressure can have a significant influence on a student’s actions and mindset regarding alcohol.

Peer pressure during university can be especially catastrophic as it can lead to unhealthy behaviours relating to alcohol consumption, in the future following higher education.

It can occur in a variety of ways in relation to drinking.

Heavily encouraging another student to drink or offering alcohol are both examples of how peer pressure may occur in a social setting such as a party.

Trying to fit in with a certain social group is also an example of how peer pressure works.

DESIblitz exclusively chats to Pawan Grewal about her experience with peer pressure during university.

“When I was at university, declining a drink was seen as a rejection of being part of a group.

“So, I felt like I had no choice but to drink in order to fit in and maintain my friendships, especially in my first year of university.

“I was never a big drinker before university and I didn’t plan to drink loads during my degree. It’s pretty ironic because I was out drinking every night during Freshers Week and then nearly every night after that.

“I didn’t enjoy doing it but I couldn’t help myself; it just became a habit of never missing a social event and trying to keep up with my ‘friends’.

“If I could go back in time, I definitely would have tried a lot harder to refuse drinking so much.

“I’ve realised that certain friendships drift away and giving in to peer pressure was ridiculous because I’m better off without those people and it was all for essentially nothing.”

The perception that everyone drinks can influence individuals to take part in it. This may lead to a temporary feeling of inclusion and belonging.

This indirect form of peer pressure usually affects those individuals who feel misplaced or not part of the crowd.

Improper Use Of Alcohol 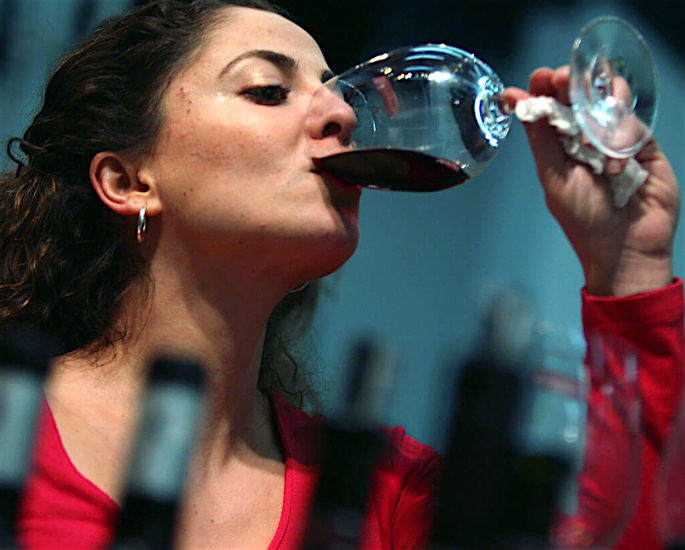 For some individuals, drinking alcohol is necessary when in a social setting and meeting new people.

Alcohol can make social situations easier and more manageable for those who tend to struggle in new environments.

Whereas some may view alcohol simply as a stress reliever. It can be something to take part in because everyone seems to be doing it.

Regardless of the reasons why students drink, the alcohol intake in units continues to rise.

The recommended alcohol intake per week is 14 units. However, according to The Scholarship Hub, students across the UK average over 20 units a week.

“I enjoy drinking and socialising with people. I’ve definitely gone over my limit a few times when I’ve been out but I try to keep it all in moderation.

“I’ve missed lectures and seminars but as a student, I don’t think I’m doing anything crazy.

“My parents know I drink even though we never really talk about it.

“They don’t approve but I think they know that as a student living away from home, I’m going to experiment and try different things and they can’t really stop me.”

There are a number of short-term and long-term risks involved with excessive alcohol consumption.

The short-term side effects involve dehydration, memory loss and nausea. Whereas, the long-term effects include respiratory problems and liver disease.

Alongside the physical side effects, excessive drinking habits such as binge drinking can also have a negative effect on mental health and wellbeing.

Rohan Singh shares the impact that alcohol had on both his physical and mental health.

“I saw myself quickly becoming addicted to alcohol and immersing myself in the nightlife when I was a student.

“I always loved to hang out with mates and meet new people when I was out but the drinking always got out of hand.

“I got used to making myself ill after nights out, missing lectures the next morning and constantly arguing with mates. It became the norm.

“It got to the point where I wasn’t eating properly and I would be drinking as soon as I woke up. I also lost a lot of weight and I had to visit my GP numerous times.

“I got involved with drugs too during my second year and everything just went downhill from there.”

“My mental health kind of plummeted at one point when I was contemplating dropping out of university because I was so behind with the work and I felt embarrassed to face my family.”

One in five university students is likely to have a diagnosable alcohol use disorder according to a report on binge drinking from the Office of National Statistics.

Alcohol Use And South Asians 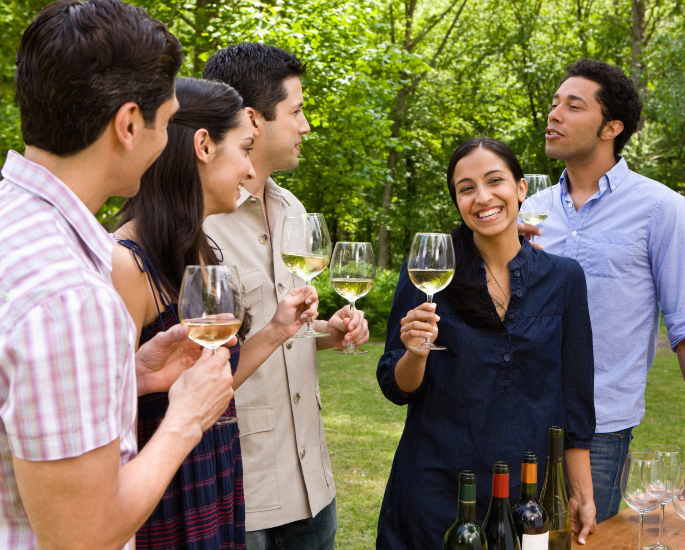 For many South Asians living in the UK, drinking is a part of their lives, despite cultural norms and expectations.

Alcohol seems to be a taboo subject. However, for the South Asian community as many individuals drink behind closed doors and tend to downplay the amount and frequency.

For many British Asian students, drinking has also become a norm during university as everyone seems to be doing it. It is easily accessible as a result of student alcohol deals at supermarkets and nightclubs.

The large majority of social events for students also revolve around alcohol so it can be hard to not get involved.

Some British Asian students have resorted to lying to their parents and not disclosing their drinking habits as a result of potential disapproval and shame.

This secrecy involving alcohol amongst British Asian students and parents is all too common.

“No one in my immediate family drinks so you can see why I like to keep things hidden.

“I experimented with alcohol in my second year, and I don’t plan on stopping. I’ll be starting my third year soon and I don’t think there’s anything wrong with drinking as long as I can keep it under control.

“Having a drink or two has helped me to relax and de-stress especially when I had a lot of assignments and coursework to complete.

“I haven’t told my parents because I know they’d react negatively and it’s a personal choice whether I drink or not. I don’t have anything against them but they can’t make decisions for me at this point.”

In the South Asian community, drinking is also sometimes perceived as only being permitted to the males in the family.

Despite the rising number of British Asian women who drink in the UK, it is still seen as an undesirable trait.

“I had just graduated when my family started looking to fix my marriage.

“I met several people but nothing seemed to come out of it until I met someone who seemed almost perfect.

“Our families agreed and we started hanging out together. Within a week, the boy’s family backed down.

“A relative of theirs had apparently seen some photos of me when I was a student in nightclubs and with a drink in my hand on social media.

“I was so angry with the way I was treated.”

“If the situation was reversed, no one would have said a thing. Double standards do exist and this was a perfect example of that.”

It is concerning to learn that excessive alcohol consumption is still heavily ingrained in university culture.

Universities should consider and address the issue of excessive alcohol consumption through safe and responsible campaigns and activities.

To change the negative attitude and impact associated with drinking, universities should try to better educate students in regards to drinking in moderation.

The implementation of drinking campaigns at university will also have the potential to make a difference and make students more aware.

It is also important to remember that no one should feel pressured into drinking and partying if it isn’t their type of thing.

More social events that don’t involve drinking could also be created and promoted to ensure every student’s needs are met and catered for during their studies.

Alcohol can and should be enjoyed by students but only if it is consumed responsibly and in moderation.

If you would like to talk to someone about your drinking, support is available: