Sana Javaid is said to be a victim of an ‘honour killing’ who was allegedly shot and killed by two British Pakistani brothers, who were not happy with her love marriage.

Two British Pakistani brothers and their father have been held by police of an alleged ‘honour killing’ of their step-sister because she had married of her own free will.

The victim has been identified as Sana Javaid, who was aged 24 years-old was allegedly shot on May 13, 2018.

Sources say that Sana had solemnised a court marriage with Shehzad Ahmed in Alang Village of Chatala, Jhelum, Pakistan, which infuriated her stepfather and stepbrothers.

After allegedly murdering Sana, brothers Ejaz and Faraz Khizar tried to flee Pakistan heading back for the UK. They were stopped at New Islamabad International Airport by Pakistan’s Federal Investigation Agency (FIA). They were off-loaded from an Istanbul-bound flight (TK-711) and subsequently handed them over to Jehlum police.

In addition to the brothers, sources say, the father, Khizar Hayyat and the husband of deceased Sana, Shahzad Ahmed, were also taken into custody in connection with the murder, as part of the investigation. 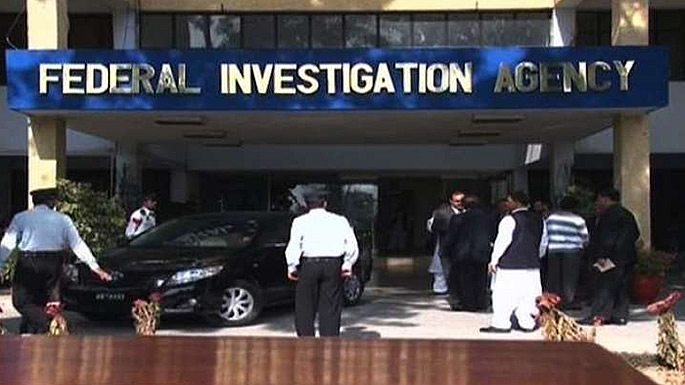 The murder case of Sana Javaid against the alleged killers was registered on May 13, 2018, further to her mother, Yasmin Farzana, bringing the killing to the attention of police.

Sana’s mother, from Lahore, Pakistan, had married Chaudhry Khirzar Hayyat after the death of her first husband Muhammad Javaid.

From her first marriage with Muhammad Javaid (who married for the second time), she had three sons and her daughter Sana, who was killed.

They moved from Lahore to Jhelum and started living with Sana’s stepfather Chaudhry Khizar Hayyat and stepbrothers Ejaz, Faraz and Sultan.

Yasmin Farzana stated that her marriage to Chaudary Hizar Hayat was not approved by his sons and they were not at all happy about it.

On May 13, 2018, Yasmin together with Sana and her son Bilal were shopping in the market, at which point Ejaz, Faraz, Sultan and others turned up in two cars and the stepbrothers indiscriminately opened fire and allegedly shot Sana, who died immediately on the location of the incident.

The killers were said to have quickly escaped from the scene immediately after the shots were fired.

Yasmin in her statement said that her Sana’s love marriage to Shehzad Ahmed was not accepted by her stepbrothers and stepfather, which led to her ‘honour killing’ at the market.

Strangely, Yasmin also alleged that Shehzad Ahmed, Sana’s husband was also with her killers in one of the cars when the attack took place. Implicating him in the murder case too.

A senior police officer said the five accused have been held by police including the two brothers who are UK nationals, who were arrested by the FIA on the plane at the airport.

Police have filed an FIR and an investigation into the alleged murder of Sana Javaid is underway.

Nazhat is an ambitious 'Desi' woman with interests in news and lifestyle. As a writer with a determined journalistic flair, she firmly believes in the motto "an investment in knowledge pays the best interest," by Benjamin Franklin.
Uber Driver jailed for Raping Passenger then Taking Selfies
Funniest Desi Reactions to the Royal Wedding