Muhammad Durrani, a married Uber driver has been jailed for 12 years after raping a drunk woman passenger and then taking selfies with her after the sexually abusive act.

Muhammad Durrani, a 38-year-old Uber taxi driver has been jailed for 12 years after he raped a 27-year-old passenger who was drunk in the back of his car and then taking selfies with her.

The victim was attacked by Durrani after she travelled in his taxi alone following a night out with her friends at a live music club in Clapham, South London, where he picked her up in a very drunken state on July 24, 2017.

Muhammad Durrani who is from Streatham in South London was sentenced at Southwark Crown Court on Thursday on May 10, 2018.

It was revealed that Durrani followed the drunk woman out of his car when they arrived at her home.

After she struggled to find her keys in a disorientated state at her doorstep, Durrani then carried her back to his taxi, put her in the back seat and performed a sex act on her before he went on to rape her.

The Uber driver claimed that the victim made advances towards him by hugging and kissing him and she went back to the car herself and then stripped for sex and grabbed him.

However, judge David Tomlinson who sentenced Durrani, a married man, told to him:

“I have carefully read the victim impact statement and it comes as no surprise that you have ruined her life.

“It has affected all aspects both social and professional – the harm that you did that night was incalculable.

“My impression of her was of someone who looked as though she had been immeasurably hurt, she looked and sounded really quite struck by what had happened.

“I think for her to come here to further think back to that night was for her a tremendously distressing experience.

“She fell asleep in the back of your cab and it was a warm enough evening for her to be wearing an all-in-one playsuit.

“By then it must have been obvious to you that your customer was almost paralytically drunk.

“Under the pretext of offering help you got out of your cab and approached her, that ought to have been the end of it but you had by then lost all sense of self-control.”

Stating that Durrani was the one who took her back to his car, carried out a sex act and then raped her.

What was more disturbing was that he then took graphic selfies of himself with her, having at least one of her breasts exposed. 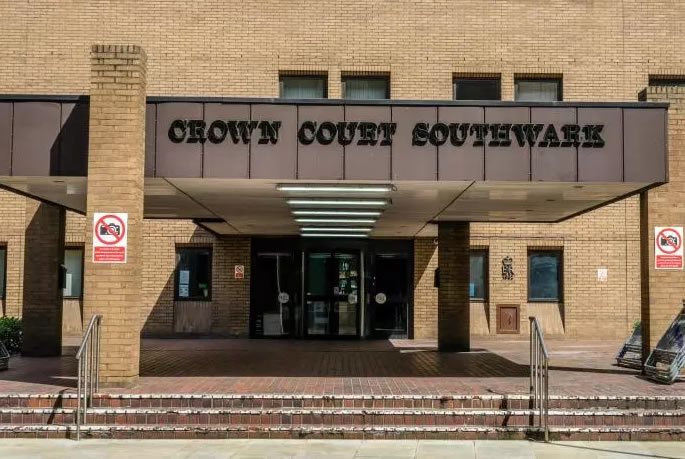 The prosecution told the court that the victim ordered an Uber taxi assisted by a friend believing it was a “reputable company”.

The victim had drunk “six medium or large glasses of wine” on the evening she was picked up by the Uber driver.

Appearing in court, she said:

“I remember thinking I was feeling quite drunk, I need to go home because I thought that was the safest option.”

Being in a “confused” and “bewildered” state due to the alcohol, she said:

“I don’t remember anything being said, I just remember being scared.

“I was obviously very, very drunk, and he was the sober driver who picked me up and took me to the back of his car without my wanting him to.

“He picked me up, he carried me to his car, I ended up in the back of his car.”

The victim stated there was definitely “no formal consent” given for the sex act. After which, she remembers just “lying there” as he took off her clothes and undressed her.

Durrani admitted to having sex with her but it was consensual and said:

“She went into my car herself. She was right outside her front door. She hugged me with her own free will. I tried to avoid her a few times.

“I tried to control myself for some time but how far could I have controlled myself?”

The Uber driver also claimed that the victim was “making noises like she was enjoying it”.

Durrani denied one count of rape and one of assault by penetration, claiming it was consensual. However, the jury found him guilty of both offences.

The judge sentenced Durrani to 12 years imprisonment for the rape and 8 years for the assault which will run concurrently.

In addition, an indefinite restraining order was also imposed on him by the judge, stopping him from contacting the victim.

Durrani is also not allowed to work for a taxi company in any capacity.

Whilst Durrani remained calm as he heard his sentence, his wife could not hold back tears in the public gallery.

Durrani then hung his head as he was taken to the cells with his wife watching.

A representative for Uber reacted to the case, saying:

“This was a horrific incident and we welcome this conviction.

“As soon as we heard what happened this licensed private hire driver was immediately stopped from using our app.

“Every trip on the Uber app is tracked by GPS and we worked closely with the Metropolitan Police to ensure this individual was brought to justice.”

Nazhat is an ambitious 'Desi' woman with interests in news and lifestyle. As a writer with a determined journalistic flair, she firmly believes in the motto "an investment in knowledge pays the best interest," by Benjamin Franklin.
Sana Cheema: Yet Another Victim of Honour-Killing?
British Pakistani Brothers held for ‘Honour Killing’ of Step-Sister