Uber Driver jailed for Beating Wife in Livestream on WhatsApp

Rahman Ullah was jailed for beating his wife and threatening to kill her in a livestream on WhatsApp to his relatives in Pakistan.

Rahman Ullah, aged 38, of Croydon, London, was jailed for 14 months on Thursday, October 4, 2018, at Croydon Crown Court for assaulting his wife in a livestream on WhatsApp.

The Court heard that Ullah, an Uber driver, repeatedly hit his wife Raja, aged 34, with the heel of his shoe until it left her with two black eyes.

Throughout the incident, which happened on May 9, 2018, Ullah filmed his attack in a Whatsapp video call to his relatives in Pakistan.

He also held onto a kitchen knife and mimicked stabbing her with it.

Prosecutor Faye Rolfe told the court that the couple were estranged. They were married for thirteen years before splitting in 2017.

On the day of the incident, Ullah arrived at his former matrimonial home in Croydon to drive their daughter to school.

He tricked her into handing over the key and let himself in.

“His wife was shocked to see him and he was on his phone, making a WhatsApp video call to his mother and brother.”

It was heard that he held the phone in a selfie-style and said: “I’m going to kill her today.” 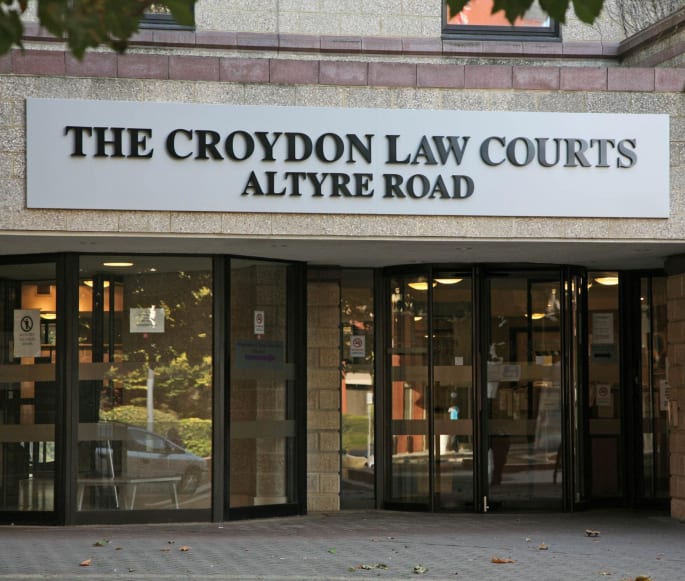 Raja fled the residence but only got to the communal hallway before Ullah grabbed her by the hair and dragged her back down the hallway, hitting her head on the floor.

Ullah then threw his estranged wife onto the sofa. He then went to grab a knife and began making stabbing motions towards her.

All of which was still being filmed and Raja genuinely thought she was going to be killed, according to Ms. Rolfe.

The prosecutor added: “The fact that it was filmed makes it more humiliating for the victim.”

Ullah was arrested and told initially told police his wife was the aggressor and attacked him.

He eventually admitted to his assault which caused actual bodily harm.

In her victim impact statement, Raja said: “I’ve not been sleeping well. I’m aching all over and have a bruise to my head, where I was dragged by the hair.”

“I’m scared to sleep in case my husband gets back in the house to kill me.”

“I took a week off work because I did not want to be seen in that state.”

Recorder Tom Forster, passing sentence said: “You were engaged in a WhatsApp video call to Pakistan, informing them you were going to kill her.”

“She was understandably tearful and you tormented her with a knife, repeatedly making stabbing motions towards her and said you were going to kill her.”

“She got two very visible black eyes and obvious bruising to the sides of her face. You gave her a brutal beating.”

“You used the heel of a shoe as a weapon and used a knife as a weapon to threaten and filmed the whole thing on a phone.”

The father-of-two was jailed for 14 months and was also made the subject of an indefinite restraining order, preventing him from future contact with his wife.

Dhiren is a journalism graduate with a passion for gaming, watching films and sports. He also enjoys cooking from time to time. His motto is to “Live life one day at a time.”
MSDUK Awards 2018: Highlights and Winners
Hassan Butt jailed for £1.1 million eBay Scam