Over a thousand business people from ethinic minority backgrounds attended the MSDUK Awards, the UK’s most presigious diversity awards event.

"I am someone who loves what they do with great passion."

The MSDUK Awards event for 2018 unveiled the winners of the supplier diversity awards on Wednesday, September 26, 2018, at Birmingham’s Vox Conference Centre.

It concluded a two-day event (25th-26th September) which was sponsored by GlaxoSmithKline.

A number of speakers were lined up at the event. This included Channel 4 news presenter Krishnan Guru-Murthy and Janice Bryant Howroyd, the first African-American woman to build a $1 billion business.

Guests were treated to performances throughout the evening such as dhol players. They were also provided a stunning dinner, which was sponsored by Barclays.

It is a must-attend event for Ethnic Minority Businesses looking to promote their business and to network with like-minded businessmen and women.

The winners were from both large corporations and smaller businesses. The recipients have worked in making supply chains both inclusive and competitive and were recognised for it.

Founder and current CEO Mayank Shah has developed the non-profit organisation into the leading one for driving inclusive procurement. 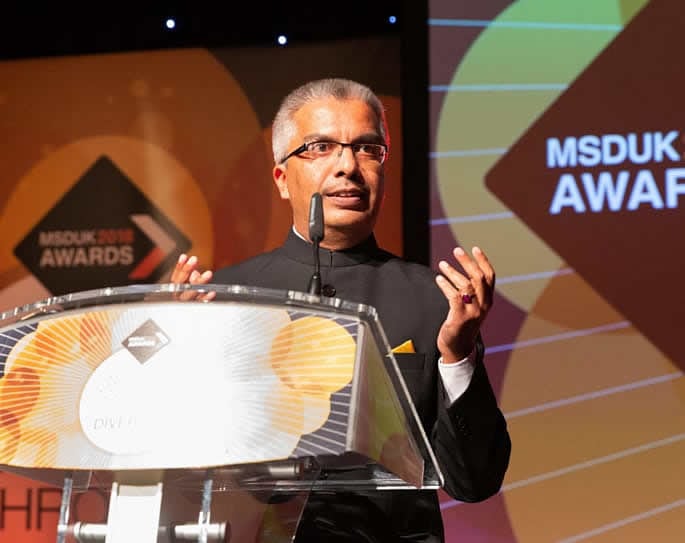 They represent over 3,000 ethnic minority-owned businesses with the ultimate goal of achieving growth.

The reason for working with EMBs is that they bring a unique spirit and have a proven track record of hard work.

The MSDUK Awards is a celebration to recognise the hard work EMBs are putting into the economy.

“This year’s awards were driven by the idea that innovation through diversity will be what powers the UK economy over the next decade.”

The awards were split into six categories and were sponsored by other companies.

The award recognises businesses which have shown a large growth over the last two years within their respected markets.

HS2, the largest infrastructure project in Europe, was the recipient of The Inclusive Procurement Award.

It is an award which is presented to a British public or private sector purchasing organisation external to the MSDUK network which shows a strong commitment to supply chain diversity.

The Businesswoman of the Year Award was given to Farida Gibbs, CEO of Gibbs Hybrid. They provide integrated Talent Management Services, Programme Consultancy and Outsourcing Solutions to mid-market companies.

MSDUK described her leadership as “dynamic, creative and visionary”.

Farida Gibbs said: “I am thrilled to be named MSDUK Businesswoman of the Year.”

“I’ve never considered myself to be an ‘entrepreneur’, I am someone who loves what they do with great passion.”

“I didn’t do well at school, an illness at the age of 15 saw me in and out of hospitals and I left school with two GCSEs. I felt like a failure”

“Whatever I set my mind to do, I do. Whatever we dream, our vision is all within our reach.” 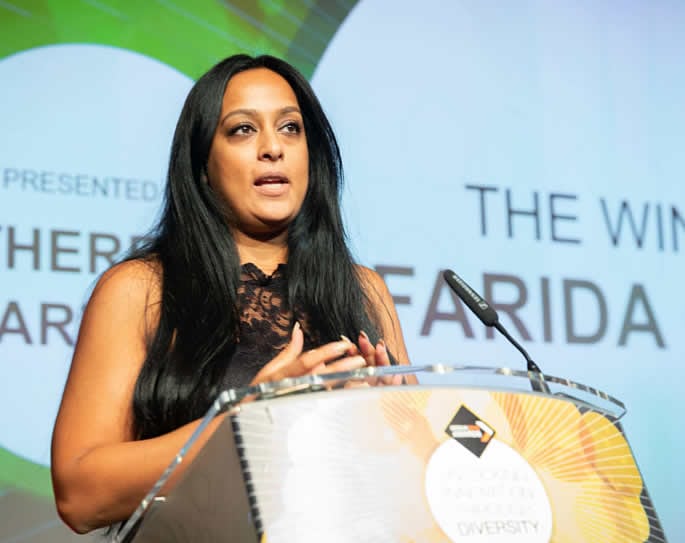 Here is the full list of winners for the 2018 MSDUK Awards:

Businesswoman of the Year

Entrepreneur of the Year 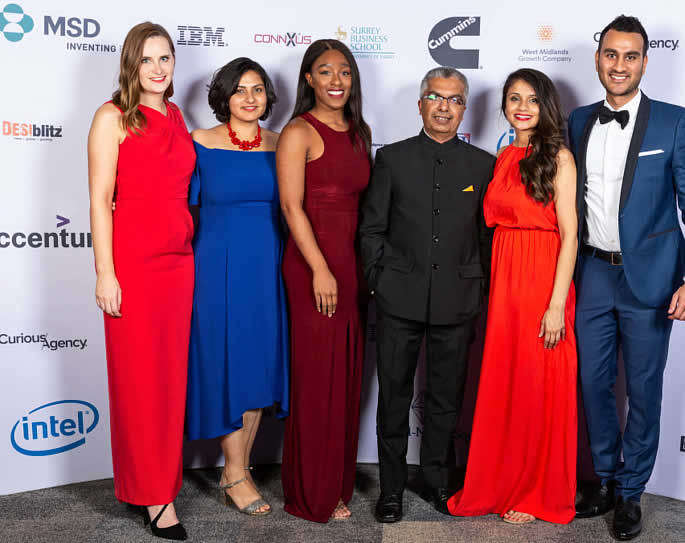 Overall the 2018 event was a huge success and Mayank Shah congratulated the award winners and the nominees.

He said: “All of our award finalists are living proof of this principle, and long may their commitment to supply chain diversity continue.”

“Our warmest congratulations go to the winners of the MSDUK Awards 2018. They deserve these awards for the outstanding and important work they do.”