Sajid Javid has announced new measures to address the issues of forced marriages in the UK, allowing victims to report anonymously and block spouse visas.

UK’s Home Secretary, Sajid Javid has announced a new campaign of strict and mandatory measures to tackle forced marriages and to help victims.

The new method will allow forced marriage victims to report anonymously. The report and information provided by the victim can then be used legally against an individual trying to enter the country and in turn, as a spouse, have their ‘visa blocked’.

Javid hopes that this approach will help women who are facing the crime of forced marriage, saying:

“When women have the courage to come forward, and inform us that they have been forced to sponsor a spousal visa against their will, we will not only protect their anonymity, but we will also do everything we can to deny and revoke that visa,” Javid told a political conference on Tuesday.”

About 2,000 forced marriages cases were reported in 2017 to the UK’s Forced Marriage Unit and a majority of the cases involved young women with backgrounds from South Asia.

Official forced marriage figures show that they are the highest in the West Midlands and Birmingham, and are linked to Pakistan, where the marriages take place. 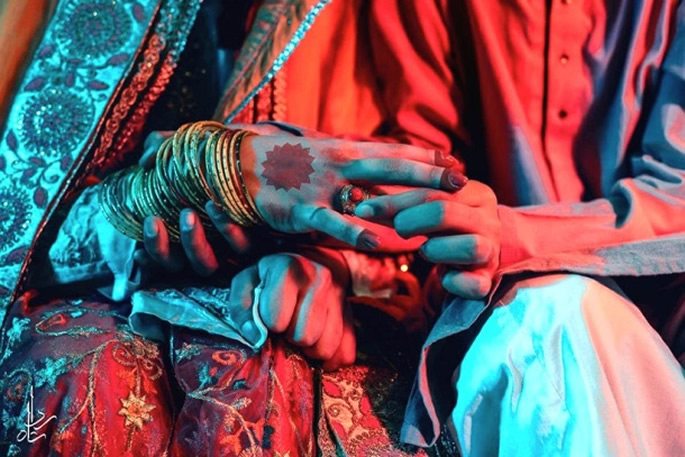 “Forced marriage is an appalling crime that has no place in Britain, it is not compatible with British values and we will not tolerate it.”

The new measures are to help British born victims who have had their freedom and choice taken from them, said Javid:

“This range of measures will build on our work to protect those at risk of forced marriage, so everyone in Britain has the freedom to choose who they spend their lives with.

“Supporting victims will be at the very heart of these new proposals to give them confidence to speak out knowing the government is on their side.”

The move is also to make it much harder for potential immigrants from countries like Pakistan to enter the UK under the premise of marriage with victims of forced marriages.

The new measures announced by Javid ensure that a person reporting the matter will be protected and the information they provide will be usable as closed evidence to refuse a visa and that the refusal will be acceptable in an appeal court.

In addition, there will be a communications campaign to highlight the issues of forced marriages, accompanied by a series of roadshows promoting how the protection orders will be used for forced marriages.

It is hoped these measures will make it easier for victims to come forward and the process will protect their identity in the process.

Therefore, helping them to stop forced marriage partners to enter the UK or continue to stay in the country.

This has been a major issue for victims currently because immigration rules require them to write a public statement in order to get a marriage visa of a spouse blocked.

This leads to significant safety problems for victims as the executive director of Karma Nirvana, Natasha Rattu told the Thomson Reuters Foundation:

“Many victims do not report forced marriage.

“This is largely down to the fact that by doing so, the potential spouse and family will be alerted.

“This can increase potential risk of harm and likelihood of being disowned and ostracised from the community”.

“By allowing victims to report forced marriage anonymously not only increases potential reporting levels but provides better protection to victims”.

“We have campaigned to see this change and are pleased that victims can report while protecting their identity.”

“Having spoken to many of the very vulnerable victims, they said if this was available (sooner), they would have used it and prevented the abuse they received at the hands of their husbands they were forced to marry.”

Whilst Javid wants to encourage victims to report more of these crimes to the police anonymously, he also wants a mandatory reporting duty for forced marriage by professionals.

Consultations will take place between the Home Office and professionals working in support of victims as to how mandatory reporting can be implemented which match other crimes against women like female genital mutilation.

Forced marriage was banned in Britain in 2014. However, only two convictions have taken place against offenders.

With the new measures in place and announced, it is hoped there will be more convictions against perpetrators and that they will act as a deterrent to those using forced marriages as a means to enter the country.

Amit enjoys creative challenges and uses writing as a tool for revelation. He has major interest in news, current affairs, trends and cinema. He likes the quote: "Nothing in fine print is ever good news."
Leicester ‘Hip-Hop artist’ jailed for Abducting Two Girls
MSDUK Awards 2018: Highlights and Winners