A businessman from Cardiff has been jailed for 16 years for raping and forcing a Muslim woman into marrying him. He is the first to be sentenced since the Forced Marriage law came into force in the UK in June 2014.

“Challenging and changing hearts and minds from voices within communities is the answer.”

Forced marriage laws in the UK saw its first successful prosecution on June 10, 2015, as a businessman faces 16 years behind bars for forcing a Muslim woman into marriage.

In the landmark case, the 34-year-old businessman from Cardiff raped the 25-year-old woman and emotionally blackmailed her into marrying him in 2014.

Despite being already married, the man, unnamed for legal reasons, had become insanely obsessed with the victim.

Merthyr Crown Court heard that he coaxed the young woman into his home by telling her it was a gathering with friends.

However, she arrived only to realise there was no party and the property was empty. Next thing she knew, the curtains were drawn and she was locked in.

The man used scarves to restrain her movement and gag her. Then, he put on loud music to cover up the sound of her screaming for help, before started raping her. 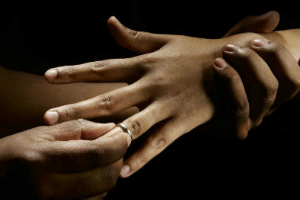 Afterwards, he asked her to take a shower and filmed her with a secret camera concealed in the towel rail.

In an attempt to force her into marrying him, the Cardiff man showed her the video and threatened to publicise it if she did not obey his command.

What followed was a torturous period for the Muslim woman, who was repeatedly and systematically raped between March and September 2014.

He eventually turned up at her workplace one day and forced her to marry him in a mosque under another severe threat.

Judge Daniel Williams said: “She was told that if she did not submit to your demands, her parents would be killed.”

The court also heard how the man had meticulously planned his intrusion into the woman’s life, such as setting up a fake Facebook account to make her believe her ex-boyfriend was homosexual.

Meirion Davies, defending the businessman, argued he was a good man because he ran a ‘successful enterprise’ in Cardiff and was involved in a lot of charity work.

She stressed: “He has expressed regret about what he did.”

But Judge Williams was not convinced the man was remorseful, in spite of pleading guilty to four counts of rape, forced marriage, bigamy and voyeurism.

Williams said: “When you first raped her, she was still a virgin – something which you would use to ensure her silence.

“You threatened that if she disclosed the rape to anyone, you would make that video public. You made her feel that she was no longer marriage material [for anyone else] in the hope that she would turn to you.”

He continued: “Over the period of which you raped her…it was your intention to cause her irreparable harm so that no one would want her.”

Williams indicated the man was a high-risk threat to women and highlighted his attempts to influence the woman to drop the case by altering his plea several times. 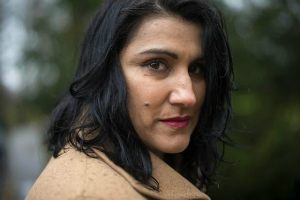 In addition to handing the man a 16-year prison sentence, Williams also made sure he remains on the sex offender register for ‘an indefinite period’ to safeguard potential victims.

Forced marriage became a criminal offence in the UK under the Anti-social Behaviour, Crime and Policing Act 2014, in June 2014.

Jasvinder Sanghera, who played a key role in pushing Prime Minister David Cameron to implement the law, was extremely pleased with the outcome of the case.

She said: “It became law in June last year in the face of a lot of opposition, we had barristers’ chambers arguing for it not to be law, you had campaign groups saying it will not encourage victims to report, we have had a lot of people wanting it to fail.

“What we’ve noticed is the change of the law is an increase in the number of police forces wanting to engage with our organisation…the law brings with it a shift in accountability and a shift in attitudes.

But Rani Bilku from the charity Jeena International believes social change will be the main driving force in uncovering these cases.

Rani said: “Challenging and changing hearts and minds from voices within communities is the answer, as opposed to shouting from the outside and legislation.”

The Forced Marriages Unit estimated there are between 8,000 and 10,000 cases every year in the UK. It is hoped that a joint effort from law enforcement and community engagement will encourage victims to come forward and bring their attackers to justice.